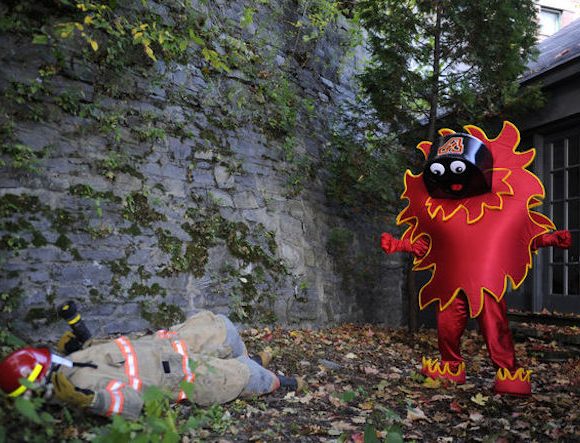 @BookofLoob is yet another creature we’ve unearthed from the darkest depths of the internet. We asked it questions, but don’t ask too many questions about it.

The Flames are still in first. This thing has to be real now, right?
Nashville is finally being undone by their “I love domestic abusers and a 36 year old Finnish Mike Smith” GM, and good things are never, EVER allowed to happen to Winnipeg, so yeah, this is real. You get some goaltending and you let the fake goalie ride the pine, mix it in with a top line that’s scoring at will, plus you throw in that, aside from Garnet Hathaway, you essentially have a top to bottom roster with real, functional players, the results are going to roll in.
Power play still sucks.
Johnny Gaudreau is fourth in the league in scoring. And yet he doesn’t seem to get the press of McDavid or Kucherov or the Colorado kids. He should blow past his career high of 30 goals with 23 already. Why the breakthrough?
If we’re calling this a breakthrough, it’s only because the breakthrough has been going on for about three or four years now and progressing as Johnny H enters his prime. Gaudreau and Sean Monahan could always rack up the points together, but it used to be Gaudreau carrying his line while Monahan got the vulture goals, but in recent years, Monahan has added a few dimensions to his game as well. Having a legitimate number 1 RW on their line with Elias Lindholm doesn’t hurt either.
Or maybe it’s because Johnny doesn’t get black out drunk at Cowboy’s anymore. But it’s probably not that, because Johnny absolutely still gets blackout drunk at Cowboy’s.
What are the Flames going to do before the deadline?
If you ask Leafs fans, it’s trade Rasmus Andersson to them, but if you ask anyone rational, it’s probably just a depth move here or there. As good as the Flames have been, they’re probably not Tampa Bay Lightning tier just yet, and unless they can swing Mark Stone, not many of the rental players out there are going to bump them up to that level.
I think they’d like a backup goalie in case anything happens to Big Save Dave, because you don’t want to have to rely on Mike Smith for anything other than wearing cool hats on the bench. Ideally, if you could murder him or trade him somewhere or something, that would help. One of the big mistakes the team has done this year is bury a really effective Michael Frolik, to the point where I see him being traded sooner rather than later. Maybe there’s something there.
But goddamn how cool would it be to get Mark Stone?
Let’s have you bitch about James Neal some more…
How about something nice? He’s the first overpaid, underachieving, head scratcher of a Brad Treliving acquisition that isn’t an ex-Hawk.
At least not yet 😉
Finally…do you want to walk with Elias?
I have bought so many scarves, floral shirts, and a Fender guitar. I want everyone watching the game to silence their cell phones, hold your applause, and shut your mouths. There is one universal truth, a tenet I hold above all else. You see it when the top lines rolls over Brent Seabrook, and you feel it when you look into Cam Ward‘s eyes, his terrified, self aware that he is Cam Ward eyes. It becomes a part of you when the game is over and it’s 5-1 for the Flames and the Hawks are salivating over Jack Hughes while Calgary looks to wrap up home ice throughout the playoffs, and that truth is…. WWE STANDS FOR “WALK. WITH.ELIAS”.
Say it with me now Sam. 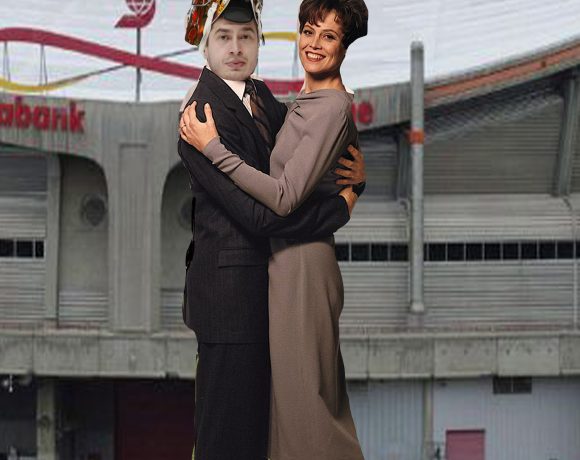 Game #28 – Flames vs. Hawks Q&A: Some Survivalist In The Alberta Hinterlands

Mike Pfeil is some nutjob we were pointed to a while ago. He’s got scary views. And face. But we love him, we think. Anyway, he knows his Flames hockey. Which doesn’t say much for him.

First place and rolling. Is the Flames success merely down to finally, finally switching to Big Save Dave?

It’s a combination of a lot of things, but the surge of legitimately good goaltending performances boils down to Big Save Dave (David Rittich). It’s hard to believe the Flames’ confidence in Mike Smith continued, but a lot of it comes down to the kids (and even Rittich) being perceived as not ready or unable to carry the workload.
And for the time being, Rittich has proven them wrong; giving the Flames goaltending we haven’t really seen in awhile. We saw glimpses of acceptable or above-average performance at times from Brian Elliott, Chad Johnson, and even Mike Smith but this is different.
Beyond Rittich the top line of Johnny Gaudreau, Sean Monahan, and new-Flame Elias Lindholm have been fantastic. A lot of fans were hoping to see Lindholm’s offensive game grow if he spent time with the two and it has blossomed nicely.
Shit-heel extraordinaire Matthew Tkachuk has taken a huge step forward (again, just like each year) and Mikael Backlund remains a constant in dictating pace of play. The revolving door on the right-wing of Michael Frolik, Sam Bennett, Austin Czarnik, or even James Neal has been hit and miss.
Depth in the bottom six is great and we haven’t even discussed the blue line. Dougie Hamilton’s departure is huge, but everyone has stepped up. Mark Giordano remains timeless and in pursuit of a Norris Trophy already. Travis Hamonic has returned to form after last season’s doldrums. TJ Brodie has had his moments, but looks better-ish. The rookies: Rasmus Andersson, Juuso Valimaki, and now Oliver Kylington all look pretty solid too.
It’s just a lot of good happening for once. I could go on and on about the legitimately good things.
How has Mark Giordano not won a Norris? Is this the year he gets something of a lifetime achievement award? Or Flames fans do what the Kings fans do and just wet themselves until he wins?
Injuries at weird inopportune times and really deep classes of talent. He should have been a finalist in 2013-14 . He probably should have been a finalist and won in 2014-15. He just does so many things well despite just turning 35.
He should be a finalist if he keeps it up at this pace. The thing is, the league has some of the best talent on the blue line in ages. This is a golden age we’re living through and most teams have a guy of exceptional caliber. The problem is this league has weird voting habits and typically pick guys who “deserve” it rather than have earned it.
If he wins, it’ll be evidence that a lot of folks didn’t need, but also needed to prove he has been one of this era’s best.
Noah Hanifin had a rough start in Calgary. Has that straightened out?
Yes and no. He looks a step behind the play at time and still makes boneheaded decisions with the puck. You ask a lot of fans and they’ll say he’s better than Hamilton was; I remain firmly in the “prove it then” camp because he hasn’t been as impressive as one would imagine.
I like his play at 4v5, predominately on entry suppression and breaking up breakouts that try to enter the zone quite a bit. It’s a very low key part of his game that shows how well he can manage gap control and time & space with plays occurring.
But to flip that, he’ll throw a puck into a location that is immediately at risk of screwing the Flames over. It’s a weird hot and cold experience with him that hopefully comes down to new town, new team, just some minor anxieties.
So now that he’s got goaltending is it that Bill Peters might not be a moron?
It remains to be seen, but I like the results and the emphasis on the top-nine getting TOI. [Glen] Gulutzan rode four lines regularly; while Peters doesn’t and it’s a welcome change. He needs to tighten up play resulting in high-danger chances though. It’s a huge issue that hopefully gets worked out.
I think he’s a step above Gulutzan, but anything can happen in this league. I’m sure in a year I’ll be calling for his head for some reason.