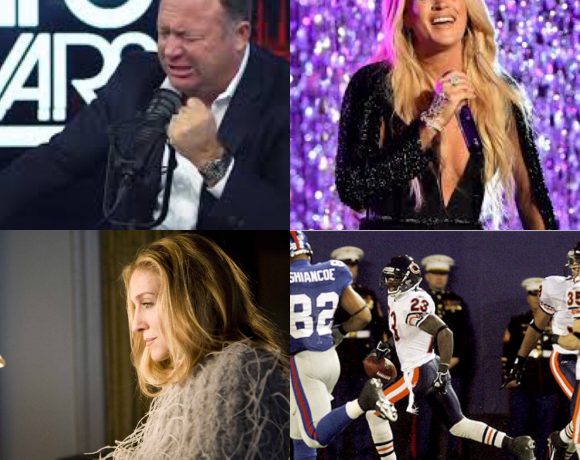 Welcome back to THE VAULT: my weekly musings about Bears history, making me the Carrie Bradshaw of the Bears or at least of this website. If you track the metaphor a little bit deeper, you’ll find that Josh Bellamy is my Mr. Big, whereas Dez White had my love slip through his fingers like so many 3rd down passes.

Today’s blog is, like a Sex and the City article, based on a series of vaguely existential questions; questions that make you really stop and think. Questions like:

“Why don’t Bears fans give Dez Clark the amount of respect and reverence for his time in Chicago as they do Greg Olsen?”

“With an understanding of the roster at the time, is Cedric Benson one of the worst Bears draft picks ever?”

“Was Muhsin Muhammad right when he said Chicago is where receivers go to die? Is Mark Bradley dead?”

“What do you think Tommie Harris is doing RIGHT NOW, and is it more or less interesting than whatever Mark Anderson is doing?”

Finally, and most importantly: “Why is it that whenever any national sports broadcast shows the Devin Hester missed field goal return they never use the WBBM call?” Jeff Joniak CLEARLY has the superior play by play call of that score and Tom Thayer’s exuberant ‘NO WAY!’ is so so so good.

These questions are all above my pay grade as a single woman trying to find love in New York City. Speaking of the Big Apple, the 6-2 Giants hosted the 7-1 and eventual Super Bowl-bound Bears on Sunday Night Football.

This of course was back before we were blessed as a nation with Carrie Underwood welcoming us to the “Nasty Showdown” of the week. Instead,m we were listening to Pink singing roughly the same song with a few major exceptions. Pink’s version has the lines: “All right, Sunday night, where are you? Just kickin back from the things that you do”, whereas Carrie Underwood’s version until 2015 starts: “All right Sunday night, where are you? Waiting for the game that bleeds red, white, and blue.”

Look, I know. I know how this is gonna sound, because both my short and long term memory has been ravaged by decades of recreational drug abuse, but hear me out because I fell in a pretty deep rabbit hole here: the Faith Hill 2010 Sunday Night Football theme song is the first one since the song debuted in 2006 with the patriotic lyrics in the first verse, and it ran until Carrie Underwood’s revamped version hit the air in the 2016 season without those lyrics.

As some of you may recall, the NFL and the Department of Defense were essentially selling the military to fans between the years of 2011-2015, where several teams received a combined amount of more than $5 million in taxpayer money to run promotions for the armed forces (1). It also needs to be noted that the NFL didn’t have players on the field during the anthem as standard practice since 2009 (2).

How much money was Carrie Underwood getting paid under the table to change the lyrics to the Sunday Night Football theme to make it coincide with a massive pro-military, nationalistic push deep into the very concept of the National Football League? How deep does this all go? Did Carrie Bradshaw ever feel like this, like an Alex Jones level journalist, exposing the hidden agenda of the deep (NFL) state? How deep does this rabbit hole go? All I’m saying is if you type “Roger Goodell” into an anagram generator, one of the results is “Old Leg Gore Or” and while I’m not trying to convince you that this is all a ploy to fuck my fantasy football team, I’m not denying the presence of old legs Frank Gore has SEVERELY impeded on Devin Singletary in multiple weeks for me this season.

Okay yes I am trying to convince you that the Department of Defense, Carrie Underwood, Faith Hill, Roger Goodell, and the NFL have all formed a secret cabal to screw me out of fantasy football money.

Now that we’ve got that out of the way, the Bears won this game. Rex Grossman looked competent, Thomas Jones was excellent as always, and every time the Bears scored they mocked the stupid Giants jump-shot celebration. Look, if you’re gonna pretend to hit a fadeaway jumper, you better be playing for the same city as the guy who made that move iconic. The Giants should’ve stuck to an iconic New York basketball move of their own, like maybe they could pull an Ewing and celebrate by pretending to miss a wide open finger roll at the buzzer in game 7 of the Eastern Conference Finals. 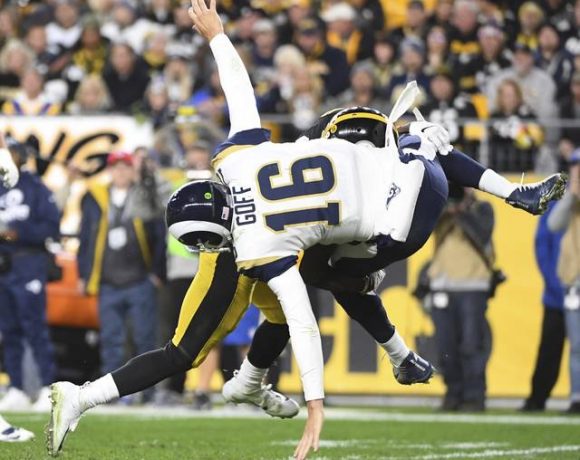