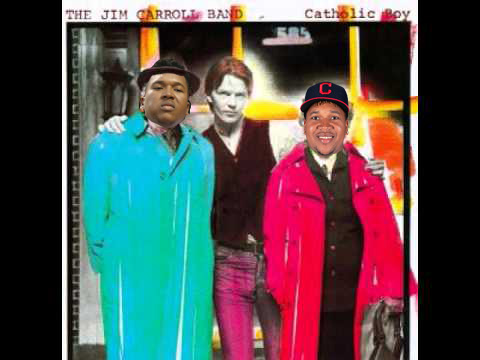 Indians Spotlight: All The People That Died Died Are Jose Ramirez

To give you some idea that the NL MVP debate last year was kind of silly, Jose Ramirez had a season that completely dusted both Christian Yelich and Javier Baez, but didn’t come close to getting the award in the American League thanks to Mookie Betts and Mike Trout being alive and playing there. And Ramirez did that even though he stopped being counted among the living somewhere in August ’18. Sadly for the Tribe, he hasn’t located the Village Of The Oxygen Breathing again this year either.

The fact that Ramirez put up an 8.0 fWAR season last year despite going into the tank for the last six-to-eight weeks clues one in  just how good he was before. Going by just the first half, JR went .302/.401/.628 for an OPS of 1.028. That’s alien type stuff, and at just 25 he and Lindor looked set to anchor the right side of the Cleveland infield from here until the Earth melts (like, literally. It’s not that long and they could easily play until then).

But something happened in August, and Ramirez has yet to recover. He hit .245 last August, and then .174 in September. He just stopped hitting line drives, or the ball hard at all. Where did it all go?

There doesn’t seem to be one answer. Did pitchers start treating him differently? Yes, that’s for sure. Ramirez definitely saw significantly less fastballs in the season’s last two months, and last year those were replaced by change-ups and splitters and various other offerings that are considered “off-speed.” Combined with sliders and curves, basically not-fastballs, pitchers found something to exploit. In the season’s last eight weeks last year, Ramirez hit .083 on sliders, .115 on curves, and a Blutarski-like .000 on splits.

Ramirez has seen just about the same diet starting this year, and looks to have come in prepared for that. His batting averages on splits, curves, and sliders are all above .280. He hasn’t really hit them for a ton of power, but it hasn’t been embarrassing. But now he’s hitting .141 on fastballs. He’s popping up more fastballs by far than he did last year, which lets you know he’s behind. So in a sense, it looks like Ramirez has been caught in between for four months spreading over two seasons. Which is really hard to do.

Injury has to be a part of it though, doesn’t it? Ramirez did hurt his knee at the end of spring training this year, and it was later claimed it wasn’t serious. But can this trainwreck be explained by a completely healthy body?

Because the contact Ramirez has been making has been declining as well. Last year in July, Ramirez’s average exit velocity on fastballs was 90.6. In August it was 88.1. In September it was 86.5, which honestly is Heyward-like. This year started out back at over 90 MPH on fastballs in April, but has sunk back down to 87.5 in May. Offspeed pitches are on the same downward trajectory, whereas his force on breaking pitches (sliders and curves) is actually trending up. It’s clear what he’s sitting on, but it’s leaving him vulnerable to fastballs and pitches that are supposed to look like fastballs until they aren’t.

It makes yet another question for the Tribe, who very well might be facing blowing it all up at the trade deadline. The offense is a puddle. the outfield is a mess, they’re already 9.5 games behind the Twins, and Corey Kluber and Mike Clevinger are already on the shelf. Ramirez is remarkably cheap, signing an extension $40M over the next four seasons and that’s if the two team options at the end are exercised. He’s only 26, and this can’t be forever, right? That contract certainly buys Cleveland a bunch of time to let him figure it out…or makes him awfully attractive for a team that thinks it can reclaim the soul he lost.

Clearly the Indians aren’t going anywhere (nor my fantasy team) if Ramirez doesn’t ever hit again. Can you rebuild around the guy who had a major hand in putting you in the rebuilding spot in the first place?