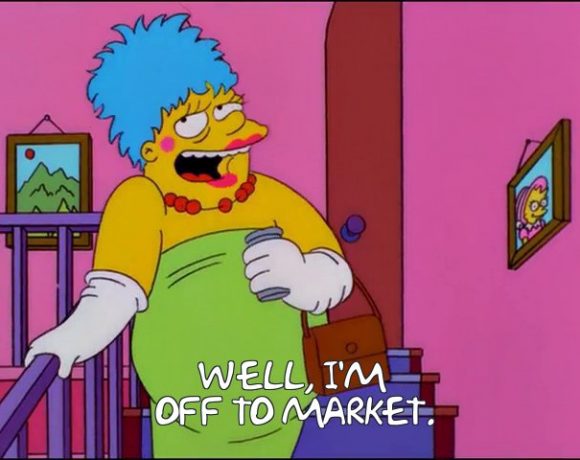 Monday is when the doors fly open and GMs go climbing and rushing over each other for the chance to splash the cash on whatever player or players they think will take them to the promise land. Or save their jobs. Stan Bowman and the Hawks have been making noise at being interestingly active for once past July 1, so what might they be in the mood for? We start with the winger they’ve been most heavily linked to.

What they’ll tell you, though we might not necessarily believe, is size and goals. Lee would immediately become the Hawks’ main power forward threat, now that Artem Anisimov is no more than a fourth-line winger if not garbage to be jettisoned before the jump into hyperspace. On the top six, the only winger with size at the moment is Brandon Saad, and he’s not really much of a crease-crasher, space-eater, greasy goal-getter. While we might hem and haw, you do need that somewhere and Lee does that. And the dude scores. 28 last year, 4o the year before when playing with Tavares, 34 the year before that. That 102 goals over the past three years ranks Lee 12th in the league, ahead of names like Skinner, Seguin, and MacKinnon and right behind Kane and Draisaitl. Goals are still the name of the game. While the 28 goals might look a drop, Lee moved from the first line to the second line with Brock Nelson and Jordan Eberle.

While Lee isn’t exactly swift, he does carry the “moves well for his size” label. And perhaps under the radar, the dude is good in both ends, with an expected goals percentage way over the team-rate both last year and three seasons ago and consistently ahead of it every year. And he’s done that with Captain Jack Capuano‘s Fury Road With No Planning methods or Barry Trotz’s cure for insomnia. So he can do just about whatever you ask him. He’s also been the picture of durability, missing nine games in the past five seasons total.

Well, that depends on how much you think speed matters in the game in terms of size. Lee won’t make the Hawks any faster, and they already are behind in the game when it comes to speed with which it is played. It’s also a little hard to picture where Lee would line up. He’s almost always been a left-winger, but you wouldn’t necessarily want to play him with Kane unless Toews was between them. As we’ve seen, Kane will make just about anything work but ideally has an actual sniper on the other side instead of just a crease-crasher. Lee isn’t really that. You could play him with Toews and RW du jour (Saad?) and have a hybrid scoring/checking line again, if Toews is up for that. Lee also might come at a higher price than you might think given that goals-standing over the past three seasons. He will be 29 when the season starts, so committing a ton of years to him might just leave you with an awfully expensive Andrew Ladd (now) on your hands in three or four years.

Much like his former teammate in de Haan, you can’t see how a Lee signing would make the Hawks any worse. He would be an excellent weapon on the power play blotting out the sun, and he can do more than just stand there and shift out and make plays as well like Strome did. Whether that’s on the first or second unit, it would certainly strengthen it. The Hawks need someone to occupy defenders down low, and Lee does that, which should open up more space for the more creative forwards he plays with. And he probably helps defensively, too.

On the other hand, we’re talking about a not all that quick player heading into his 30s, and you have to wonder how much of a step he can lose before the hands and brain can’t compensate any more.

Like with anything, it’ll depend on the deal. You’d be awfully antsy about handing him more than five years, or anyone really. Second, given that goal-total the past three years, Lee wouldn’t be remiss in asking for $8M or more. Jeff Skinner, whose numbers Lee has essentially matched the past three seasons, just signed an extension that’s $9M per year. On the other end, Cam Atkinson–another numbers match–is only paid $5.8M per year, though he signed that extension a little while ago.

Eyeballing it, the upper-limit on what I would hand Lee is $7M per year. And that’s if you absolutely have to. That would still leave the Hawks with wiggle room to either do more or save space for DeBrincat and Strome (if he earns it). Skinner’s $9M seems too high as he has four 30-goal seasons on his resume to Lee’s two. Even $8M feels that way. If you can get Lee in for between $6-7M and for five years, six at the absolute max, you’ve probably got a good deal. Otherwise, shop better.