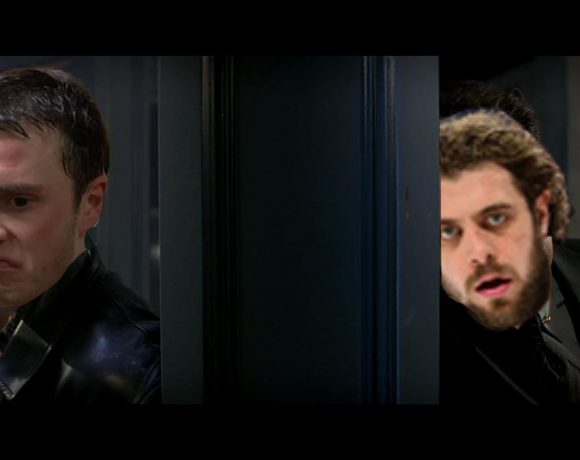 Once again we had to dig up one of our favorite lunatics on Twitter to find out about the Kings. Follow Aaron @atf13atf.

The Kings sit atop the Pacific. They have a +19 goal difference. Anze Kopitar is a point-per-game again. Certainly much better than last year. What’s been the change? Is it simply the one behind the bench?

It probably is just the personnel behind the bench, both a combination of new voices (Offensive Coordinator Pierre Turgeon) coming in and old voices going out (such as Sutter, and Davis Payne who is now in charge of the Sabres’ 30th ranked power play). Stevens has been an assistant since the Terry Murray years in 2010, but finally gets his shot to run things. In a league where every team tries to win every game 2-1, Darryl Sutter’s attempts to win every game 1-0 had grown stale.

Dustin Brown – 21 points. What kind of god allowed this?

When the team went through eastern Canada a month into the season, every article about Brown (and Kopitar) concluded that they each looked like a piano was removed from their back. Alec Iafallo, definitely someone I’d known about before training camp ended, has been a revelation with a bunch of scouts saying they missed him. I’m sure Brown’s 13% shooting (and especially Kopitar’s 19%) to come down a bit, but at least their contracts look somewhat above water again.

Who is Adrian Kempe?

Called up last season to try and get some scoring going, which was ultimately useless when Sutter played him about 90 seconds a night. Not to be confused with his brother Mario Kempe, Darcy Kuemper, or Matt Kemp. Looking good so far this year with Toffoli and Pearson.

The Kings have gotten yeoman’s work out of Jonathan Quick. Certainly full health is a part of it, did the rest of barely playing last year also contribute? Have you noticed him doing anything differently?

A wise man named Cieslak once said, “Book is out on your goaltender. He’s only gonna stop between 90 and 95 percent of shots faced. The league knows all about it.” Quick, who’s been much closer to the 90% than anyone expects for oh, half his career now, is sitting at his same .929 from 2011-12. I guess having an intact groin helps these guys.

So is this start for real or are the Kings riding a top line and their goaltending brilliance and will crash down?

Their shooting percentage is above average, ish, even with Jeff Carter out for still another couple of weeks. The goaltending has definitely carried them a bit, but the games don’t look over if they go down 1-0 in the second period. They’re certainly watchable again, a marked improvement over even the Cup years.

Prediction: J-F Berube shuts out his old organization. I redeem my giveaway Chick-Fil-A coupon this week after the Kings take the required five penalties.