WHERE YOU GOIN’, CITY BOY? On The Forecheck

The Hawks hit the home stretch before the All-Star break with a trip down south. It starts in Nashville before doing the Florida swing later in the week. They’ll see a Predators team that last week thought it had solved its biggest problem, and this week may have figured out it has one it can’t do anything about.

Since dropping a 3-2 decision here that was #8 during the Hawks’ current streak, the Preds have lost in Winnipeg in overtime and then shout out the Wild at home. That shutout was notable because it came with Carter Hutton in net, and it looked like it might be Peter Laviolette moving toward possibly demoting club icon Pekka Rinne. Rinne is going to get the start tonight, which has some in yellow wondering why that should be after the win against Minnesota.

And this is the jam for the Predators. Rinne has been bad essentially since December ’14. Throw out a good October for him, and Rinne’s stats are 10-13-6, .902 SV%, and a 2.64 GAA. That just plain sucks. It’s not all that different from the second half Rinne put up last year. There’s really nothing to suggest that Ol’ ShitHip is going to find it again at the age of 33, and whatever he is going to reclaim is a diminishing return. The problem is you’re not going anywhere on the back of Carter Hutton, who is 30 himself and has 66 appearances total in the NHL.

Where do the Preds go? It’s hard to think of a goalie they could trade for, and even then they’d have to admit that Rinne isn’t a team linchpin anymore and then figure out how he would handle being demoted. They already gave up their biggest piece in a trade in Seth Jones and probably still need another forward. How much more can they cough up? And they were pretty damn afraid of looking into trading Shea Weber because of his place within the organization even though he’d basically become the team’s #3 d-man. They chose Jones. Do they have the tires to alter the other half of the face of their franchise? The smart money says no.

As for Johansen, he’s been just about everything the Preds thought they were getting so far. In five games wearing the guitar strings on his numbers he’s got two goals and five assists, and must think he’s died and gone to Iowa to go from Tortorella and the Jackets to Lavvy and the d-man pushing up the ice in Nashville. They’re still short on offense from their forwards, which caused them to call up their 1st round pick from 2014 in Kevin Fiala. He scored on his season debut in Winnipeg two games ago. They’re certainly trying to up the amount of dash they have in the lineup.

The rest of the cast you know. They have a third pairing that’s something of a mess now, but the top four still has Josi and Ellis who really push the game to a pace that only a few teams can handle. When everyone’s on song, you get what the Hawks got last time they were down in Dixie, which is thumped. That just hasn’t happened much this season for the Preds. They’re still one of the best possession teams in the league and are probably due some bounces, but that won’t matter much if Rinne continues to play goal as if he was being attacked by bees. And in reality, Rinne hasn’t been wholly awful at even-strength with a .923 SV%, which is about middling. It’s the .821 shorthanded, and the .786 adjusted save-percentage (which tries to account for quality of chances against). Both of those are among the worst in the league.

For the Hawks, nothing has to change. The only guessing game is which of Rozsival or Scuderi will rotate in to play with TVR, and I’m guessing Scuderi will be saved for the back-to-back in America’s wang. Corey Crawford will of course get the start. Everything else remains as it was, because when you’ve won 11 in a row you don’t get too tinker-y.

As always in Nashville, the key to the game is to not let the Preds turn up the volume too much. When they get going in full flow and their defense are pressing all the way up the ice and choking off the Hawks breakout at the very first line, the Hawks have had a tendency to get blown out of the building. When the Hawks can just get out of their zone consistently, chipping pucks behind behind the pinching D and getting into the Preds zone to make them go 200 feet, they tend to get at Rinne. It’s weird to say the Hawks have to slow things down against anyone, but the Preds are one of the few. 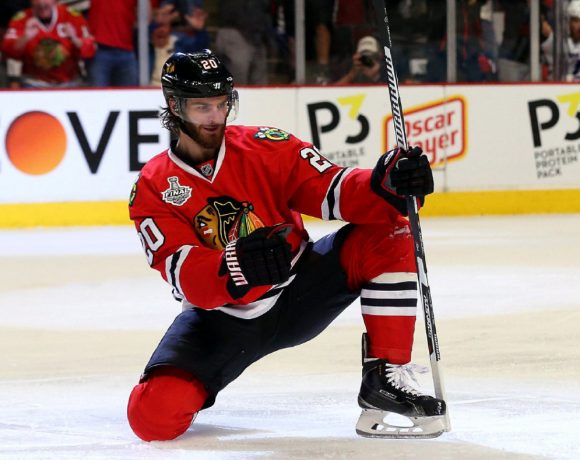