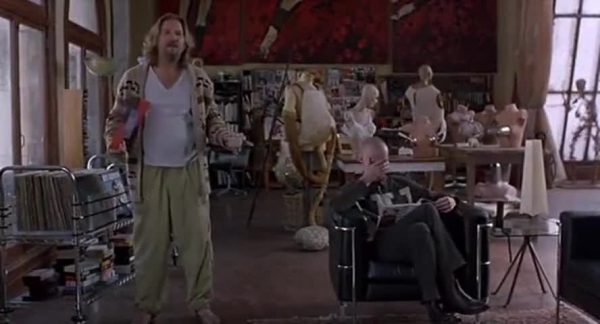 ::shuffles papers:: So, w- who is this guy? Oh, oohhh, sure…Laur-RENT Dauphin, riiiight…::glances around nervously:: I’ll be honest—until I saw his name on the Hawks roster, I’d never heard of this guy. What I took away from the Hjalmarsson trade was that we got a younger, ostensibly cheaper replacement, and a bag of pucks. Turns out, Dauphin IS that bag of pucks! What the fuck is with this guy? Who is he?

A Look Back: Much like Knox Harrington the video artist, if you asked Dauphin what he did, he would (or at least he should) respond with “nuthin’ much.” He’s a youngster at just 22. He played in leagues with unpronounceable names from deep within Canada, and then he bounced between Coyotes AHL affiliates, until 2015 when he bounced between said affiliates and the top club (if we can be so generous as to call the Coyotes top of anything).

In 24 games with the Coyotes last year, his offensive numbers weren’t exactly stellar (2 G, 1 A), and his CF% and faceoff percentage were both under 50 (45.9 CF% and 45.1 FO%). Now, as I said in an earlier post, if you’re a center and you can’t win faceoffs, gtfo. But it’s worth noting that he took exponentially more defensive zone faceoffs than offensive zone faceoffs. We also have a gaping hole the size of Marcus Kruger at center right now, and as my esteemed colleague noted yesterday, the Hawks have some options for filling it. Could Dauphin be his replacement? (No, no one will ever really replace Kruger, but you know what I mean.)

A Look Ahead: On paper, quite possibly. Kruger’s defensive-to-offensive zone draws last year were 71.0 to 29.0, and Dauphin’s were extremely close to that. Kruger’s faceoff percentage was better (49.1), but not by some insane margin. So maybe with a little more experience Dauphin could step into this role we so desperately need to fill.

But (there’s always a but, isn’t there), here is where it gets concerning. You see, it seems Dauphin is a bit of an oaf. A few years ago in one of those unpronounceable Canadian leagues, he got a 6-game suspension for obliterating some Russian dude from behind. (Remember, this was well before the 2016 election, after which it became totally acceptable to randomly kick the shit out of a Russian dude.) In his 38 games with Tucson last year, which is where he spent most of his time last season, he had a disturbing 44 PIM. With the Coyotes last year he had 32 hits in 24 games, but only 11 shot blocks. For reference, Kruger had about the same number of hits (31) in over twice as many games and 62 blocks. I know, Kruger played way more games but still…11?

Look, there is a reason it’s called the checking line, and I get that. Having some physicality at center isn’t a bad thing, especially because Toews will be treated like a Fabergé egg for the rest of his days, Anisimov is one concussion away from an early retirement, and Schmaltz is still figuring out how to take his training wheels off. But what we don’t need is a goon who takes stupid penalties and gets into a bunch of fights (another one of Dauphin’s specialties). Our defense is too uncertain to handle self-inflicted wounds like that. Remember that shitty PK last year? Remember Andrew Shaw? Let’s not go back to the bad old days, please. And if he can’t win more than half his defensive zone draws, could he at least block some damn shots?

And for the record, fighting is dumb. You can trot out any time-worn excuse you want—history of the game, “making a statement,” changing the momentum—I don’t really give a shit. We shouldn’t be luring guys into brain injuries and early-onset Alzheimer’s by dangling money in front of them to beat the shit out themselves, just because some old white guys say that’s how it’s always been. If teams still set themselves up to have oafs who destroy each other, there will be dudes who step in to do just that and get paid for it.

But I digress; back to the preview: So while I’d like to think Dauphin can be a 4C who occasionally moonlights on the third line for defensive draws, my fear is that he’ll become a penalty-laden liability. Maybe Quenneville can break his spirit enough that he’ll realize Mongo only pawn in game of life, and he’ll behave. Otherwise, we’ve got Lance Bouma, Tomas Jurco and Tommy Wingels in this race to the bottom.