Sit Back, Relax, and Strap it Down – ’17-’18 Blackhawks Player Previews: Nick Schmaltz 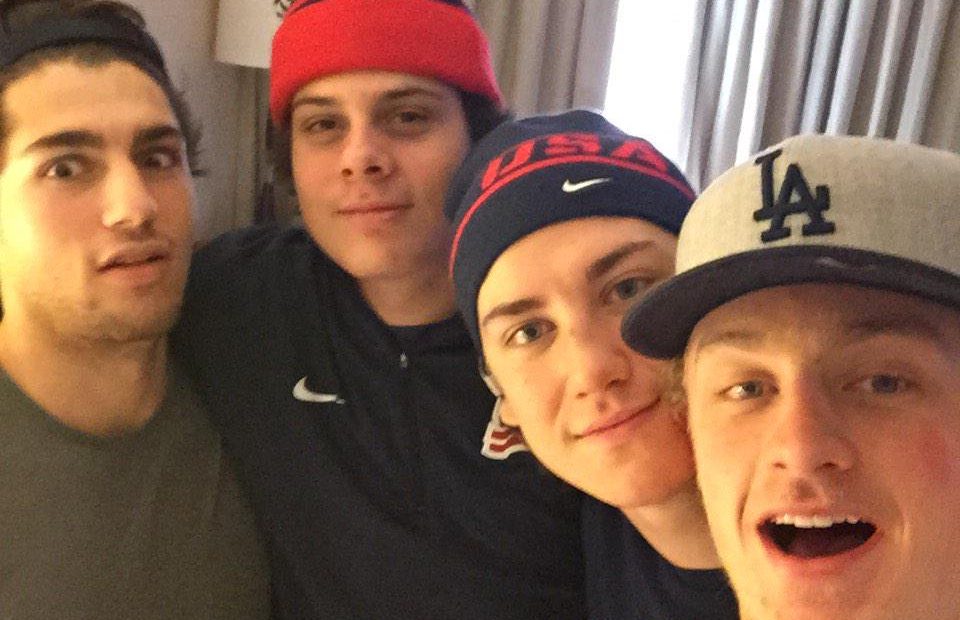 After the Blackhawks tore my heart out by trading Teuvo, it did not take long for me to settle on Nick Schmaltz as special boy 2.0. There was a lot to get excited about with him, with his smooth speedy skating, his vision and passing ability, and his sneaky good but oft-underused wrist shot. Plus, his Twitter feed is extremely “college hockey player,” which can be both bad and good, but I get a kick out of it. He was fine in his rookie year, and at times I was damn near convinced he could be better than Teuvo (my heart is still torn). There were some kinks to work out, of course, but a lot to be encouraged by. Shall we?

A Look Back: Schmaltz was a bit slow starting last year, with just 5 points (1G, 4A) in 26 games before the New Year, which saw him get demoted to Rockford for a spell. He found his production again with the Hogs, potting 6 goals and 3 assists in 12 games before getting recalled and bringing that scoring to the NHL. He scored two points in his second game after being recalled, and finished with 23 points (5G, 18A) in his last 35 games. I’m inclined to believe that he is more the player that we saw in the second half of last year than the one we saw in the first half. That .65 PPG rate over the last 35 games paces out to about a 54 point total over 82 games, which would’ve been a phenomenal rookie year for him and had ranked him 4th among rookie scorers. Obviously that’s a shitload of hypotheticals, but the point I’m getting at is that the kid is good, and his rookie year much better than his raw numbers would show.

The shot share being below water is slightly disconcerting, especially with those zone starts, but most of that came while he was spending a good amount of time with Tyler Motte and Richard Panik in the 2016 half of 2016-17. Once he came back up from the A, he spent a good amount of time with either flanking Toews and Panik or centering Panarin and Kane, and he was pretty even for the last half of the year. So yeah, the slow start hurt him overall, but the last half of the season is a better indication of who he is, and his last half of the season was really strong.

A Look Ahead: The big question for Schmaltz this year is going to be figuring out what his position is. He has the skillset to be a scoring 2C at the NHL level, but the question is if he actually he can use that skillset to play like one. He also will probably need to prove he can win faceoffs, because at present Jonathan Toews is the only center on the team I feel confident in on the dot. Faceoffs aren’t the end-all-be-all for centermen, and if he can produce as a center without winning faceoffs it might be okay, but it’s always better to start play with possession of the puck.

Luckily, he has kept the momentum from the end of last year, and has come into the preseason playing well. He definitely has looked like he can hang in the NHL as a 2c, though the preseason is definitely not the time to come to any conclusions. As I and others on this blog have already said probably 10 times, the hope is that Schmaltz starts the year between ADB and Kane, or at least ends up there for a good look at some point. That’d be a line of three playmakers, and Kane and ADB both have the finishing ability to get Shcmaltz 40-50 assists. If those three are on a line together for a good stretch of the season, I can see 50 point years from both ADB and Schmaltz.

When he isn’t between those two, he’ll likely be the 3C with any collection of Hayden, Jurco, Hinostroza, Sharp, Panik, etc. If he’s there for most of the year, look for about 40+ points, but if he’s scoring at that sort of pace in that role, it’d be time to get him with Kane at the very least. I could also see him ending up on the wing at times with Toews and Saad. I don’t think that’d be the best usage of him, but it could happen, and it might be a fit. He could rack up the points with them, too. So there’s a lot of options, and a lot of hope for Schmaltzy. Let’s hope it goes as well as we are hoping.

All statistics via Hockey Reference, HockeyViz, and NHL.com.