Sit Back, Relax, And Strap It Down – ’17-’18 Blackhawks Player Previews – Jordin Tootoo 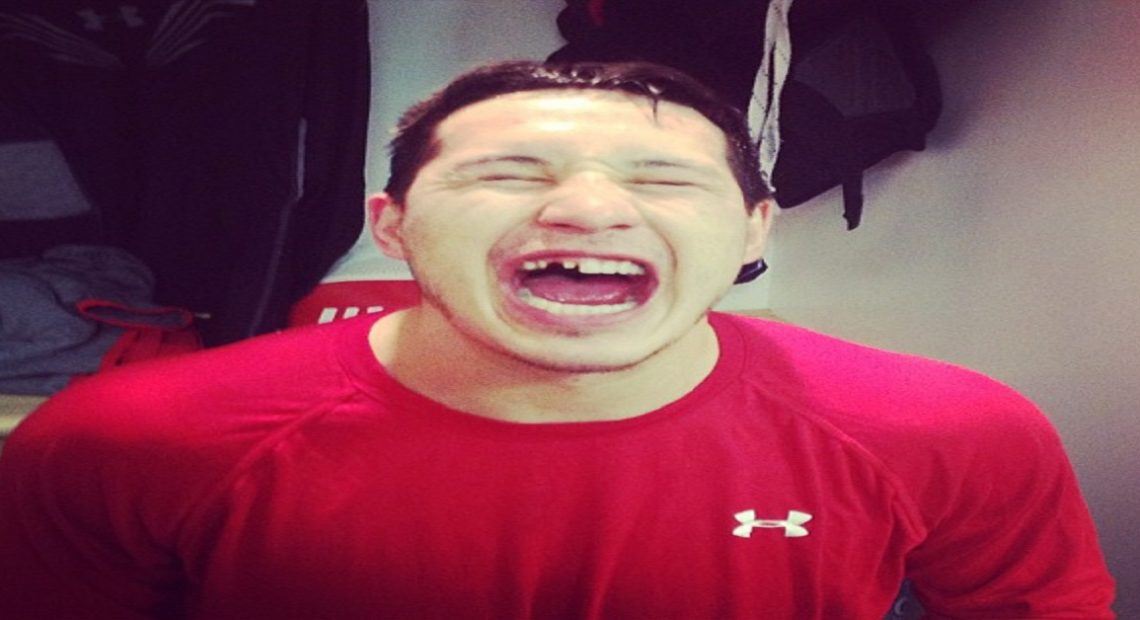 To quote our fearless leader, Fels:

FUCK HIM UP, WIZ

A Look Back: Tootoo was about as useless as they get last year. Of all Blackhawks, he had the lowest ATOI (and that includes Spencer Abbott’s 1 game, 8:34 effort). He had as many assists as Corey Crawford. The best thing about him last year, and I mean this earnestly, was that he marked 6 years of sobriety after struggling with alcoholism for most of his career. According to his book, or at least the Tribune’s interview with him that mentions his book, he managed to kick his Nikki Sixx sans heroin lifestyle and become a good family man to his wife and infant daughter. I genuinely applaud him for that.

For those who just want to read acerbic metaphors about what Jordin Tootoo is to this year’s team, skip to A Look Ahead.

For those who want to slog through a deeper dive on Tootoo, here it is: Strictly by the fancy stats, Tootoo was the bare minimum above bad last year. His CF% was fine given that he started a majority of his time in his own zone, and his CF% Rel was the dividing line on the Hawks last year, sitting at 0.1. But does any of that matter when you’re playing fewer than 7 minutes a game? (I can assure you it doesn’t.)

Tootoo didn’t even seem to be good at the thing he’s supposed to be good at, logging a tick above a hit a game last year. He lost 2 of the 4 fights he had, and now I’m mad because I’m trying to analyze hits and fights like they matter because Jordin Tootoo sucks at every other aspect of hockey.

A Look Ahead: The Blackhawks considered dressing this steady-diet-of-sauerkraut fart to play professional hockey while telling you they want to win the Cup. Fortunately, it looks like he’ll be plying his trade in Rockford instead. Tootoo is Nair on a nutsack, an ovarian cyst aggravated by a heavy period that’s occurring during discussions of whether this team’s D-corps is the weakest it’s been in this era, whether the Hawks have a legitimate checking line, and whether the most dynamic scorer to come through the Hawks’s system since Kane should start the year at the AHL for reasons that only people who consume rocks for sustenance can explain.

On the ice, he’s a nuisance and a menace, good only for satiating the bloodlust of fans who sincerely check Jack Posibiec’s tweets during odd-man rushes, in between complaining that there’s not enough elbowing in hockey anymore and laughing uproariously at those Bud Light commercials that desperately try to frame craft beers as sissy brew, since apparently REAL MEN drink sick-horse piss to cope with the fact that no women want them and no men want to be them.

Jordin Tootoo doesn’t belong on an NHL roster, let alone the roster of a team that has hopes of making a run at the Cup. I say this as a guy who truly believed that trading Dustin Byfuglien slammed the Hawks’s Cup window closed for good. I say this as a guy who unironically bought an autographed Dan Carcillo sweater a few days after the Hawks signed him; held a brief and obviously misplaced grudge against Brandon Saad for replacing Carcillo after he hurt his knee being a horse’s ass; and then proceeded to wear my Carcillo sweater for every game during the Hawks’s record-breaking points run during the season-in-a-can. I say this as a guy who made an argument that Lance Bouma could be the steal of the offseason, in spite of the fact that Bouma hasn’t done anything worth mentioning since the 14–15 season.

If a guy like me, who probably has a heavier concentration of trace meatballery in his blood than just about anyone here at the Program, can openly and unapologetically admit that Tootoo is not an NHL-caliber player, why did it take until yesterday for the Hawks’s front office to officially do the same?

So Godspeed you, Jordin Tootoo, as you are waived goodbye to Rockford for now. I hope that his personal life continues on an upward trajectory. I hope he continues doing the great outreach he’s done in Rankin Inlet, and for suicide and mental illness. I hope he continues to do what’s best for his family and himself, and that this will be his last year lacing up skates, because hanging it up is the best way for him to benefit the Blackhawks.