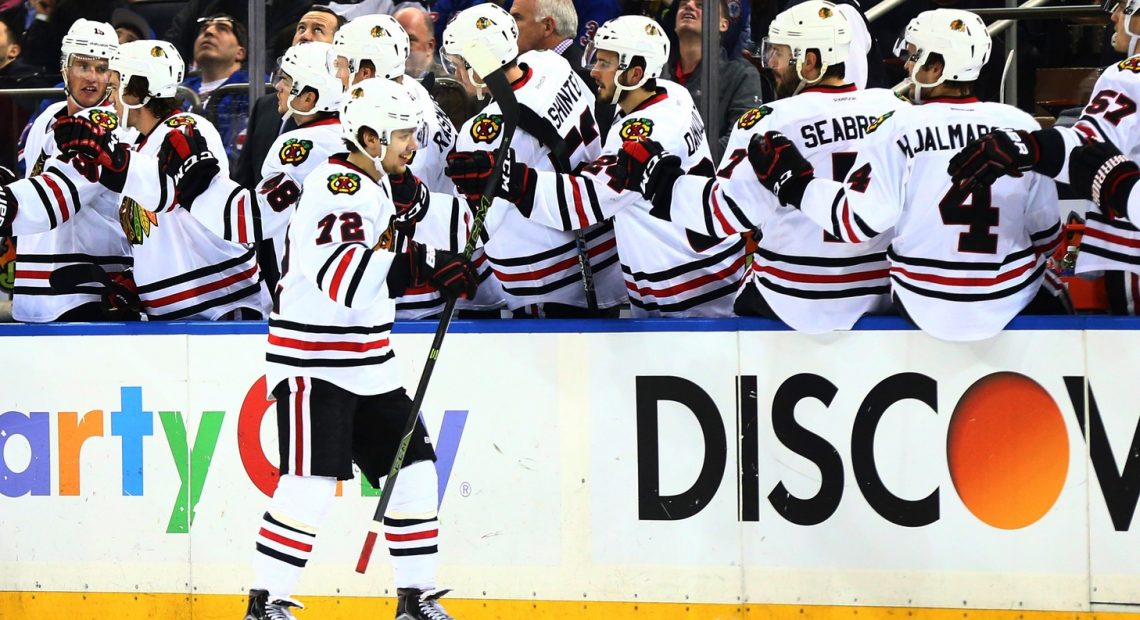 Once again, while the shot attempts heavily favored the Hawks’s opponent, given the Rangers’ lack of east-west among their forward corps, not much at even strength felt all that threatening, and it took an eye-of-the needle pass to get Corey Crawford just barely out of position enough to get Captain Stairwell on the board. And that was after the Hawks were already up two goals.

But as a general rule, winning on the special teams ledger, particularly on the road, is a decent barometer for victory, and though it took a couple of late calls to make it happen, the Hawks found the game tying and game winning goals through some pretty passes of their own. Now get out of MSG before the scoreboard changes again.