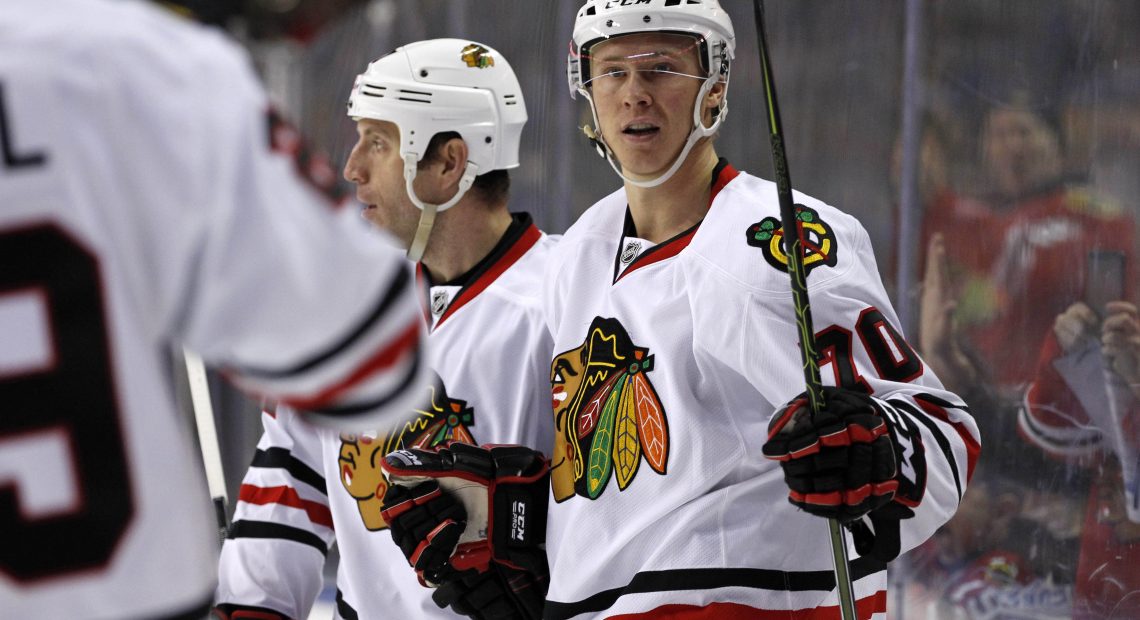 Ah, yes. The old Saturday matinee. Much like the Thursday Night NFL matchup, you never really know what you’re going to get. In this afternoon’s matchup, it was a 56 minute snoozefest where even the mouthpieces of the Blackhawks brand (the broadcast booth) took turns saying how boring the game was.

It’s almost like we’ve seen all this before. We were also treated to a throwback overtime (where we also would’ve thrown it right back if we could) that featured no 3-on-3 action and a power play for each side that neither scored on.

–Where do I even start with this? I guess the biggest thing that jumped out to me throughout the course of the game was how the Hawks got very little push from their defense. The only play that jumps out to me where their defense actually jumped up in the play was when Seabrook dashed through and got a solid scoring opportunity midway through the third.

Otherwise, there wasn’t much zip to anyone’s step (not that there ever would be from the third pair). Hjalmarsson probably has a golf ball welt on his knee from Wednesday night’s shot block. Not sure what was going on with the other three.

Anyways, that was probably the biggest reason why the Hawks had a lot of “one and dones” and sporadic sustained pressure.

–I will say this about Rob Scuderi. He is good at tying up sticks and bodies in the blue paint. Since the Hawks acquired him, there have been three plays off the top of my head where he was able to prevent a shot on a loose puck in the crease. He did so again today in the second period where he deflected a cross-crease pass that was headed to a wide-open Sabre on the side of the net.

It’s also important to point out that this isn’t 2002 and that type of skill set isn’t the most important for the modern defensemen.

–It’s no surprise that Patrick Kane will receive much of the post game attention but up until his goal with 33 seconds left in regulation, he really wasn’t doing a whole bunch. His rushes up the ice weren’t creating a lot of point blank opportunities.

To be fair, much of that could also be because the defense was too slow to jump in the play.

–Artemi Panarin is such a breath of fresh air on the Blackhawks power play, particularly on the 5-on-3. In years past, we have witnessed countless wasted opportunities where the Hawks line up two at the blue line and three across the goal line. No one moves their feet and the Hawks basically play patty-cake with the puck for two minutes while waiting for the backdoor play to open up. Sharp, Toews, Kane, Hossa and Keith had this technique mastered.

Panarin is the only one that will move to create space and open passing lanes. When the Hawks started off their two man advantage with the similar set up we’ve become accustomed to as they essentially wasted the first 40 seconds of their power play. Finally, Panarin got the puck and when he didn’t see an opportunity to go cross ice to Kane, he skated the puck behind the net.

This forced the Sabres defense to actually adjust and get guys out of position. Lo and behold, shooting lanes started to open up and the Hawks rattled off a few shots in a row. It was poetic justice that the tying goal resulted in a backdoor goal that Panarin helped set up because if it wasn’t for his movement with the puck, it probably never reaches Keith up the wall to chip over to Panarin and get the Sabre penalty killers scrambling.

–Dr. Rasmussen with another goal is a good way to start the weekend.

–The Hawks finish this stretch of inferior competition with San Jose tomorrow and a good shot at finishing with the 6 of 8 points we projected when it started.