On The Road and Hanging by a Song: Blackhawks 2, Avalanche 1 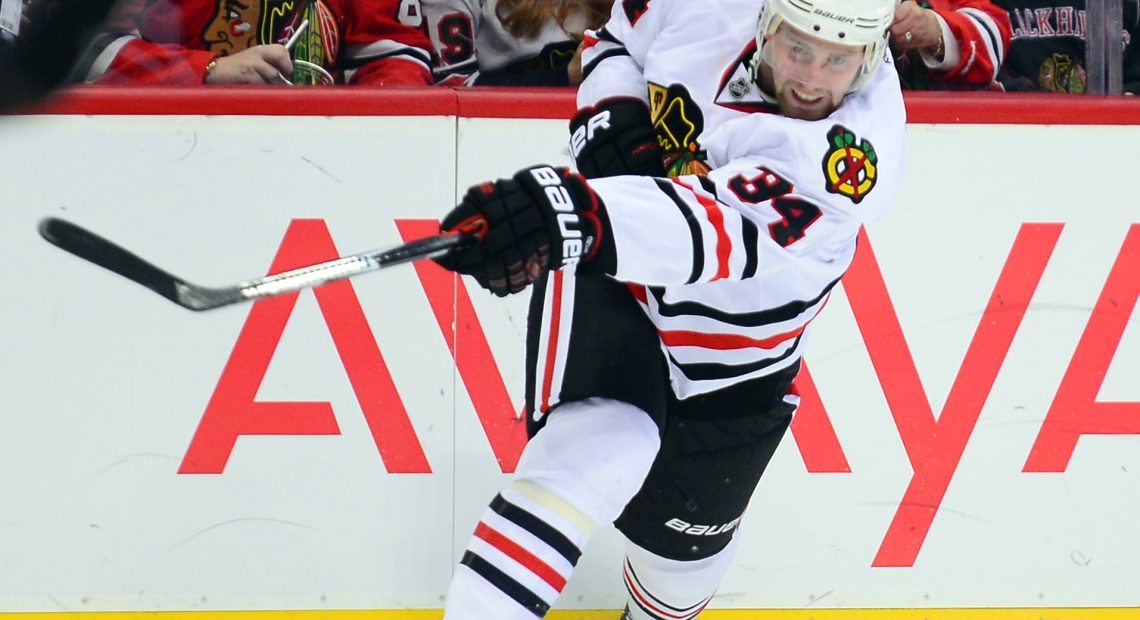 It’s amazing how different things can look after five days off. Marian Hossa looks quicker and faster than he ever has in the 2015-2016 season. Brent Seabrook catches a guy that has a three stride lead on him. Richard Panik was buzzing everywhere.

Granted, this was against the Avalanche and their defensive philosophy of “Hit somebody” but still. This was an impressive start to the final push of the regular season.

Calvin Pickard was the only reason Colorado had a prayer in the third period. The only problem was that Corey Crawford was in the opposing cage and it was going to take something special to beat him with two points on the line.

When he stopped Gabriel Landeskog with just under a minute left, that was essentially the game. Let’s get to it.

–Speaking of the final save on Landeskog…On first blush, it looked like Crawford was woefully out of position, leaving plenty of net to shoot at on his blocker side and he was lucky that Landeskog shot it right at him. Buuuuuut, on closer look, Brent Seabrook sprawling out effectively took away the left side of the net. There was no way Landeskog could shoot the puck in that direction without Seabrook blocking it.

Crawford realized this and covered the only part of the net Landeskog could shoot at. Thus, a very dangerous opportunity became a routine save. Crawford swallowed up the shot with no rebound and the Avalanche went away quietly after that.

–This was a vintage “I’m Marian Hossa and you’re not” game. Every time he was on the ice, the puck ended up on his stick like it was drawn to him. In the first period, he skated with Phillip Danault and Andrew Desjardins and single-handedly controlled their shifts. Then, he skated with Andrew Shaw and Teuvo for the remainder of the game and it was more of the same.

–When Teuvo and Hossa are part of a 3-on-1, you better believe the puck should be on both their sticks at some point. The last thing you’d want is a Andrew Shaw one-timer from 45 feet out. That’s what happened in the second, though. Because of where they were at on the ice, Hossa had to drive the lane to open up the opportunity for Shaw.

However, even with the shooting lane open and the Colorado defenseman not committing to Shaw, you’d like to see him at least try to ensure one of the other two are the trigger men. It was a tough play and it happened very quickly but they happen so infrequently, you’d like to see it end with a scoring play.

–Viktor Svedberg was back, and in one game, looked much more comfortable than he did at the end of his first tenure here. He helped set up the first goal with his bank shot that Andrew Shaw eventually corralled.

Again, this was against the Avalanche so I’d hardly say the 6th defensemen has been solved for the foreseeable future. It was encouraging to see A) that he got a second chance and B) he was very solid in his first game back.

–Richard Panik had his best game in a Hawks sweater. He was all over the puck during each of his shifts and was creating a lot of opportunities. It didn’t matter who he was playing with, either, as he bounced between Teuvo and Hossa and Danault and Desjardins. So that’s even more encouraging. Something to watch.

–A dominant road win is always a welcome way to come out of the break. The most dominant win of the season is even better. Arizona is next. Until then.