Notes On The Cycle 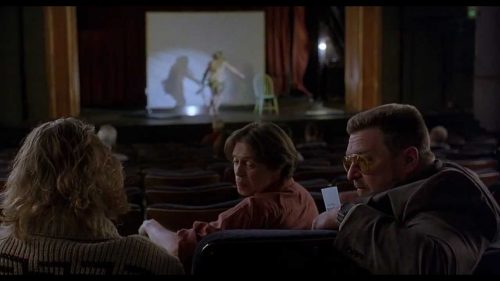 Just a few quick notes on tonight’s what-have-ya, contested mostly by guys who will be running a rink in Medicine Hat or the like in five years.

-I was most interested in watching Forsling and Kempny. Both showed composure on the puck, especially Kempny. It’s hard to get a read on him in particular when he’s still not facing the quality of players he’s going to in a couple weeks, but at least he showed a willingness to skate himself out of trouble and try and find a pass. Unfortunately for him, there were like two forwards on his team who could receive said pass cleanly.

As for Forsling, same thing but man is he small. Even if he’s willing he’s going to get crushed by NHL bodies. This is probably what will send him back to Sweden this year. There are small d-men around the league. Jared Spurgeon comes to mind. Toby Enstrom is another. Spurgeon is quite sturdy though, something of a fire hydrant. Enstrom is just really smart with great hands. Forsling has maybe two or three games to show he has the latter.

-Schmaltz looked like the best Hawks forward tonight, as he probably should because he was the one with the most pedigree. Clearly willing to look for a pass or create something, and when you’re out there with a bunch of tomato cans you might as well “try shit.”

Given his skill set, he should probably play on the left instead of the right, though he was mostly on the right tonight. Which means the problem is finding someone to play on Toews’s right instead of left. To be determined, and they’ll only get a game or two to try different solutions before they kick off for real.

-Hinostroza definitely looks quicker. Honestly, with no real fourth line have-to’s, I would be more than happy to see the Hawks stuff the 4th line with kids who can really move and just let them buzz around and see what happens. This is essentially what the Pens did last year. It’s got a better chance of working than some Tootoo-Rasmussen-other goof type bullshit.

-I’ll wait for final judgement when he gets his midseason cameo, which he will, but Ryan Hartman still doesn’t show much against a team full of players he should at least be at the same level as.

-I’m fairly sure we won’t remember Carl Dahlstrom ever suited up for the Hawks next year.

-We got pretty excited about Mac Carruth a few years ago when he was playing in Portland behind Seth Jones and Derrick Pouliot. It hasn’t gone all that well since he became a pro, but last year was something of a step forward. He would be likely to at least share the starts in Rockford this year, and the arc for goalies is much longer than skaters. At 24, this is where he’s either going to start making THE LEAP or descend into obscurity.

That’s enough of that.