What Am I Doing In New Jersey?: Devils Q&A With John Fischer 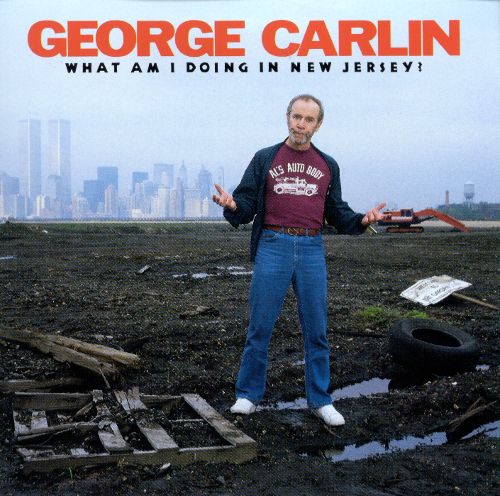 As we always do when the Hawks and the Devils meet up, we turn to InLouWeTrust.com maven John Fischer (@JKFischer) to find out what’s going on in the swamp. And yes, we know the Meadowlands was the swamp but we’re guessing Newark isn’t much better.

So, still laughing about the Taylor Hall trade?

I did exclaim, “I don’t miss you, Adam Larsson” after this goal by Hall.  More seriously, I think it was a fantastic trade.  Larsson has actually turned out to be someone that Edmonton needed and Hall is performing at a level that has been missed at forward for several years in New Jersey.  More germane to your readers for this game, he’s hot right now with five goals out of 19 shots on net in the last four games.  He’s essentially the Devils’ Patrick Kane.  And like Kane, once he has space, he will do amazing things.

Last year’s first round pick Pavel Zacha has made the team at 19. Early impressions?

Early impressions are positive; I’ve liked what I’ve seen out of the young Czech center. I had a feeling going into training camp that a roster spot was all but his to take.  In preseason, Zacha primarily played with other NHL players, which was a sign that he’ll at least start in New Jersey.  Six games in and he looks like a veteran out there.  Zacha has had some notably good performances already.  Off the top of my head, he led a third line against Anaheim that just put up a lot of offensive pressure to keep the Ducks at bay. In the last two games, he started the game with Hall and Kyle Palmieri and his passing been quite good – especially to Hall.  In this article with Chris Ryan at NJ.com, Hall had plenty of praise for Zacha.  While a teammate is likely going to pump another teammate’s tires, the praise is deserved.  Zacha takes draws, he backchecks, he does what he’s told well as near as I can tell. There’s still room for him to grow as a player, but he’s a lot further along than most 19-year olds.  As you may know in Chicago, it’s not enough to just be on a line with a top tier player; for it to work, everyone has to contribution.  Early signs show that Hall-Zacha can be a fine combination for the Devils.

It’s pretty obvious the Devils are going to have a hard time scoring this year. Do you see a way for them to get around that?

I have yet to fully prove this, so I could be wrong, but the team’s breakouts have been spotty at best. It’s been a problem for several years now.  The Devils have had issues just keeping the puck on their sticks when moving the puck forward from defense to offense. Whether it’s the first pass out of the zone, a pass within the neutral zone, or the first pass after a zone entry; if it’s not perfect, the Devils are often rushing back on defense.  It’s a reason why their power play can be underwhelming despite a good success rate.  It’s more frustrating as the team has players like Hall, Palmieri, Adam Henrique, Mike Cammalleri, Reid Boucher, and Devante Smith-Pelly – all players who can and will fire away. They just need to have the puck in a position to do so; getting there has been a challenge and hindrance to creating offense.

I will give the Devils this: they’ve been more prolific at shooting the puck this season.  Last season, the Devils had a whopping 14 games where they had 30 or more shots on net.  So far in six games, they’ve done it three times. We’ll see if it can continue, but it’s an early-season positive that the Devils have at least been able to make goalies work.  They scored four against Arizona’s goalie; we’ll see whether that was an outlier or a sign that more of these shots will go in.

Devante Smith-Pelley had something of a nice cameo last year, with 13 points in 18 games. The Devils are his third team and he’s only 25. Is there any reason to expect he can put it all together this season?

If putting it all together means being a decent NHL third or fourth liner, then absolutely.  Smith-Pelly was hot last season.  In his first nine games, he scored eight goals.  And a number of them were of what some would call “garbage goals.”  I never liked that term. All goals are beautiful. All goals matter.  Anyway, the big thing for Smith-Pelly is whether he can learn to defend better and whether he can be more consistent.  He tends to shoot and he’s got a decent shot. But off the puck, he needs to be more active – especially on defense.  The good news for DSP is that he’s being utilized with that expectation in mind.  He’s been recently used on a third or fourth line.  If he can improve his defensive game and be more active off the puck, then he’ll stick around in this role.  It’s been a bit rough to start this season, but I believe he can do so with the Devils.

What are your expectations for this season? What would be reasonable and moving the team forward for the future?

My expectations for this season aren’t so positive. Last season was an over-achievement of sorts.  I expected the 2015-16 Devils to finish last in the Metropolitan and be involved in the lower end of the lottery.  They finished with the eleventh worst record.  While I believe Hall will help out on offense and Cory Schneider will continue to be the heroic goaltender the franchise needs, there are still many parts of this team to be addressed.  Offensive skills from the blueline are lacking – although Yohann Auvitu may be a nice find; passing in general has had marred by execution and system issues; and the team’s depth at forward and defense isn’t quite there.  I think the team will be more exciting to watch, but I don’t think this is a playoff team just yet. If Zacha emerges, Damon Severson can prove to be a good fit next to Andy Greene on the top pairing, and the team bolsters their talent on defense and in spots at forward (Cammalleri isn’t getting younger, Travis Zajac is who he is at this point, right wing is just Kyle Palmieri and guys), then they could start being serious contenders to make the playoffs in the next season or so.  If they finish in about the same place as they did last season and don’t sell the future for a shot at short term success, then I think that would be just fine. Improvement to their possession game and their offensive performances in 2016-17 makes me more confident for the decisions made in this rebuild – and will lead me to think it’ll end soon afterwards.