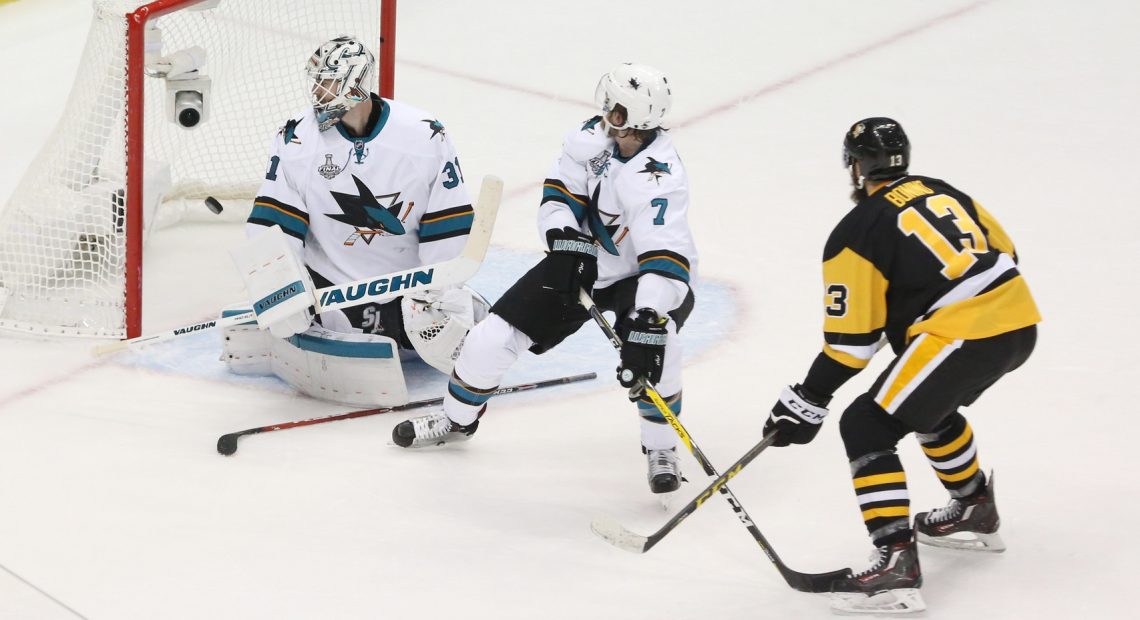 As far as what happened on the ice, it was pretty standard Game 1 punch-counterpunch fare, with Brent Burns getting put in the blender for the game winner. Justin Braun was beaten badly on the first two Penguins goals, but the hockey world later learned that Braun’s father in law, former Hawk Tom Lysiak had passed away right around game time, so it’s understandable if unfortunate that a couple of mental gaffes (a bad pinch, getting caught flat footed by Crosby) resulted in goals. After the success they’ve had to this point in the post season, even against a faster Penguins team it should not be expected for the Braun/Vlasic pairing to all of the sudden go to total shit.