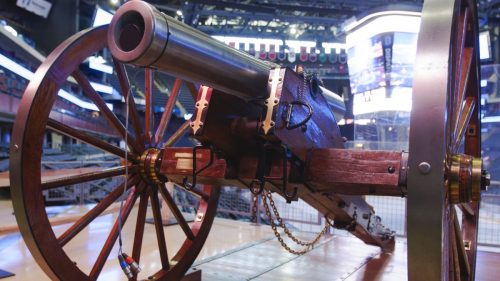 So as fans of a team that is coached by John Tortorella, how horrifying was the World Cup?

-Terrifying, but I think it’s worth considering that Torts was given a roster that I’d consider schizophrenic at best. Still, it was a very dramatic demonstration of how NOT to win against international competition, and Torts seems to be applying some of what he learned with the increased emphasis on speed and generating chances in Columbus.

The new hotness in town is Zach Werenski on the blue line. What have you seen in admittedly only two games and what are you hoping for?

-I was lucky enough to catch the advanced previews during the Calder Cup final, and Zach’s continued on from there in the same mold. What stands out the most to me is his skating – he knows how to get where he needs to be, and if given the opportunity he knows how to break an opponent’s ankles and drive the puck up on an attack. His shot is very quick and with a good release, he just needs to learn to aim it a little better.

The expectation is that Werenski will become the team’s undisputed #1 D-man, and so far he’s working diligently towards that goal.

This will be Ryan Murray’s third full season in the NHL. Is this going to be his breakout season?

-I’d argue last season wasn’t a bad coming out party – his first full season of 82 games, and even if he didn’t shock the world, he was quietly competent all year long, which was saying something given how dysfunctional last year’s squad could be.

I think the combination of Murray with Seth Jones for a full year is going to be something really fun to watch. Maybe not a breakout in terms of scoring, but I suspect you’ll see them gel into a strong pairing that can take care of business on both ends of the ice, which is exactly what we need.

-Well, after two games he’s the team’s scoring leader, so he’s certainly not off to a bad start.

What’s the general feeling on Jarmo as GM? This is season number four now, and the Jackets are awfully expensive without feeling like they’ve really gone anywhere.

-Divided. Some of his moves (or lack thereof) in free agency and at the trade deadline the last few years have been frustrating, to say the least, but the talent pool he’s been assembling through the draft speaks for itself.

I think the Monsters winning the cup generated a decent bit of goodwill for him, as it was clear proof that there’s some good building blocks who will be making their presence felt in the NHL over the next year or two, but Jarmo needs to be careful with how he spends it.