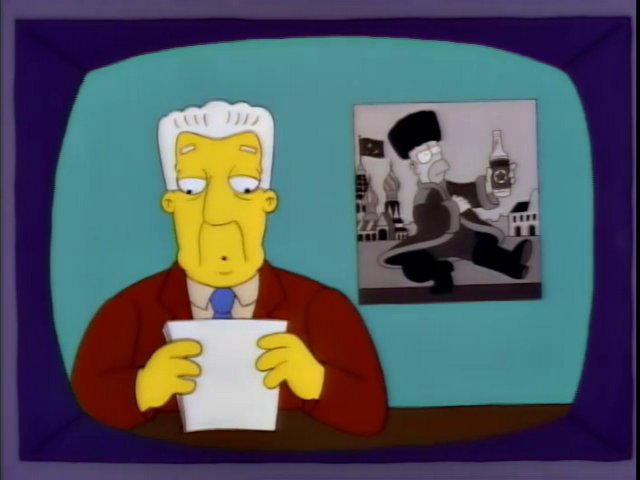 Every time we have a big international tournament, a lot of us get sucked into the belief that Russia’s premier talent will finally shine through. Maybe it’s still the echoes and ghosts from the Red Army teams. We grew up with Russia being an international monster. It’s still somewhat ingrained.

But now they simply biff it every time. They looked a real force in the opening round in Vancouver ’10. They then gave up 19 goals to Rick Nash in the first period. They had the next Olympics at home. They were basically awful for the whole tournament and were easily swatted aside by Finland. It just never adds up to what you think it should.

If you look at two facets of this team, you’d think they have every chance of winning this thing. The forwards are loaded with scoring and speed. They have two goalies who have won Vezinas and can go supernova for two weeks at any point.

The problem is the in between is a giant sucking sound. Like, the hole that Gwar throws shit into onstage.

There’s no question that the forwards are going to weave some very pretty patterns during this tournament. There is serious fantasy booking when coming up with their lines. Does Ovechkin play with Malkin or Datsyuk? Does Pantera play with Tarasenko? On either side of Anisimov? Kucherov and Kuznetsov would make for a hell of a line too, with any doofus at center. There is certainly a warehouse of fireworks here.

Whether they go with TURN IN YOUR BADGE, BOBROVSKY! or Semyon Varlamov, and it feels like they’re going with the former for now, they’ll have a goalie who can win a game on his own. Hell, they’re third goalie is Vasilevskiy, who is going to push Ben Bishop out of Tampa. They’ll have options if one or two even go sideways.

But good lord, this defense. This was the same problem in Sochi. They simply don’t have a blue line. Let’s play a game: Name the best d-man on Russia. It’s… Dmitry Orlov? Dmitry Kulikov? If the answer ends up being Andrei Markov and any Canadiens fan reads that he or she will have a brain bubble on the spot. Having this many forwards who can do damage doesn’t do you any good when your d-men are performing their own backward prison rodeo behind their own net. They’re going to need their goalies to bail them out of a lot of jams, and simply fling the puck forward in the hopes the forwards can chase it down and keep it at the other end. Seriously, the game against North America might end 17-15. But at least we’ll be treated to the joy of Wings fans trying to convince us that Marchenko is the one to solve their blue line problems they’ve had for at least five seasons.

Also, Russia doesn’t have the most steeled rep. Every time something has gone wrong for them, everything goes wrong.

Reasons For Optimism: Goalies who are capable of miracles, and a forward corps that is both deep and sharp at the pointy end.

Reasons For Not Optimism: They might never have the puck.

Predicted Finish: The Russians are unlucky in that the NHL completely spiked the pools to make sure the US gets to the semis. It’s hard to see how they can beat Sweden who can match them for firepower and have the best defense in the league. They can probably get one over on Finland and avenge Sochi, and then it’ll just be how they do against North America. I’m souring on the Young Go-Hards as we get closer, so I’ll say they sneak second in the group and then Canada is going to perform open-heart surgery with rusty tools and no anesthesia on them in the semis.