I Was Sure That I’d Win, The World Fought Back And Punished Me For My Sins 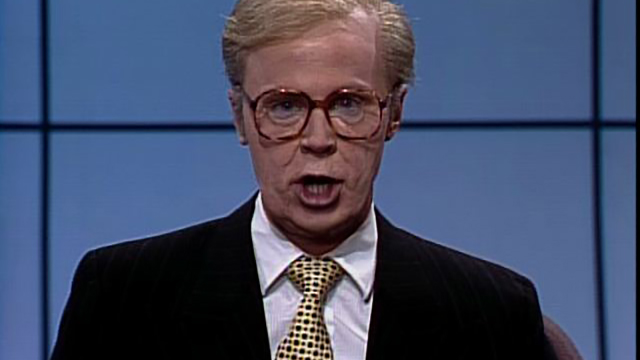 It’s a touch early to start the post-mortems. They haven’t quite administered the lethal injection just yet. But clearly, the Hawks have been wheeled into the room and the restraints have been fastened. So to get to this point, clearly we got it way, way wrong. I’ll wear it. Just as I did when I pronounced the Hawks dead in March of 2015 and then watched them march to their third Cup.

As we try and clear the cobwebs, let’s take you on our journey to see what we missed so horribly.

-Colleague Fifth Feather was tweeting about it this morning, but clearly we didn’t plan for the adjustment that the kids would go through from regular season hockey to the playoffs. And we didn’t realize that there wouldn’t be anyone, just about, to make up for it.

Have we been spoiled in the past? Well, Brandon Saad didn’t score until Game 1 of the ’13 Stanley Cup Final, which was 17 games into that run, and it was his only goal of that campaign. However, Saad carried a 61% corsi-percentage and expected goals percentage throughout that spring. Sure, he wasn’t scoring, but he wasn’t exactly dragging down Toews and Hossa either, or whoever he played with. But again, his teammates were up for his learning curve.

Our Special Boy didn’t dominate nearly to the level that Saad did, but when finally installed on a third line with Vermette and dingus-du-jour (it rotated between Bickell, Versteeg, and Sharp), he won two Final games. But again, Teuvo didn’t really make an impact in the playoffs until Game 5 against the Ducks. His veteran teammates did most of the heavy lifting.

It’s especially hard on Schmaltz, who is not only being asked to up his game but to create for his line in an atmosphere and a speed he’ll have never seen before. And they asked him to start doing that against Nashville’s best (and still only) line while his center is drowning. Hartman’s game should have translated better, and I can’t really tell you why it hasn’t. Toews’s scoring didn’t really take off until Schmaltz was opening space halfway through the year. There is no space now.

-Keith’s decline has been obvious, and we’ve written about it a lot, but it actually started last year. During the ’15-’16 campaign, I wrote multiple pieces on how his work was more impressive than his last Norris campaign, because for the first time in four seasons he was still kicking people around while facing the toughest competition. About that…

Where’s Sick Boy to tell us about, “An otherwise, uninterrupted downward trajectory?”

And really Keith’s numbers haven’t improved this year, which we’ve pointed out, except for a brief spike very late in the year. And this was after a knee surgery and the complications from which caused him to skip out on the World Cup.

-Toews’s struggles should have been clearer to us. Again, his rolling 10-game corsi for this season:

Really, aside from one month of brilliance from mid-February to mid-March, he’s been fairly middling in terms of possession. And we should probably compare that to his destroyer this spring….

While we mocked Ryan Johansen after Joe Thornton basically used him as a squeegee last year, clearly he’s better for the experience. And we should have known that John Tortorella can’t be right about anything, ever. This is a matchup that we should have looked at and went, “Uh….?”

-And clearly, we should have been more apprehensive about Oduya and how the defense shaped up. We’d remarked all season that Keith and Hjalmarsson were not carrying the play while taking on the toughest competition, so it was going to be one or the other. When it became clear Oduya wasn’t up to any of it, the Hawks were back in the same hole they were before. Brian Campbell is fine on a third pairing. Asking for any more is asking for trouble, and the Hawks have asked more from him and TVR, and this is how you get where they are now. The Hawks needed someone on the second pair to take one of the asks off Keith, and they didn’t get it. I don’t know if it was out there. Shattenkirk would have never happened. Do Streit or Hainsey do all that much for you?

It’s been something of a perfect storm. A fast, well-drilled opponent that made it hard on veterans who have piled up the miles and thus can’t provide a safety net for the neophytes. It’s amazing how quickly it can go.