High On The Hog: Getting Physical 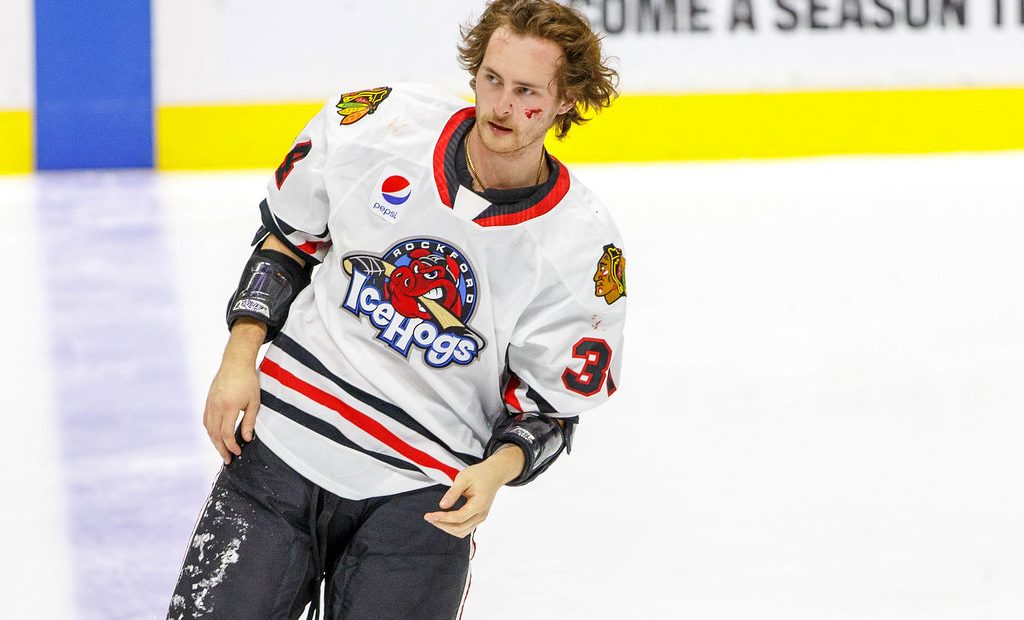 The Rockford IceHogs entered this weekend with three games in three days on the schedule. The piglets picked up three standings points, splitting two games with a physical Milwaukee Admirals squad and dropping a shootout in Rosemont.

The IceHogs didn’t fare as well in terms of health.

It’s possible that Rockford will be on a three-game road trip without its two leading scorers. Brett Connolly (5 G, 6 A) was injured in Saturday’s 3-2 loss to the Wolves. Interim head coach Anders Sorensen listed the veteran forward as “day-to-day” in his postgame interview Sunday night after the IceHogs beat Milwaukee 2-1.

In the third period of that contest, Lukas Reichel (7 G, 5 A), took a spill into the half boards and was down for several minutes. He was helped from the ice and did not return to action.

The IceHogs are currently scoring 2.67 goals a game even with Reichel and Connolly. Losing either player crimps Rockford’s offense. Losing both would be a severe blow as the Hogs begin play in December.

Rockford is now 6-7-1-1 on the season and in fifth place in the Central Division. They visit Milwaukee on Wednesday night, then spend the upcoming weekend in Grand Rapids, where the IceHogs will face the Griffins on Friday and Saturday.