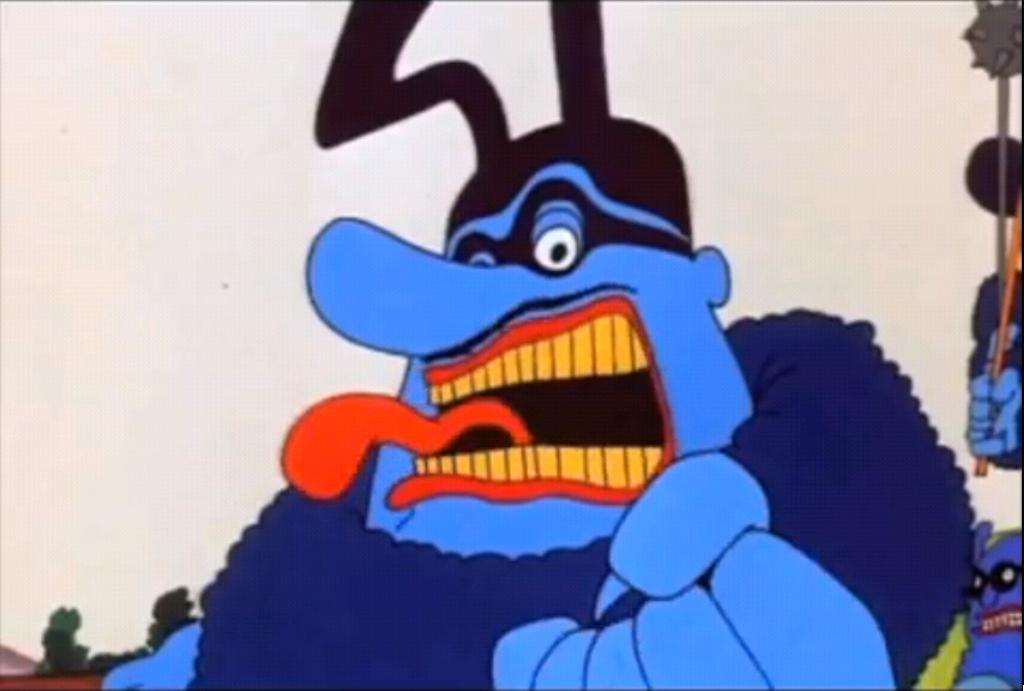 PUCK DROP: 7:30 at The Westside BoogeyDown 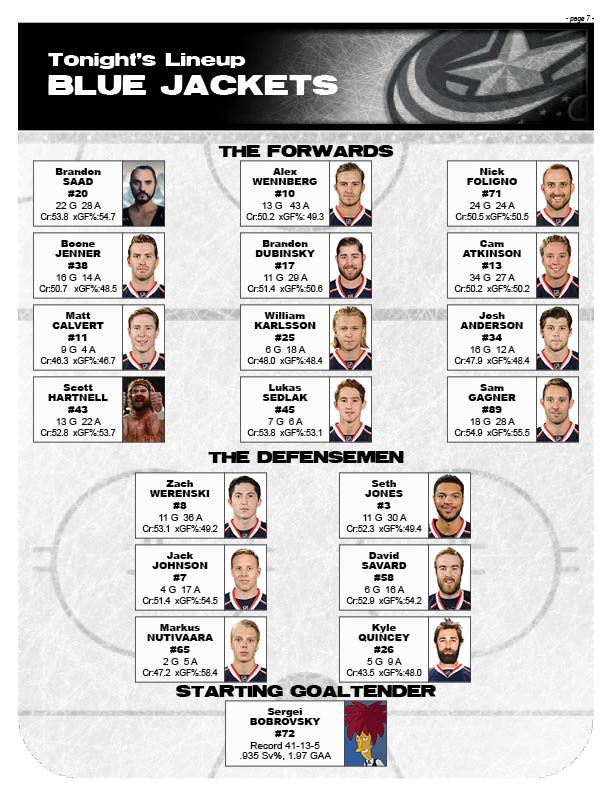 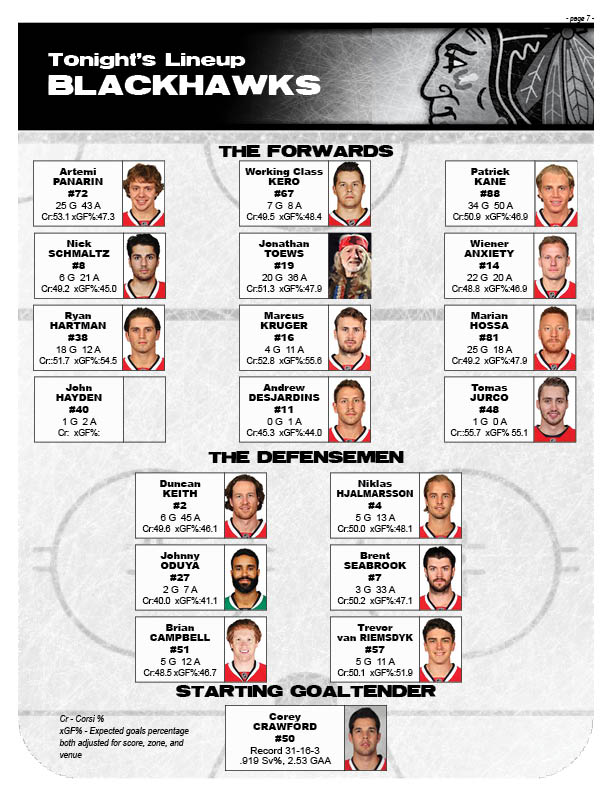 It’s been a while since the Hawks saw this third of the Triumvirate of Doom that resides in the Metro Division. When the Hawks saw the Jackets in the opening throes of the season, the Hawks couldn’t kill any penalty and the Jackets hadn’t quite caught fire yet. That was their first win of the season, and they’ve gone on to collect 48 more. They have the second least amount of regulation losses, and now look poised to host the Penguins in the first round of the playoffs, the first time they’ve ever had home-ice in a playoff series.

But of course, hockey fans and especially bloggers being curmudgeons, we have to wonder if this is real.

Looking at the roster, this is a deep crop of forwards. It doesn’t really have any star-power anywhere, The General coming closest. Each line has at least one player with 15+ goals, and there’s more speed here than you think. Cam Atkinson has been a particular pain to the Hawks in the past. You’d be shocked to know that it’s only eight points in 11 games in his career against them, but it feels like it’s at least double that.

On the blue line, they’ve finally gotten Jack Johnson off the top pairing, which has only needed to happen for his entire career of ten years. Zach Werenski and Seth Jones have taken that role, and they’re still kids and will have hiccups from time to time, but both have all the potential in the world. Long-term, you’d probably want them on separate pairings because they can both drive the play and you don’t want either to have to conserve in service of the other, but it works for now. It’s allowed Johnson and David Savard to bum-slay on the second pairing. Kyle Quincey resides on the third-pairing for…you know what I’ll get back to you on that.

But the real strength of the Jackets is Sergie Bobrovsky (OH BOB! YOU CAME AND YOU SAVED ME!). He’s you leading Vezina candidate you’d have to think this year, with a .935 SV% overall, and also leading the league in even-strength save-percentage at .940. He only trails Price and is just ahead of Crawford in high-danger save-percentage as well, so he’s been pulling off a more than a few miracles to keep the Jackets ahead in games.

The Jackets have been all right at evens, but their real strength has been the power play, even though it’s dipped to ninth in the league. It was unholy for most of the season, with Werenski running things at the back and Atkinson pouring them home with 10 power play goals. Alex Wennberg has racked up 22 power play points as well. You can go pretty far with a goalie and a power play.

But they’re still Bob-dependent. They’re only middling in the attempts and shots they give up and near the bottom in how many genuine chances they give up per game. This could result from having both of your puck-movers on the same pairing, or not having a true game-breaker up front, or John Tortorella’s anachronistic system and tactics (and he used to be the “safe is death” guy). Whatever it is, Bobrovsky remains by far the biggest reason they are where they are.

That said, you don’t want to be dealing with Bob right now, which is going to be the Hawks’ task tonight. In his last 10 games he’s given up 10 goals. His SV% in that time is .969. In seven of those he’s seen more than 30 shots. In four of them he’s seen over 35. This is not a guy who’s benefitting from a bunch of trenches in front of him.

For the Hawks it looks to be the same lineup that domed the Penguins on Wednesday. Crawford will have the task of trying to match Bob at the other end. As when facing any goalie that’s playing like this, the Hawks will want to focus on traffic and getting him moving. But that can only do so much. Bob is the type who just might decide you’re not winning tonight and there’s little you can do about it. Staying out of the box will be key as well, given how the Jackets roll on the power play. Getting Dimebag and Scumbag out against Werenski and Jones could pin them back in their own zone, which kneecaps a lot of their even-strength offense.

This and Sunday will see the Hawks have their last say in the East’s playoff picture. Then it’s heading out west to close it all out, which they should have the luxury of keeping one or two or more players off of.