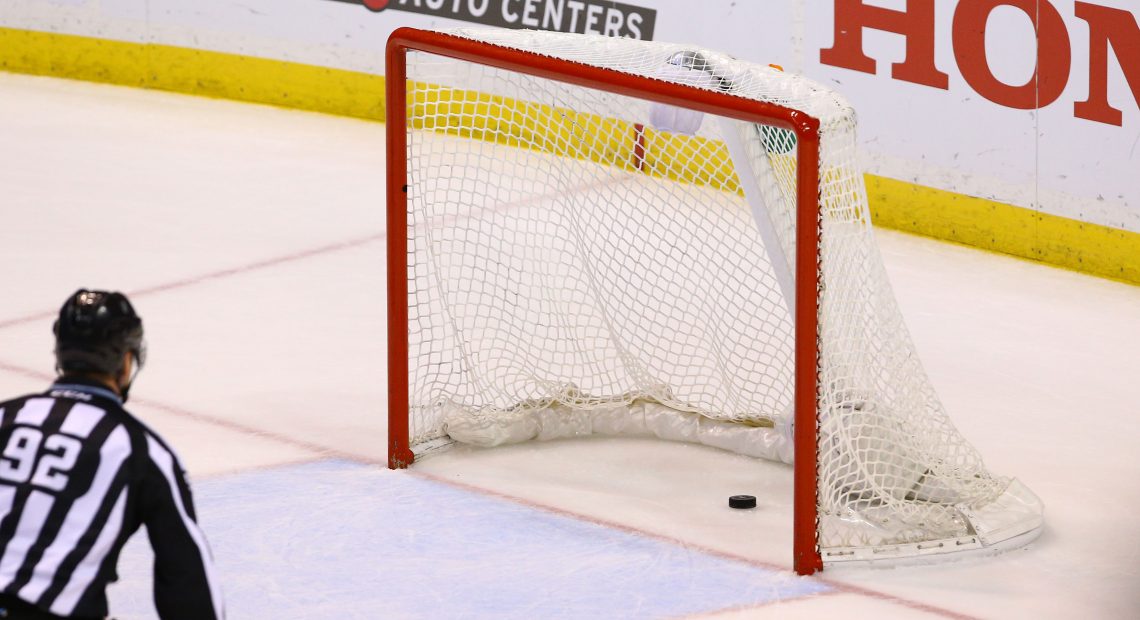 This is what happens when an undisciplined team has a very unfavorable call go against them. I get that this is a Blackhawks-centric site and I’m really not trying to rub salt into a gaping wound by comparing the Blues to the Hawks. But over the past four years, the Hawks have had two historically horrific calls go against them in the playoffs.

The first being in Game 7 vs. Detroit which needs no explanation.

The second was in Game 1 vs. Los Angeles of the 2014 Western Conference Finals where a goal was wiped off the board for…reasons.

Both times, no one would’ve blamed them if they lost their minds and lost the game. The Hawks won both games.

Tonight, the Blues had a perfect opportunity to join them. Instead, they did what they’re known for. And now the series is tied at 1.

Everyone has an opinion about the offsides heard around the Midwest but I think I’m in the majority when I say I didn’t think there was enough video evidence to overturn it. It would have been close enough that no one would have blinked if the linesmen blew it offsides immediately. And it was close enough to say it was onsides.

Whatever. That’s all I’ll really say about it. The Blues reaction to the penalty would have been more tragic if it wasn’t so predictable.

Vladimir Tarasenko cannot tomahawk chop a stick when Andrew Shaw is at the end of a shift looking to dump the puck in and get off. Yet there he was. And there he was losing his mind and completely stunned that he would be penalized for breaking an opponent’s stick in half.

Colton Parayko cannot miss TWO chances at a wide open cage even if the puck is on his forehand on the right side of the net with a chance to tie the game.

Yet here we are. #ThisTimeWillBeDifferent.

–Going into the game, Ken Hitchcock made a huge deal out of increasing the HITZ and how St. Louis needed more of them. As Sam said in the preview, though, if it meant being more aggressive on the forecheck, then he’s on the right track. And that’s pretty much what they did which made things a little hairy for the Blackhawks defense.

Michal Rozsival, who played an outstanding Game 1 largely because he had plenty of time to make his decisions, was not as effective with the intensified forecheck. St. Louis’ first goal came when they pressured Rozsival into turning the wrong way and coughing up the puck.

Tarasenko’s “second” goal came when the Hawks top defensive pair got discombobulated behind the net and Anisimov was caught in between. Tarasenko was wide open and when Lethera won his first board battle of the series, it was an easy tap in goal.

As the series continues, this could be a problem for the Hawks if St. Louis continues to press it like this.

–If Brian Elliott didn’t have such a gorgeous helmet and pads, he’d be a lot easier to hate. Elliott was outstanding once again and obviously not going to let anything beat him that he could see. Which is why Duncan Keith’s goal at the very end of the second period was so crucial. I had a feeling that’s the type of goal it would take and then it did. Now, if he can go back to being Brian Elliott, everyone would appreciate it.

–Two games in and it’s becoming a little more obvious why Tomas Fleischmann was a healthy scratch for Anaheim throughout the playoffs last year. Fleischmann has been mostly invisible, save for a partial breakaway in the first period tonight. Our Special Little Boy hasn’t been much better. In fact, Teuvo had the least ice time of any Hawk forward tonight. With the home ice and Quenneville’s ability to dictate the matchup, they’ll probably be more noticeable. Assuming they don’t both get healthy scratched in Game 3.

–The second period featured the most wide open play of the series and assuming Elliott goes back to being Brian Elliott, that type of play should favor the Hawks moving forward. They have far more scorers at their helm and Crawford has a track record of allowing one less goal than the opposition. On the other hand, if Elliott is going to continue channeling his inner Cujo, it could present a problem because the Hawks defense may not have the depth to hold up.

Either way, the home ice advantage should play into the Hawks hand and it would behoove them to bury the Blues early in Game 3. Kruger’s line can play a vital role in doing so.

Some more less than encouraging news for St. Louis is that the Hawks top two lines are very close to exploding and still very much due. The Toews line has been very strong in the first two games with no results to show for it. The same for the Kane line. That’s not going to be that way forever and the dam will break.

Especially if Jabe O’Meester is going to continue playing a top defensive role.