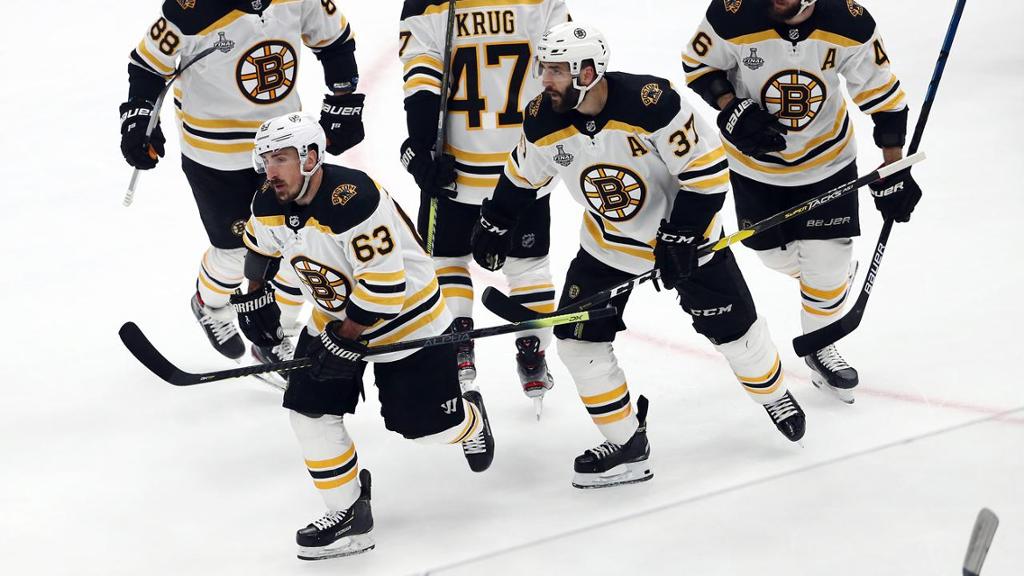 “If you gaze long enough into an abyss, the abyss will gaze back into you.”

That was the text compatriot Matt McClure sent us before puck drop last night, fearing that we were about to cross the rubicon and face our worst fears. But what we should have remembered is…this is the St. Louis Blues.

So of course they were going to come out with their ass-hair on fire and run everywhere and over everyone, but of course they would take it too far in front of their drooling, screaming, belching fanbase and take a dumb penalty to ruin it all. Step up and be counted, Brayden Schenn! Then a little slice of bad luck, the only kind they’ve ever known, with ROR putting the puck over the glass, and they’re chasing the rest of the night.

There’s a tendency to push this as a Tuukka Rask game, and he was brilliant and back to the level he had been. But by any measure the Bruins actually controlled this one, dominating attempts, scoring chances, and expected goals. The Blues can’t say they put Rask under the cosh when they only fired 29 shots at him. Yes, they had good chances, but not a fountain of them. Considering the condition the Bruins are in, they should never be able to hold the Blues at arm’s length for a game like this. But essentially, they did.

-The Bruins were able to do what they do because their best players were their best players again. The Perfect Line was all over 60%, as was Charlie McAvoy, who I might not get but he was magnificent last night. When in control and not trying to Leo Messi everything, he is the perfect antidote to the rabid dog forecheck of the Blues because he’s quick and shifty enough to simply evade it. David Krejci actually appeared last night, which gave the Bruins a second line of threat.

-For all the huffing and butt-chugging of Ryan O’Reilly last night by the broadcast and his magical faceoff abilities, his line got their head kicked in by McAvoy and Chara, which shouldn’t happen at all because Chara was a complete liability last night. All the action happened around him. He looked like when Ant-Man enlarges himself at the airport and Spider-Man and Iron Man are just flying around him. He couldn’t get to any loose puck, and when he did he generally turned it over. And other than his non-consequential goal, ROR’s line did nothing about it.

-Bruce Cassidy, in a change, kept Chara-McAvoy separate from Bergeron’s line, and let the latter simply nullify the Blues top line of Schwartz-Schenn-Tarasenko. They carried an 85% possession mark against them. You would expect to see this a lot on Wednesday when Cassidy can also choose the matchups, and wonder why maybe New Genius Berube didn’t try something else?

-I’ve always liked John Moore, but recognize that both Devils and Bruins fans hate him because he really has become past sell-by date milk the past few years. That said, in a third pairing role last night he had a very strong game which could have been a weakness the Blues exploited.

-Boy, it wouldn’t be a true Blues balls-up without a really bad goal, huh? Thanks for sticking with tradition, Jordan Binnington. It looked exactly like Sharp’s goal against Ryan Miller in Game 6 in ’14. Brought back so many memories. They’ll be replaying that one for a while if the Blues don’t come out on top on Wednesday. I’m here for it.

-So I’d love to pronounce the Blues dead, but it hasn’t worked that way this spring. They biffed both their home games against the Jets but then took another win in Winnipeg after that. They were down 3-2 to the Stars but came through that. They recovered from “that call” against the Sharks. Yes, this feels like where it should come undone and you can’t really fathom the Bruins losing three straight at home, especially if Rask is going to play like this. But if any Blues team is different, and I’m not sure they are yet, it’s this one.

You could also see them giving up three power play goals in the 1st period on truly moronic penalties and all of us giggling and frothing at the mouth on our couches. Should be fun.