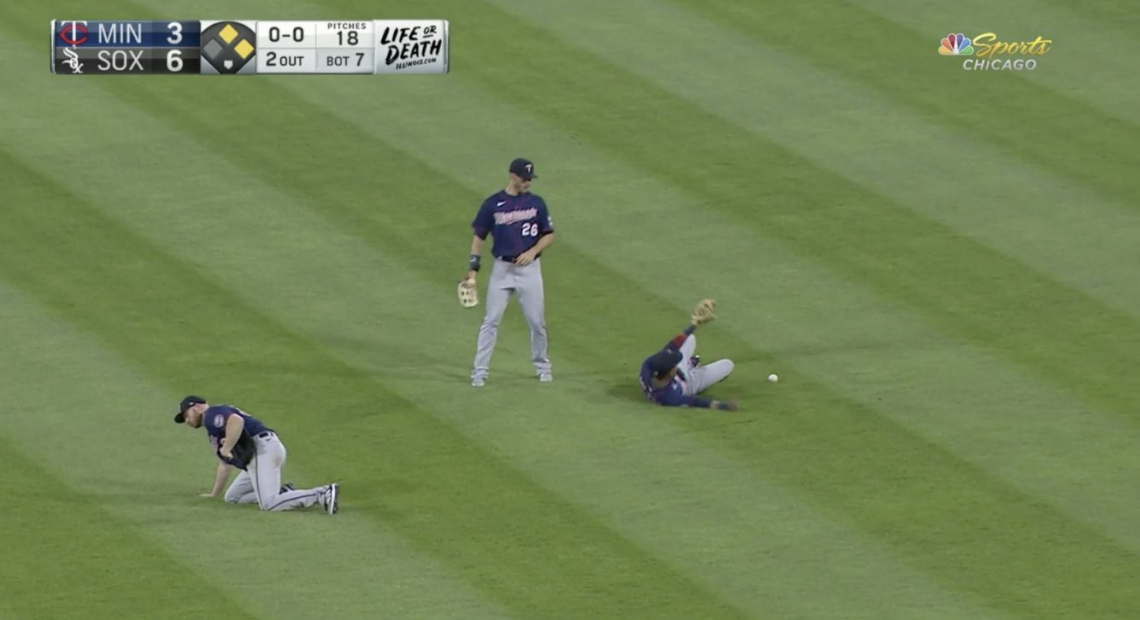 What a wonderful start to the season series against the evil that is the Minnesota Twins. On top of that, the Sox have now swept back to back division opponents and won 8 of their last 10 games in all. Despite that run, Cleveland has gone 9-1 in that same span and is still hanging around one game behind the Sox at the top of the AL Central list. On the flip side is the Twins now sit at the bottom of Shit Mountain, 10 games behind the Sox tied with the lowly Tigers.

The Sox starting pitching has been carrying the load the last few weeks as the offense begins to heat up, so it was nice to see the bats pick up the pitching when Cease and Keuchel had a bit of a stumble in the first two games of the series. The 25 runs the Sox put up boosted their run differential up to +66, good for 1st in the entire American League, with the next closest team being Houston at +45. The numbers look even more impressive when you realize that the Sox are second to last in home runs. So all these runs they’re banging out are being done against the league trend of the Three True Outcomes™ style of offense. Whether this is an adjustment to the deadened balls being trotted out, or a move to a different style of hitting with Luis Robert and Eloy on the shelf I don’t know, but it kicks all kinds of ass.

-Pitchers of the central beware, Jose Abreu is heating up. He had a killer series, going 5-11 with 5 RBI and his first triple in 2 years. He also added a dinger on Wednesday night, making that 3 in his last 6 games. You love to see it.

-We finally had the Billy Hamilton Game on Wednesday, as he went 4-4 with his first extra base hit when he legged out a triple and nearly caught Andrew Vaughn who went 1st to home and looked like I do after playing 30 minutes of tennis. While I don’t expect to see this again, any offense Hamilton generates is a complete bonus and should be treated as such. Good for him, as he’s a pretty easy guy to like.

-Lance Lynn only went 5 innings Thursday and had to go get his hand x-rayed after a comebacker smacked into it. The x-rays were negative and he shouldn’t miss a turn in the rotation.

-Grandal had a very Grandal series, walking 3 times and going 2-7 with a mammoth 3 run shot in game 1. His OPS now stands at .717 with a batting average of .130 which is fucking wild.

-Ole Googly Eyed Andrew Vaughn smoked his career first home run in game 2. He’s now slashing .263/.380/.775 which is MORE than acceptable for a rookie in his first go round in the league. Especially one who thought he was probably going to be DH’ing most of the time, not filling in for Eloy in LF.

-Dylan Cease and Dallas Keuchel labored through their respective starts, though I will say that the Twins are one of the more patient teams in the league, and they forced the two of them in the zone more often than not. Keuchel in particular (outside of his start against the Reds) has looked very hittable at times. Something to keep an eye on.

-Next up is another 4 games against the tailspinning Royals, who have now lost 11 in a row after getting broomed by the Tigers this week. Kopech will be taking another turn tonight in the second game of the double header. 7 is better than 6 boys, keep it up!