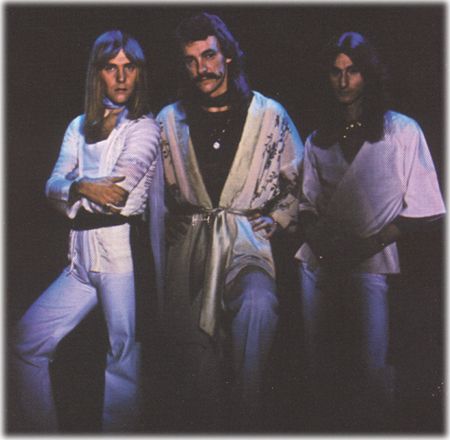 To this point in the season, the Leafs have been fine-to-good, sitting comfortably in the Atlantic’s playoff picture despite other teams having games in hand and dealing with injuries. That, of course, isn’t enough for the Toronto media and fans, who believe that greatness is their birthright, and every Canadian is genetically predisposed to having in intricate knowledge of the salary cap, asset management, forensic accounting, statistical analysis and of course chart making. They believe all this and yet 900 year old Don Cherry is still on TV last night spouting his most recent round of virulent racist bullshit on their national telecast, while the same network employs a shrieking imbecile with toys, severed heads, and tupperware full of his own shit in the basement. A face-painted, cigarette smoking living meme gets a radio gig, and a morbidly obese mouth breathing ball hockey video making cretin’s reports on their minor league system has a vast twitter following, even if it’s 95% all his own accounts replying to himself. They believe these things and yet there is enough coverage time to go around for all of these creatures because by and large, their hockey knowledge is no more sophisticated than anyone else’s, it’s just worn with an intractable sense of unearned importance, and this is the type of shit they demand. It’s why a craven, awful father just last night cynically manipulated his own son’s sadness into a public humilation just so he could get a behind-the-scenes tour of a Leafs gameday experience, and of course for viral social media engagement. Garbage in, garbage out.

Now with that out of the way, the Leaves come in to town having also played last night, losing on home ice in a shootout to Philly after spotting them a two goal lead in the first period. Of bigger importance however, is that now very rich Mitch Marner left the game with an ankle injury and did not even make the trip today while he receives an MRI back in Tronna. Marner has been the point per game player he was paid handsomely to be this off season while remaining solidly in the black in possession as well. If this is the long-term injury it’s feared to be, then Cock Adams Finalist Mike Babjack is going to to have to find some creative ways to replace that missing offense, assuming he doesn’t get fired while trying. Fortunately for the Leafs, they still have plenty of weaponry, as drunken sexual harasser and #1 center Auston Matthews leads the team in scoring with 21 points in 18 games despite the fact that he hates his coach’s fucking guts. He’ll be flanked by Andreas Johnsson and The Good Nylander Brother, who himself is off to a bit of a slow start this season with only four goals, same as his brother. Marner’s spot on the 2nd line was assumed by Kasperi Kapanen last night, and with no morning skate today, it stands to reason he’ll stay there tonight along side the recently returned John Tavares. Colorado import Alex Kerfoot has formed a speedy third line with rookie Ilya Mikheyev, and Jason Spezza, despite suffering the indignity of having been scratched a couple times this season, has at least been solid territorially in his new role as a 4th line center. All in all it’s a formidable grouping even without Marner, quite possibly the most skilled in the league with him.

The Leafs’ blue line was the real work in progress both last year and this year, and newcomers Cody Ceci and Tyson Barrie haven’t exactly set the world on fire. Ceci’s long been a punchline despite somehow only turning 26 next month, but he’s been paired mostly with de facto #1 Morgan Rielly (spell your name right, dickhead) and in taking he top assignments it’s basically played them to a draw in attempts for and against. Though with this offense, a 50 share is not ideal. Barrie was brought in to push the play from the second pairing, and while he and Jake Muzzin have done that by the tale of the tape, Barrie hasn’t yet produced the kind of offense that was hoped of him while his cowboy tendencies have left Muzzin more exposed than Babs would prefer. The most recent third pairing of Justin Holl and Travis Dermott only has a couple of games together (30 minutes of even strength time), but they’ve maximized that quite nicely with a 54.5 share in limited time.

In net, with Freddie Andersen playing last night, it will be blog favorite and New Sensation Michael Hutchinson in net, hoping to channel the Devil Inside. Hutchinson has an .885 overall and .890 in just five appearances this year, which is Not Enough Time to decide on if he’ll be What You (the Leafs) Need to manage Andersen’s workload, or if Rivers Dubas and Babs will need to Meditate on whether to find backup help outside the organization, at which point Hutchinson will Disappear on waivers.

As for the Men of Four Feathers, last night in Pittsburgh certainly wasn’t to the level of embarassment of some of the previous outputs in this young season, but regardless of getting into a coinflip scenario in the shootout, the fact remains it should have never gotten there holding a two goal lead half way through the game. Teams with any kind of real aspirations find ways to win those, and the Hawks keep telling everyone that they have those aspirations, despite not having a plan and a shitty process that includes scratching your two most valued prospects on the same night. Obviously it won’t be clear until warmups, but it would stand to reason that both Boqvist and Dach would get back into the lineup tonight, the former likely to take Slater Koekkoek spot who had a Normal One last night being adrift on both goals against, and doing his best to dick the dog on the 3-on-1 Kubalik goal. Were it not for Koekkoek’s showing, Brent Sbarro would most certainly be deserving of having his ample ass in the press box as well with what he put on display last night. Boy, it sure is a good thing that the Leafs don’t have any insanely fast and skilled forwards to worry about. Robin Lehner predictably gets his turn to bail water on this outfit tonight after Crawford went last night in Pittsburgh.

The Hawks are hilariously overmatched in terms of the opposing forwards against their blue line tonight, even more so than usual, even with Marner out. In terms of Hawk forwards versus Leafs’ defenseman, that’s probably a push, and the Hawks having the clear edge in net. So basically if this is going to happen it’s going to come down to Lehner having to stand on his head, which means he’ll whine more in the media about how he’s not treated as elite as he thinks he is. Let’s go Hawks.