Series Wrap – Sox Take 2 of 3 From Royals: Tim Anderson Has Fun, Is Punished 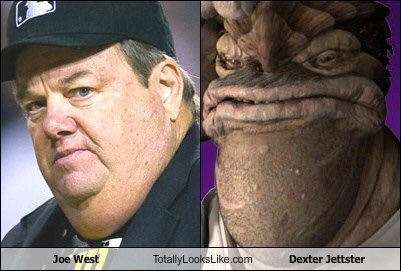 Well that was fun, right?  The first two games of this series featured some of the more timely hitting this club has done all year.  Of course, by “timely hitting” I mean “Mashing Dongs Out Onto The Dan Ryan.”  While the third game…well…we’ll get to that in a minute.  Suffice it to say, it was anything but boring, especially with Professional Diva Joe West along for the ride.

-The first game started out exactly like Ervin Santana’s last start.  His fastball had the movement of Brent Seabrook chasing down an icing (SYNERGY), and was being clocked at a steaming 89-91 MPH.  Pitches like that to major league hitters tend to fly a long way, and that’s exactly what happened.  Dingers by Hunter “I’m Not Brian” Dozier, and Chris Ownings quickly put the Royals up 3-0, and a feeling of doom settled in the air.  To my pleasant surprise, he pulled himself together, and pitched well enough after that to keep the Sox within striking distance.

-And strike they did, scratching out a couple runs thanks to a timely challenge at first base, and a Leury Garcia double.  The Sox managed to give it back by having Manny Banuelos issue a lead off walk to Flash Hamilton who promptly beat a Wellington Castillo pitchout attempt that missed second base by what appeared to be 6 miles and ended up standing on 3rd.  One sac fly later and the Sox were down again.  Castillo didn’t let it get him down, as he took a Brad Boxberger 2 seamer opposite field for a 2 run shot, and the win after Alex Colome mowed down the Royals in the 9th.

-Game two featured a battle of the Lopez boys, as Reynaldo took the mound against Jorge in an attempt to get his ERA to a number that wasn’t cleanly divisible by 5.  He actually pitched well enough, even though it looked like the wheels were near to falling off in the 2nd with a solo shot off the bat of The Duda.  Much like Santana before him, he settled down for a solid, if unspectacular, start.  He was able to secure his first win thanks to…

-MONCADABOMBZ!  Seriously, I realize that the sample is still small but it’s hard not to watch Yoan at the dish and get super excited about what he could be.  His first dinger was awesome, as he worked the count in his favor, then was able to take a good looking 2 seamer tailing out of the strike zone opposite field about 5 rows deep.  His second one he took a hanging breaking ball and scorched it into right field.  He’s displaying pop to all sides of the diamond, and his eye for pitching combined with a newfound aggressiveness at the plate is awesome to see.

-Timmy continued his assault on major league pitching, raising his average over .450 going into today’s game.  The same game where he took a Brad Keller fastball and atomized it behind the Sox bullpen.  He then had the sheer AUDACITY to be excited about vaporizing Keller’s shitty fastball and gave a bat flip that would make a Korean-leaguer blush (If you don’t get that reference, google “Best Bat Flips in KBO,” it’s worth your time).  Wouldn’t you know it, the next time Timmy came up in the 6th inning, Keller drilled Anderson directly in the buttcheek.  Tim walked down to first very slowly as the benches cleared jawing at Keller the whole way down.  Then some more shit was said, and baseball tempers flared again and there was some light pushing and shoving which resulted in both managers getting tossed.  Then, just because he couldn’t stand that it wasn’t about him yet, Joe West decided to toss Anderson out for having the temerity to turn his ass towards West’s general direction.

-There’s a lot to unpack here, but the fact that it’s still acceptable in baseball to hurl a stone at a human being 90+ miles an hour because some dumbfuck unwritten rule got broken or your fee fees got hurt is absolutely asinine to me.  If MLB wants to market these amazing young players to a dwindling fan base then they need to take shit like this and fine/suspend it into oblivion.  Who’s more important to MLB’s future, Tim Anderson or some slack jawed John Lackey lookalike who’s gonna end the season with a 5.22 ERA and 4 wins?

-Anyways, the Sox couldn’t buy a hit after that, and still managed to lose in extra innings, so…progress?

-Finally…….fuck Joe West into the sun.  If you think he tossed Anderson today because of something he did on the field and not what he said 2 days ago about him (“everybody knows he’s terrible”) then I have several bridges and penny stocks to sell you.  Umpires have hard jobs, and 9 out of 10 times I feel for them, but 99% of the time, Joe West is the 1 out of 10 where I throw my hat at the tv and he needs to waddle off into the sunset.

Anyways another series win, and with the moribund Tigers looming this weekend a chance to make it 3 in a row.  I’d also like to point out the Sox are 2-0 in series where I do the recap, so you’re welcome Ricky.