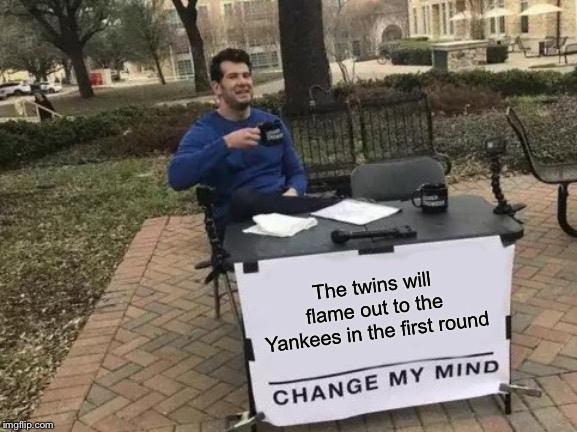 Honestly, this is the kind of stuff I want to see these last 11 games of the season. The wins and losses at this point are immaterial to the final product going in to the off-season, as individual performance carries much more weight in my opinion. Which in and of itself is odd since baseball is a team sport and all, but for a club like the Sox that has another losing season in a long string of them you have to find the light at the end of the tunnel. Finally, it’s starting to shine a bit brighter.

The second game of the series is the epitome of what I’m talking about. Yes, the bullpen exploded pretty spectacularly in extra innings, but the way the Sox GOT to extra innings, then went ahead two separate times is the kind of stuff I want to see. 13 hits banged out by the middle of the order (all members of The Future™) capped off by a beautiful bomb by Tim Anderson in the top of the 10th inning. Evan Marshall, Aaron Bummer and Kelvin Herrera all holding down the fort in the middle innings to keep the team in the game. These are all GOOD THINGS, people! GOOD ASS THINGS!

TO THE BULLETS OF THE FUTURE!

–Tim F’n Anderson. Bangs out five more hits to bring his average up to .335, sitting .006 in front of Boomhauer lookalike DJ LeMahieu. A beautiful moonshot in extra innings, sprinkled with some quality defense in this series including a great snag deep in the hole off of the bat of Miguel Sano that was an absolute missile. He’s fun, and if you don’t enjoy that then you shouldn’t be watching baseball.

-Despite the meltdown in extra innings on Tuesday night, the Sox bullpen actually deserves some props for keeping the team in it after the starting rotation blew up even more with Lucas Giolito being shut down due to a lat strain. They picked up the ball and ran with it after Reynaldo Lopez and Boss Detwiler each gave up five runs in 5+ innings. Bummer, Marshall, Fry, Herrera…hell, even Carson Fulmer pitched multiple innings and gave the Twins nothing to work with. A solid bullpen is going to be necessary next year with multiple starters returning from Tommy John surgeries who will need innings monitored closely. This is a good start.

–Eloy’s batting average continues to climb like the temperature. He’s now up to a .264/.314/.811 slash line. If he ends anywhere near a .270/.330/.875 line I don’t see how you could consider his first year anything other than a success. With seven games left on the docket against the Tigers, I like those odds.

–Reynaldo Lopez had another one of his down starts following a good one. Consistency is never going to be a hallmark of his, but if he’s your 5th starter I think your rotation is gonna be pretty damn solid. He’s definitely earned a spot going into spring training.

-Psssst…Yoan Moncada is batting .312 and is just as awesome as Timmy.

–Zack Collins hit home runs in back to back games, and is looking a little more comfortable up at the plate. His defense behind it, however, is not.

-I was at an air traffic control conference this week (shock) in Las Vegas (more shock), and the theme of the conference was “Make Every Day A Training Day.” One of the guest speakers was White Sox alum Ron Kittle, who spoke about the training and preparation levels that the professional baseball players of today need to have. He happened to notice me after the panel with my Sox hat on and chatted with me for a bit. The biggest nugget he mentioned was the fact that Luis Robert might be the best of them all. Kittle said he reminded him of a young Roberto Clemente, but with more power. Wow.

-6:30 night games for the 3rd game in a series when you have to work at 6am the next morning sucks. Do better, MLB.

-Next up for the Sox are the Tigers, who are in danger of being relegated to the California Penal League. Lets hope the remainder of the Sox starting pitching staff are able to keep their elbows attached to their bodies for the remainder of the season. The end is nigh.