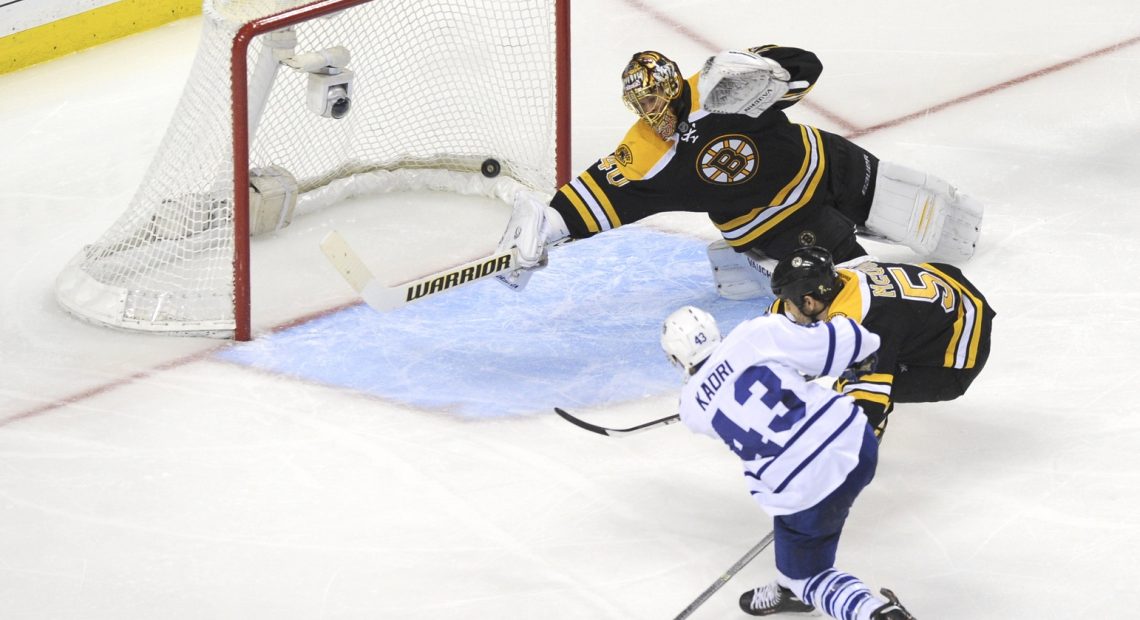 Though things around here have been quiet for over a month, with the Hawks retaining their key young restricted free agents in Nick Leddy and Marcus Kruger, it’s becoming more and more apparent that Stan Bowman’s actions in building his team are the exception and not the rule. Bowman got burnt badly in the past when the Niklas Hjalmarsson signed an offer sheet with the Sharks, and if a couple teams around the league aren’t careful, they might find themselves in a similarly compromising position with this year’s diminished cap.

One example out east is the Rangers’ situation with Derek Stepan. By their season’s conclusion, Stepan had become the Rangers’ top center while the very expensive Brad Richards rode the pine during John Tortorella’s swan song against the Bruins. Stepan produced 44 points in 48 games, and some pretty excellent possession numbers on a team that was hurting for offense. This was all while making a paltry $875K against the cap on his entry level deal. And therein lies the problem.

Even with Derick Brasard finding new life at MSG after coming over from Columbus in the Marian Gaborik deal, that Stepan’s usurping of the #1C role from Richards was confirmed with Richards’ benching likely means that Stepan’s going to be looking for #1C money, and the Rangers have a hair over $2 million in cap space available with 24 players signed already. Not that it’s ever not hilarious to watch Glen Sather paint himself into a completely moronic corner and somehow still retain his job, but under the new CBA, it will be that much tougher for him to get Stepan in at a reasonable cap hit without clearing out other assets as Richards was not bought out.

Things are slightly different closer to home in West East St. Louis, where the Blues are playing hardball with Alex Pietrangelo. Though Petro took a slight step back this past season from his breakout 2011-2012 campaign, it’s clear that he possesses the size and skill to be a franchise bedrock for them for a long time, and is one of the few players on the roster who doesn’t inspire vitriolic hatred at the very mention of their name, such is the respectable way in which he plays the game. But the Blues have got cap space to spare, it’s just the finances of the team itself that make things difficult to keep Petrangelo in the fold at what the market says he’s worth, which should be about $6.0ish, especially after they decided to give Jabe O’Meester more long-term paper.

And then of course there is the unmitigated goat fuck that is the Toronto Maple Leafs, who have yet to sign Cody Franson or Nazem Kadri, but found it necessary to throw money at David Clarkson, Jonathan Bernier, and Tyler Bozak after cutting bait with Mikhail Grabovski. The Leafs  have a shade under $5 million to sign a young, offensively minded, right-handed shot defenseman, and a center who put up 44 points in 48 games in his first prolonged stint in the league after being jerked around by the organization, and also put up respectable possession numbers on a team that was famously terrible at doing so. This was naturally the impetus for giving Dave Nonis five more years on his contract.

In each of these cases, the closer camps get to breaking for the upcoming season, the more leverage the players have, as they’re obviously key components for whatever success their teams may aspire to this coming season. And by that same token, some intrepid team might be well served to break the inexplicably unwritten rule of not poaching on another team’s restricted free agents. A team like the Islanders that has a ton of young, cost controlled assets and cap space to spare could benefit greatly from throwing $5 to $5.5 million at Stepan or Kadri to establish some truly impressive young center depth behind the emerging John Tavares, and in the case of the former, it’d certainly spice up the dormant Rangers/Isles rivalry just in time for the Isles’ move to Brooklyn. But because this is the NHL, where unspoken collusion runs rampant, it won’t happen even though all of these mechanisms are available to everyone.

The lesson more than likely to be learned here is that it’s advisable to get quality restricted free agents signed as early as possible to minimize risk of their pricetags being driven up by necessity, and thus forcing residual roster moves to make room. The lesson is also that Dave Nonis and Glen Sather are morons, but everyone pretty much already knew that.