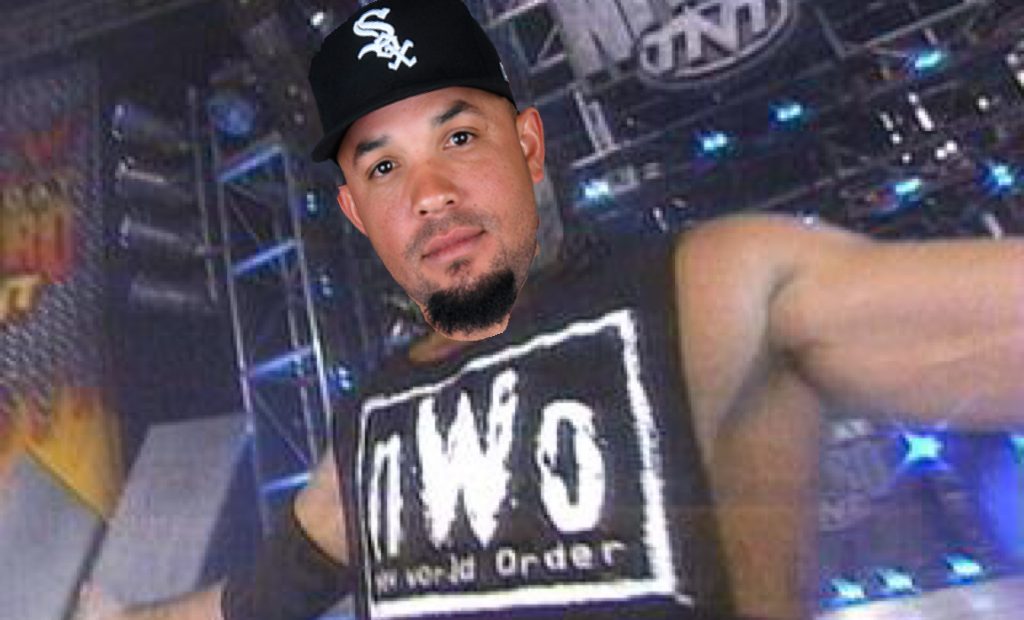 Moving along the diamond we come to the deepest position for the Sox infield, 1st base. It also contains the most tenured and respected player on the team, Jose Abreu. Nestled into the middle of the Sox “Sold B+” off-season was a 3 year extension for Jose. While the contract itself was a source of consternation for the Sox Faithful during the winter months, ultimately it’s now up to Jose to prove he deserved that paper and try to build off a season which was both successful (Led the AL in RBIs!) and not (highest K rate and lowest BB of his career). Let’s see what we can see, shall we?

Last Week on Nitro: 2019 was somewhat of a mixed bag for Jose Abreu, as mentioned above. His power numbers were some of the best that he’s had since he broke into the league in 2014. The 33 home runs is his second highest mark, and the 123 RBIs blew away his previous high of 107. These are all (obviously) very good things, and what you’d expect out of someone of Jose’s size and position on the diamond. What wasn’t so great was the leap in his K rate and the precipitous dip in his BB rate. Jose was always known for his above average eye at the plate, and yet last season showed him chasing more down and away off-speed stuff. His OBP, while higher than 2018, was still a good .020 lower than his usual sterling .350 mark. The rest of his stats, including his hard hit and line drive rates were in line with his career norms. His BABIP was where you’d expect it to be as well.

Jose was also his usual stalwart self, hardly missing any time due to injury which has been a hallmark of his every season except 2018 (which we shall forget ever happened). So what to make of it all? Is this the new Abreu, primed for power and not worried that right field even exists? Or is it an outlier of sorts, and he will return to his “spray to all fields with pop” ways in 2020?

TOO SWEET (WHOOP WHOOP): While Jose is progressing in age, it’s by no means a death knell for his production. One only needs to look North to Nelson Cruz or even right here on the Sox with Edwin Encarnacion (who I’ll talk about tomorrow) to show that given the right scenario, those guys can not only be productive but key pieces of a baseball team that has deigns on more than just a winning record. Shit, by the time the season gets under way Abreu will be 6 years younger than Cruz, which seems to punch holes in the theory that the regression monster is destined to consume him.

The best case scenario for Jose this summer is the continued development of Tim Anderson, Yoan Moncada and Eloy Jimenez. If the three of them are able to provide Jose some cover in the lineup, I could see him coming close to the power numbers he put up last year. Having Edwin Encarnacion  and Yasmani Grandal in the lineup could allow Abreu to hit comfortably in the #5 or 6 spot in the lineup, keeping his RBI opportunities plentiful but no longer forcing him to be THE MAN. If everything swings his way this year, I could see Jose having the kind of season that makes folks forget about the Sox overpaying him back in December. Turning back the clock to 2013 with a .290/.345/.500 kind of line with 120 RBIs is well within reach with proper placement in the lineup by Ricky and Jose’s continued good health.

On the other side of the ball, if Tim Anderson lived up to his promise and his D improves this winter, it will go a long way for Jose’s defensive numbers. Jose not having to chase shitty throws to the dugout or scoop shit outta the dirt like cat litter would be a nice change of pace for him. He’s never going to be Albert Pujols in his prime at 1B, but he’s not a sinkhole over there either. Add in the fact that Encarnacion, Grandal and even James McCann will be able to spell him at 1B will only help in the long run keeping Jose viable.

YOU FUCKED UP! YOU FUCKED UP!: The flip side of the mega-positive coin is instead of having 2019 Nelson Cruz as a comp, you end up with 2019 Miguel Cabrera. While Miggy was still a decently productive player in 2019 (.282/.346/.398), he was a slightly below average league player (-0.3 WAR), which for a guy with a contract that has a $31 million dollar AAV is nightmare fuel for fans of a team with an owner like Jerry Reinsdorf.

Miggy had a terrible time staying healthy over the past few years, and really his contract is the only thing keeping him on the field at this point. I’ve always been a big fan of Cabrera and his shenanigans on the field, but for a team like the White Sox who are poised to take the jump to the next level having this happen to Jose would be bad news.

The other thing that would be absolutely brutal for some of the Sox off-season moves is the ball suddenly goes back to not being made out of plutonium and all the dingers are now warning track fly outs. In the past this wouldn’t be the end of the world for Jose, but last season he decided to turn and burn way more than in seasons past, and a dead ball would have his numbers crash faster than that guy trying to prove the earth is flat by flying his own rockets.

BAH GAWD THAT’S ABREU’S MUSIC: Here’s my prediction for Jose for this season: it’s gonna be pretty much the same as last season. What we’ve seen out of Abreu lately is the new norm for him, as pulling the ball for power is a lot more fun than trying to split the right and center fielders. Running sucks, and people who do it for fun are insane. Why leg out a double when you can put one in the bullpen and jog around the bases? His final line will look something similar to this: .269/.325/.489, with 30 dingers and 110 RBI for a total of 2.0 WAR and a wRC+ of 115. Which is perfectly acceptable for him on this team.

Jose will most likely start the season hitting out of the 3 or 4 hole (Because Ricky Renteria), but with all the danger the Sox present in their lineup going forward Ricky will see the value of hitting Jose out of the 5 spot where he can comfortably knock in runs all year without the pressure of hitting higher in the lineup. He’ll have to spend some time at DH to get Grandal and Encarnacion reps at first (which he hates) but he’s the ultimate team player, and it’ll work for him.

The most important thing for Jose is he’s gonna have a shitload of fun this season, right along with the rest of us. Even if the Sox end up with 85 wins and miss the postseason by 6 games it’s going to mark a change in that dugout. The wave hasn’t made it to the shore yet, but it’s on the horizon.