Never Cheer Before You Know Who's Winning – Hawks 5, Kings 2 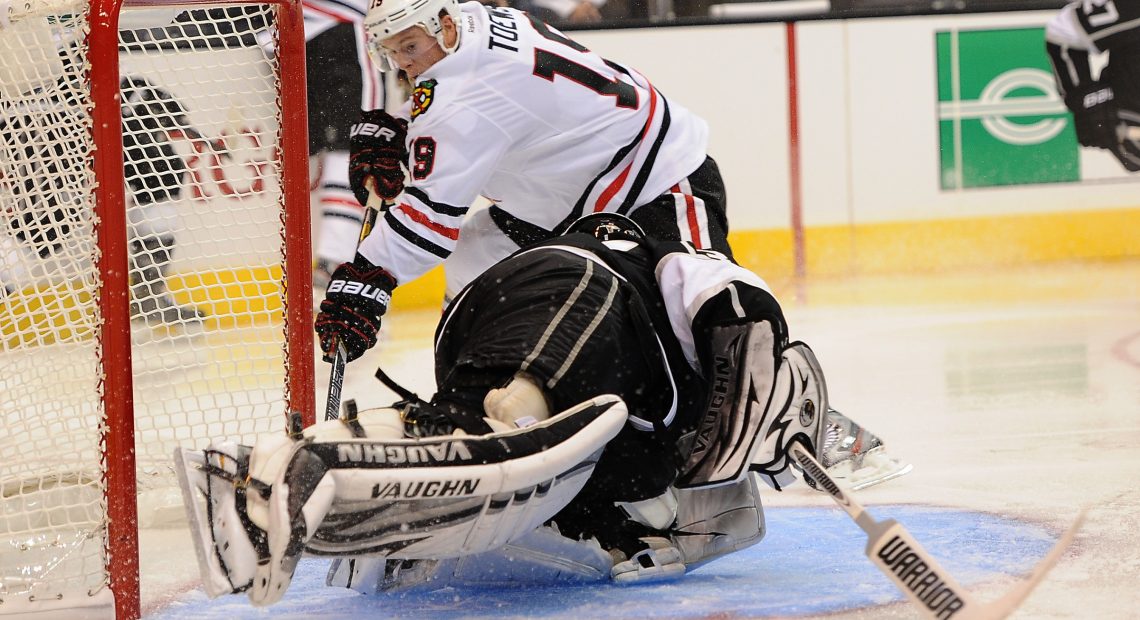 Our long national nightmare is over, as there is now an actual NHL hockey game in the books for us to cover, and it’s about goddamn time. And give the Hawks credit, the display they put on today is about as good as anyone could have drawn it up. Two points are two points, and the giant SAMPLE SIZE asterisk for any and all points made from here on out is attached, but even still, this was quite emphatic.

After a predictably lengthy pregame ceremony, the proceedings finally got underway after about a half hour of pomp and circumstance. An understandably rambunctious Kings squad quickly put themselves down two men, giving the Hawks a 5 on 3 for a hair over a minute. After some solid puck movement (imagine that), Patrick Kane put the Hawks on the board with a zero-angle one timer feed from Marian Hossa, whose name will be repeated ad nauseum from this point forward.

Hossa extended the lead to 2-0 less than 10 minutes later after a centering feed to a driving Jonathan Toews bounced off of the increasingly Kevin Corrigan-looking Drew Doughty and past Jonathan Quick, whose day would not get any easier after that. Less than a minute and a half later, Michael Frolik surpised everyone, most of all Jonathan Quick, with his decision to actually shoot from the slot off of a very nice pass from Marcus Kruger, who drew two defenders to himself and also drew a penalty that was negated with the Frolik score, and gave the Hawks a 3-0 lead at the end of 20.

A fourtunate bounce in the early goings of the second gave Patrick Kane a breakaway down the left wing boards, and though his backhand stuff attempt failed, Jonathan Toews was on the spot to clean up the rebound with a nice bit of patience. The rest of the second slowed down to the inevitable slop that was expected after the long layoff, and Rob Scuderi flung a shot from the point that eluded Corey Crawford, who never saw it coming.

Halfway through the third, Jordan Nolan redirected a shot past a sprawled Crawford after a scramble to bring the champs within two. But like a gangland style execution, Marian Hossa put a bullet in the brain of any hope the Kings might have had with a brilliant wrister off a rush at the top of the right circle through a defenseman’s legs and past Quick on the short side. Hawks 5, Kings 2, onward into the desert tomorrow night.

Tags: Hawks I'm Marian Hossa And You're Not Kings