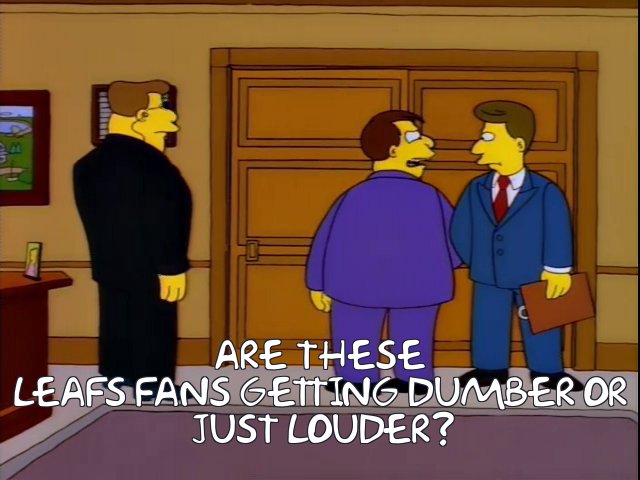 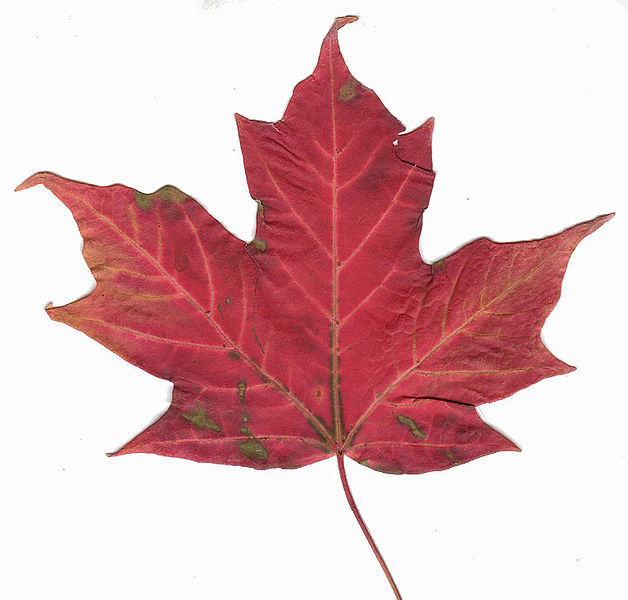 During the Hawks first “streak,” it was obvious they were benefitting from a softening of the schedule. Even when they played barely real teams, they were simply outclassed. We don’t know if this is a new “streak” yet, three in a row hardly constitutes that, but whatever it is is unlikely to continue tonight. The Hawks are playing one of the few REAL-ASS teams in the league, and we know how that’s gone. And they’re facing one that’s probably going to have an edge/snarl to it.

The Leafs had something of a “test” on Monday, and they got absolutely horsed by the Lightning at home, 6-2. If they had won that game or even been close, you might be hopeful of catching them with their focus elsewhere. Probably no such luck tonight. Maybe if the Bruins had beaten the Jackets last night and moved six points ahead of the Leafs, they would have decided there’s nothing left to play for and would have spent the last 13 games looking at their watch. But with a four-point gap and a game in hand, the Leafs can reasonably think that home-ice is still on the table and worth chasing (which is debatable). So the combination of frustration and motivation should have the Leafs antennae up, which is hardly good news.

There’s also the small matter of Morgan Rielly, which shouldn’t matter but will in the sense that he will get a standing ovation from the frothing, rich aristocracy that fills the Whatever It’s Fucking Called Now Center, because…he might…not have…used a homophobic slur? They won’t know why, they’ll just clap like the trained seals all fans become in situations like this. Either way, he and the Leafs will be happy to have a game to play to distract from whatever the last two days were. All of this does not add up to a pleasant night for the Hawks.

And even without all that, this is a team so far beyond the Hawks you wouldn’t want to drive it. In games against the league’s penthouse residents, the Hawks have generally been embarrassed. The Lightning have dribbled their head like a basketball twice. So have the Sharks. The Jets took them seriously for like a combined 12 minutes and got three wins out of it. They were with the Bruins in South Bend when the Bs were in their worst stretch, and then nowhere close in Boston. They’re 0-3 against the Flames. It’s not an enviable record.

And though they may finish third in their division. and though their media and fans refuse to shut up about anything, this is still an unholy offensive force. John Tavares has 76 points, and he’s the second center. There are three lines here better than the Hawks can muster with one, and when they get rolling no one can live with it (except Tampa, apparently). The Hawks were able to put up six on this team in the home opener because they got a look at Garret Sparks. They’ll find no such refuge here. The Leafs will want a recovery from Monday, which means Andersen, who’s been one of the better goalies in the league.

If the Leafs have a weakness it’s a defense that still is short, even with Jake Muzzin, but you have to get the puck first which is the real trick. Sure, if the Hawks can get DeBrincat or Kane or Saad or Toews bearing down on Hainsey or Zaitsev or whoever they might find some joy, but getting to those spots takes more than a smile. It’s also a beat-up blue line as both Gardiner and Dermott are out.

For the Hawks, shouldn’t be too many changes. Crawford will start, and the lines should look the same (go pound, John Hayden). The expectations for this one should be nil. If the Hawks can get a win in Montreal against a Canadiens team fighting it, this trip will be a success. After that, it’s the Canucks, Flyers, and a home-and-home with the Avs. Basically it would be set for the Hawks to perform one last death rattle if they get out of Canada alive.

And if not, they are who we through they were anyway.