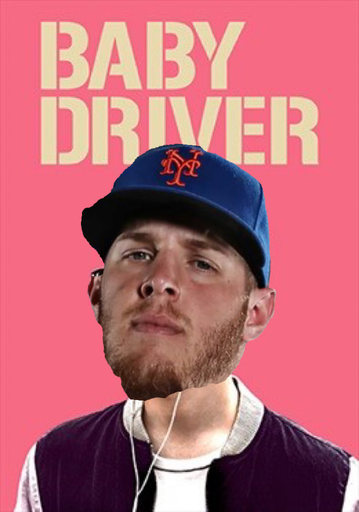 The White Sox need another starter, perhaps even two. The immanent return of Michael Kopech should satisfy one of those needs, but successfully returning from Tommy John surgery is no sure thing. In addition to that, you can almost guarantee that his innings are going to have a cap on them, as the most he’s ever thrown in a season is the 140 he tossed before his elbow went “TWANG” in 2018.

So Kopech fills in for Ivan Nova, but that still leaves the Black Hole of Sadness that is the Sox 5th starter. Carlos Rodon won’t be back until August at the earliest, and he faces the same questions Kopech does. Reynaldo Lopez hasn’t cemented his spot in the rotation of The Future™ as of yet, either. Besides, you can never have too much starting pitching (or so I’m told).

So that brings us to the next person on the White Sox offseason shopping list. He’s a front line starter who comes with some risk attached but (other than Gerrit Cole) is the youngest available free agent starter on the market. I of course speak of Zack Wheeler.

Why Him?: First off like I said above, he’s the youngest starting pitcher available on the market this winter that the Sox would realistically (as much as I want Cole or Strasburg) pursue. He has that first round draft pick pedigree that Rick Hahn loves so much (though to be fair that’s a hangup of most GMs) and would immediately make the Sox starting rotation a thing to be feared.

His fastball sits in the upper 90s with movement, and he has a nasty slider that he throws in the low 90s for his strikeout pitch. He also has a plus curveball and an average changeup that he doesn’t throw a whole lot in the zone. He also has a 44% ground ball ratio compared to a 32.5% fly ball that would play well at The Down Arrow.

Him lining up with Giolito, Kopech, Cease and Lopez gives you four starters that will rack up strikeouts at a hilarious pace, and would hopefully take some of the onus off the bullpen to have to eat up so many innings. Plus with him just entering his age 30 season, the threat of a downturn in velocity seems pretty low.

Why Not Him?: First and foremost, injuries. Wheeler has had issues staying healthy, as he’s never broken 200 innings in his career. In 2015 he had Tommy John surgery to repair a torn UCL which cost him all of the 2016 season. In 2017 he got tendinitis in his bicep which cost him some time on the IL, then after than he had a stress reaction in his right arm (a stress reaction is basically a broken bone that hasn’t totally broken. I had to google it.) which resulted in him being shut down in August. He also missed time this past season with a shoulder impingement.

In addition to the injury risk, he’s another righty which with Carlos Rodon out would make the current starting rotation entirely right handed. In and of itself this is not a terrible thing, as if the stuff is good then the results will be good. Still it’s not the worst thing in the world to be able to vary the handedness of your starters from time to time. Especially when the Indians and their bevy of left handed mashers is in your division.

He was also issued a qualifying offer from the Mets this last week, so any attempt to sign him after he turns it down results in the Sox sending a 2nd round draft pick to NY. Thus far, Rick Hahn has been loath to part with ANY of his draft picks…but the time for the Sox hoarding them is well past.

How Much Is This Free Resort Weekend?: FanGraphs has Wheeler looking at a four-year deal with about an $18 million AAV running at a grand total of just under $80 million total. This contract would blow past the $68 million the Sox gave Jose Abreu as the highest ever issued by the team (pathetic). Being that the Sox are most likely going to have to overpay due to the fact that the South Side isn’t currently the mecca for free agents the Northside is, I would think four years and $85 million might be enough to get Wheeler in a Sox jersey.

If the free agent market is slow enough, his injury history could potentially suppress that number even further. Either way, the $85 million would probably be the cap that Rick Hahn would set for himself, especially with all the other needs (DH, RF, 2B potentially) to be filled out in addition to starting pitching. I’m a big fan of Wheeler, and I think he’d fit in nicely here. It’s a bit of a stretch, as I see the Yankees becoming a problem if they miss out on Gerrit Cole and I don’t see Hahn outbidding them, like, ever. If the dominoes fall the right way however, Wheeler could be another pillar of an awesome pitching staff.