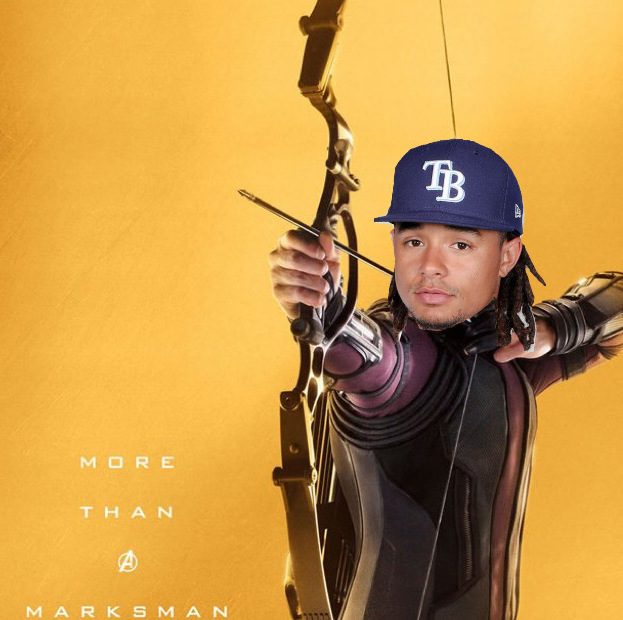 I talked earlier about the need for the White Sox to fortify the front end of their rotation earlier by adding Zack Wheeler via free agency. What if the Sox could accomplish the same thing without Rick Hahn having to spend nearly as much of Jerry Reinsdorf’s precious precious gold? I’m gonna propose something pretty wacky and radical, but it fits the Sox modus operandi perfectly, plus it gives Don Cooper his favorite thing in the world: a reclamation project.

I know we here at FFUD talk a lot about pilfering from the Pirates stash of available players. Wes already did it with Starling Marte, I’m gonna propose taking Archer, and Adam has a plan to free Josh Bell from PNC Park that you’ll hear about tomorrow. The reason we’ve decided to raid the Pirates is twofold: They’re gonna rebuild again, and they have a history of being dumb. If Hahn can take advantage of both, he absolutely should.

Why Him?: Based solely on his stats from last season, one would think there really isn’t a good reason the Sox should be doing this. By any metric available, Archer had a terrible season, going 3-9 with a 5.19 ERA and a 1.41 WHIP and a ginormous 4.19 BB/9. His FIP was a career-high 5.02 which suggests he earned every bit of that ERA. Taking that into account the Pirates would not be dealing from a position of strength in trade talks, but why would the Sox want him?

This is purely a buy-low scenario for Hahn and the Sox. Archer has been an excellent pitcher in the past, and has pretty nasty strikeout stuff when his accuracy doesn’t abandon him completely. He’s only two years removed from a 10-win, 200+ inning effort with the Rays on a pretty terrible team. He also struck out 249 batters that year, the third season in a row of him having 230+ strikeouts. He also had a tolerable 4.03 ERA, which his 3.40 FIP suggests was aided and abetted by bad D behind him and playing in what essentially is the tip of a concrete condom.

His velocity still sits at almost 95 MPH on his four seam fastball, so there hasn’t been any losses there. The Pirates tried to get him to use a two-seamer last season to predictably terrible results. Once he ditched it and went back to the four-seam, his results in August were much better, as he had a 3.00 ERA in four starts that month. He also struck out 27 batters in those 18 innings before he was lifted with shoulder issues in the 4th start.

This is also the perfect time for the Sox to make a play for him, as his contract jumps up to $9 million from the $6.25 that it was two seasons ago. For a team that (based on what they’ve said publicly) is looking to shed payroll and enter a full rebuild mode $9 million off the books for minor league talent would most likely be fairly attractive. In addition to that, Archer has a team option for $11 million next season with a $250K team buyout, so the Sox wouldn’t be saddled with a shitty contract if Cooper isn’t able to fix him.

Why Not Him?: Archer was shut down at the end of August with shoulder inflammation, which is never good for a pitcher. In addition, it was never discovered what actually caused the inflammation so there is the possibility that there is something structurally wrong with his shoulder that the doctors have not been able to find so far. Also, he did just get his skull caved in for the first four months of the season last year, so there’s a lot of inherent risk in making this move.

How Much Is This Free Resort Weekend?: Here’s where it gets fun, because it’s probably not going to take a ton to pry Archer away from the Pirates. His career worst year pretty much seals that. In addition, the fact that the new GM has a chance to flip a player that the guy who had the job before him gave way too much away for (Austin Meadows and Tyler Glasnow? Holy shit, that really WAS a dumb fucking move. No wonder the guy got fired). Everybody likes making the guy who had your job before you look like a moron, so he can trade Archer to the Sox for some middling prospects as a salary dump. Perhaps Blake Rutherford and Luis Gonzalez would be enough to wet the whistle of the new Bucs GM, whoever it ends up being.

This is a pretty out-there idea but it fits the way the Sox like to operate. If the dice roll comes up eleven, the Sox could end up with the kind of guy who is a solid #3 starter for them at a very controllable price (which Jerry loves). If they make the deal and Archer is still getting shelled they can cut bait and only be out of $250K next season, which I’m sure they’d just trade to the Rangers with some international bonus pool money anyways. Let’s get weird, people!