2019 MLB Draft: White Sox Miss Out On Miracle, End Up With Guy Who Mashes Anyway 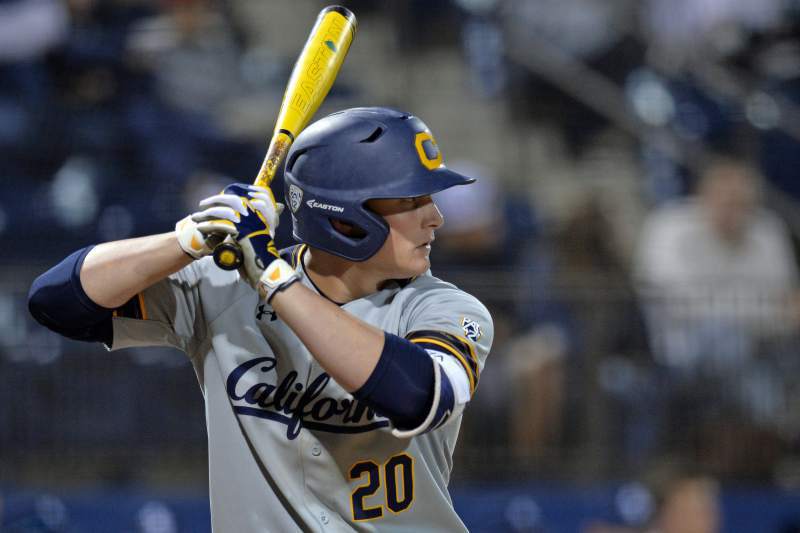 Regardless of how you feel about “amateur” drafts in professional sports, they’re probably never going away in America because of the spectacle they bring. The NFL Draft is their second biggest cash cow to the Super Bowl, the NBA and NHL are able to steal the attention of their audience that cares twice because they have the lottery, and even baseball has one of the more intriguing draft formats that opens the possibility for chaos under the right circumstances. But baseball essentially needs the chaos for it to be any fun, because there are a small number of people who care enough about learning who might play for their team in two or three years enough to pay attention, and MLB Network insists on making the draft itself unwatchable by forcing Harold Reynolds upon us.

Unfortunately for White Sox fans, the lack of chaos last night resulted in two losses – the loss of a dream (kind of) and the loss of three hours of your life if you continued to watch much longer after the Sox picked at #3.

You may not have to pay a great deal of attention to college baseball and/or MLB draft news to have known that Oregon State catcher Adley Rutschman was the top prospect in the draft this year, and with the Sox picking at #3 there was always a snowball’s chance in hell they would end up with him. But because of the Slot Value system MLB uses in the draft, which assigns a value to each pick but doesn’t necessarily require teams to pay the player they take that exact amount, there was some thought Baltimore might try to save some money on their first pick and go in a different direction. Given Baltimore GM Mike Elias’ history of doing so as souting director in Houston, it wasn’t exactly a stupid thought, especially since they’re at least 5 years away from contention and Rutschman is little more than 18 months away from being a star at the MLB level. Had they taken someone besides Rutschman and Bobby Witt, Jr. at number one, the thought was that the Royals loved Witt enough to take him at two regardless and the Sox would have Rutschman gift wrapped to them at three.

However, in something of a turn of events for them, Baltimore wisely did not screw up their golden opportunity and took the switch-hitting star in Rutschman. Instead, the White Sox ended up with California 1B Andrew Vaughn, who mashed his way through college and won the Golden Spikes award as the top player in the NCAA as a sophomore in 2018.

Vaughn earns high marks for his bat, with MLB Pipeline giving him 60 grades on both his hit and power tools. He’s coming off a junior campaign in which he hit .381/.544/.716 with 15 homers and 50 RBI. That line was down a bit from his 2018 campaign in which he hit .402/.531/.819 with 23 homers and 63 RBI, but that’s most because those insane numbers made him a prime candidate to be pitched around in an otherwise-normal Cal lineup. Despite playing in just two fewer games than his 2018 campaign, Vaughn had 23 less hits and 15 more walks in 2019, which shows just how much this guy scared the shit out of college pitchers and coaches alike.

The thing about Vaughn that is simultaneously encouraging and terrifying is that it’s hard to find a scouting report that doesn’t rave about his bat. This guy has been called the best college hitter since Kris Bryant, so there is little doubt that this guy is going to hit and hit and hit in the majors. Jim Callis from MLB.com said on MLB Network this week that Vaughn is the safest bet to be a 35 HR per year guy in this draft. Some people have said he could easily do that while hitting .300. He’s also probably gonna be in the majors quickly, possibly even sooner than Rutschman. Basically, this guy is pretty close to a sure bet to be a middle of the order bat, and fast. Those don’t grow on trees, so you take them where you can. Where it’s terrifying is that if history tells us anything about White Sox prospects, it’s that he will assuredly suffer some debilitating injury and throw off his timeline.

This pick also raises a few questions for the Sox’ system moving forward. Vaughn worked out at third base for teams during the draft process, and I am certainly not opposed to the Sox trying him there in the minors at the start, because if he can have that kind of bat and play the hot corner, his value as a player or trade asset skyrockets. But if that doesn’t work, he doesn’t have near the speed or glove for the outfield, so it’s back to first base for him creating a log jam of sorts in the system. Jake Burger Zack Collins are both bat-first prospects who might need to move to 1B, and Gavin Sheets is another 1B-only guy in AA at the moment. In Collins’ case, he’s got the kinda bat you just want in the lineup, so he’d be fine as a DH, and he can probably stick behind the plate well enough to catch 60-70 games for you, so if he ends up as a guy you move around between 1B/DH/C, that’s actually fine. But Burger and Sheets now look like they might be little more than trade chips, and not exactly intriguing ones.

And while middle of the order bats are not easy to come by, there are some legit concerns you can raise with drafting a guy who’s likely to end up at first base in the top-5 of a draft. If he hits the ceiling and ends up as that .300-hitting, 30-dinger mashing guy, no one will care where he was drafted. But if he doesn’t and a guy like CJ Abrams, whom the Sox were heavily linked to in the week prior to the draft and ended up with the Padres (because of couse the guy the Sox were linked to ended up with the Padres), turns into a stud SS/CF, we’re gonna be left with another “what could’ve been” moment.

For now, though, the Sox are looking at a future 1-2-3-4 lineup of Luis Robert, Yoan Moncada, Eloy Jimenez, and Vaughn. That’s four guys who should hit around .270 or better and combine for 80-100 homers a year if all goes according to plan. I very much like the sound of that.