Nationals Spotlight: Is Dave Martinez Over His Head? 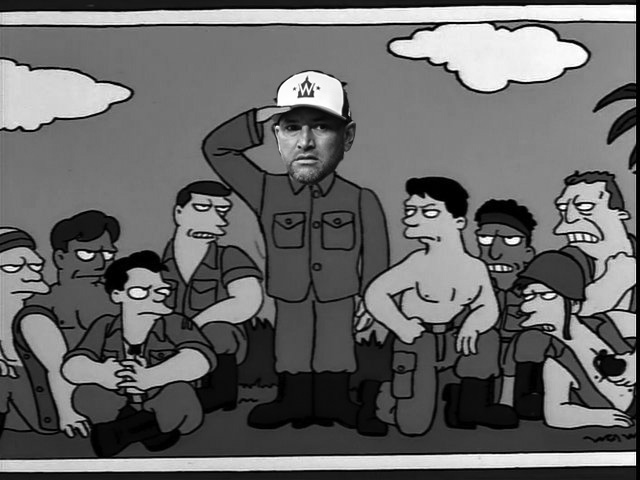 Baseball is weird in so many ways, which is probably why we watch in the first place. When it comes to managers, and whether or not they should be removed from their jobs, it’s so much easier to identify in other sports. You can tell when a football coach is running the wrong system for his personnel or has watched the game pass him by (we’ve done more than enough of both locally). It’s even clearer in basketball when a coach isn’t maximizing his players, whether they need to be playing faster or with more shooters on the floor or if the offense has become stagnant or the defense doesn’t bother. In hockey you can always tell when a team has quit on its coach and is either too loose with fundamentals and not paying attention to the details or is feeling restricted by too-tight reins.

But this is baseball. There is no “system.” You send your guys out one at a time and they do their thing. Sure, there are details to be paid attention to and you know when a team isn’t. There can be a lack of hustle. But these tend to be more around the fringes than structural. Still, you kind of know when a manager in baseball is going to eat it. And whether he should. It’s more of just a feeling.

Which brings us to Dave Martinez. The Nats thought bringing over the lieutenant of the team that put them out to pasture in 2017 was a better idea than hanging on to Dusty Baker, who had actually improved as a manager over the years but was unable to bring the Nationals their first playoff advancement. And that was basically because the Cubs unleashed some BABIP Kung Fu Treachery on Max Scherzer in the 5th inning of Game 5 then. Not much to be done. But this has been an organization in panic for years. First it was about taking advantage of a true World Series worthy core. Then it was just about winning a series for once. Then it was about being something to convince Bryce Harper to stay. Now it’s about absorbing Harper’s departure. They seem to be running from one end to the other without taking a breath .

So Martinez was brought over from the Cubs last year. And it all went flat. The Nats were barely .500, they never were within touching distance of the Braves, Harper checked out, and it all just kind of didn’t work. But it should have. Even with holes at second and center, it was a more than decent lineup. The rotation got its usual from Strasburg and Scherzer, with Jeremy Hellickson somehow joining the party. But one of Martinez’s bugaboos has been managing the pen, or over-managing it, not that the Nats have put together much out there. Doolittle was hurt for part of the year, but pitchers felt he was riding them too hard in May, and pretty much everyone lost confidence and it all went south.

It hasn’t been much better this year. To be fair to Martinez, the offense has gone south without Harper, as Trea Turner has been hurt and not all that good when he’s been around, Ryan Zimmerman is out with his yearly plague, Brian Dozier was terrible, and Victor Robles is going through some growing pains. The rotation has been everything they could have hoped for, but the pen has the worst ERA in the majors and once again everyone is complaining about their usage and Martinez’s methods.

There’s something unquantifiable about an unhappy club. It’s more than losing. Lots of teams lose. But you can tell when something is amiss, when players are side-eying everything. The Nationals should not under any circumstance be anywhere close to the Marlins in the standings. They were like two weeks ago. Too many players are not performing to their normal levels, much less peaks. Everyone is getting the impression Martinez is managing for his job, which leads to even more panicked bullpen usage and strange decisions in a big to get anything going.

It’s still out there for the Nats. The Phillies haven’t completely gotten away in the division. the Braves continue to sputter and flicker, and the Mets have a terminal case of being the Mets. But Martinez has had a season and a half to get them close, and he hasn’t yet. You don’t feel like the Nationals are going to wait much longer.