Those matchups will still be a problem for the Predators tonight, as they are still without Shea Weber on defense, and are likely to be without Mike Fisher on the second line despite Fisher’s participation in the morning skate. With Fisher out, Matt Cullen remains in his spot on the second line, and likely with the same assignment in shadowing Toews along with James Neal and Colin Wilson. Those three predictably were the three worst among all Nashville skaters in possession, none sporting anything better than a -10. And if Laviolette hopes to get anything further out of Mike Ribeiro and Filip Forsberg and the top line on the road, he’ll need to have one of his other lines absorb the Hawks’ top unit as best they can without their best two-way center yet again.

Of course, not having Shea Weber out there either doesn’t help things for the Preds. Roman Josi and Seth Jones did as good a job as can be hoped for on the road, but having that line go off for three goals isn’t a recipe for success. Jones has been thrown in about as deep of waters as possible in his first foray into the playoffs after a solid sophomore season, and is doing quite well with the workload overall. But he’s had a gaffe or two each game so far, one which directly led to the OT winner in Game 1. The Preds will need the game of his young career tonight to give themselves a chance. As a whole the offense will still get drive from their lower pairs, but Laviolette will have to be more judicious in their use, as Quenneville will try to pin Ellis and Ekholm in when they start in the defensive zone whenever possible.

Pekka Rinne remains in net for the Preds, and though his numbers are ultimately fine, he hasn’t looked smooth or comfortable in the least in any of the three games so far. But the Hawks cannot assume that things will remain that way, and must seek to continue to make his life difficult and not give him an opportunity to find his game and slam the door shut.

As for Our Men of Four Feathers, they’re exactly where they need to be in the series, and that can either be a comforting thing or a terrifying thing as the world waits for the elusive switch to be flipped. As is Quenneville custom, the lineup will not change after a win, for either the forwards or the defensemen. This means that Versteeg is still in the lineup in place of Teuvo as Q inches closer to a lineup that actually makes sense.

Of course, that would entail the corpse of Michal Rozsival being appropriately buried on the third pair and used sparingly, freeing up Duncan Keith to do what he does best. A move like that would result in Quenneville having to lean on Keith and (presumably) Seabrook for close to 30 minutes a night, but they’ve both shown they can handle such responsibility in the past, and there really is nothing left to be saving them for. Nashville’s speed but lack of physicality has forced Kimmo Timonen to pick up the pace in his game out of necessity, but he hasn’t been overly physically punished so far, which can only help as he will undoubtedly be called upon to cover for Rozsival’s meanderings at some point.

Scott Darling remains in the Blackhawk net after another solid performance. His rebound control leaves a bit to be desired but for the most part Hawk defenders were in place to limit second opportunities. And while his numbers at the moment are immaculate, there will come a time when a cast aside two-time Jennings Trophy winner will likely be needed again if the Hawks are to fully realize what they believe they’re capable of this season.

Nashville cannot afford to go down three games to one even in the event that both Shea Weber and Mike Fisher are able to return once the series shifts back to Nashville. The margin for error then becomes nil, and it’s not a situation any coach would want to find his team in regardless of what has transpired here the last four post seasons. With that in mind, the Preds will be looking to an overly beer fueled crowd out of it early, likely with a furious forecheck and pressure from two men on Hawk defenders. It’s just simply not in Peter Laviolette’s DNA to try to choke a team out in the neutral zone and wait for a mistake.

The best way for the Hawks to combat this is the center ice hoist that has been called for on a couple of occasions here, and was quite successful in the back to back games against the aggressive pressure of Winnipeg and LA (sky point). The Hawks have been good about not fleeing the zone early and giving their defensemen reasonable targets, but a well calculated risk to stretch the defense out and keep the forecheckers honest should serve them well. There is no way the matchup chess match doesn’t shake out in their favor, it’s a matter of getting enough good looks at Rinne to make it matter.

With an opportunity to put Nashville on the verge of elimination, there is no reason to let off the gas or take anything for granted. The pressure is entirely on the Hawks to finally reveal what they have told everyone is the true identity of this team. After a six month regular season grind and three post-season games, it’s finally time to see if it’s there. Let’s go Hawks.

If you’re going to tonight’s game, be sure to pick up a copy of our gameday program sold outside. If you’re not, you can get the PDF version right here. 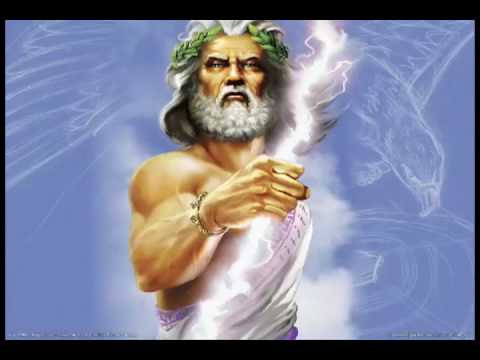