The Children Better Be the Future, Cuz We Ain’t Got No Present – Bowen Byram 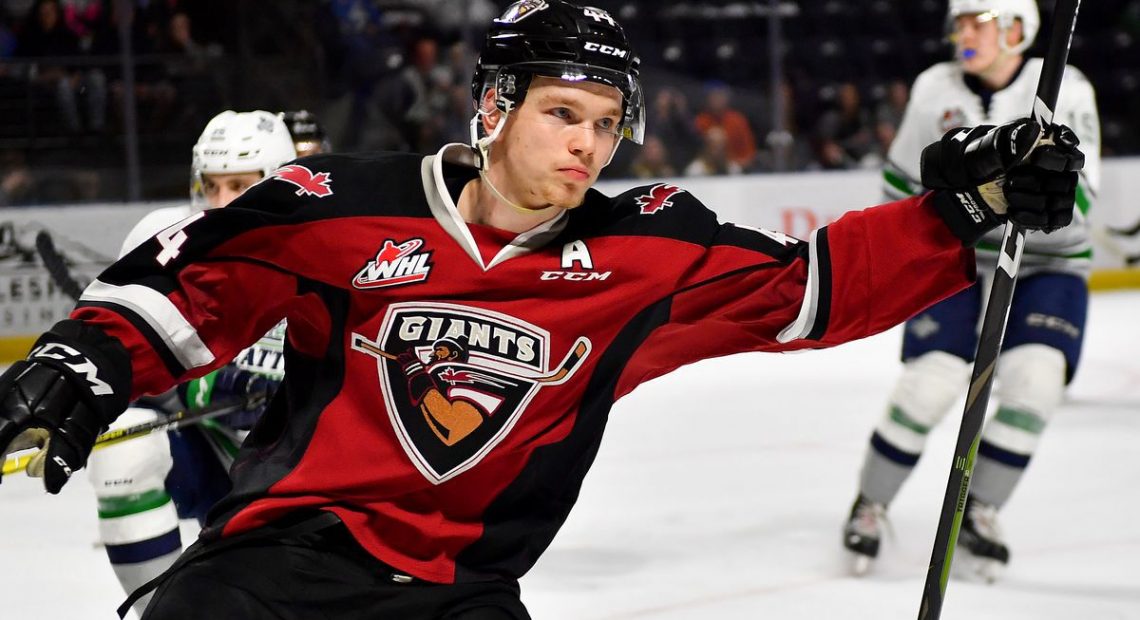 Welcome to the FFUD #3 Pick Preview. Each day, we’ll look at one prospect the Hawks might have a chance at with the #3 pick and walk you through the ins and outs, the what-have-yous, the strands going through ol’ Duder’s head. We’ve narrowed it down to five guys, and much like the restaurant chain, you’ll likely walk in thinking, “This was a good idea,” and walk out grabbing or clenching some part yourself that you shouldn’t have to. Today is Bowen Byram.

Why the Hawks Should Take Him

Bowen Byram is the best player likely to be available to the Hawks at #3. Just about every scouting outfit has him as the #3 best prospect. Though we have a tenuous-at-best relationship with scouting reports around here (“DeBrincat will top out at 20 goals,” dear reader), this is what we’re working with.

Byram is fast and an outstanding skater. The Hawks have precisely zero of those on their blue line. According to Corey Pronman, he’s one of the best skaters available, full stop. In case you weren’t watching me evacuate my bowels all over every wall that I could about it last year, the Hawks need better skaters out of the backend.

Keith isn’t it anymore, no matter how much anyone wants to wail for it to be 2013 again. Murphy’s never really been that guy. Gustafsson can be recklessly creative but he’s the kind of fast you see when the slowest horse wins because all the other ones fell down. Forsling sucks. Seabrook blows. Maatta is blue line Anisimov. The rest of the flotsam have names that sound like their skill levels. This blue line is hot garbage, and unless the Hawks find real contributors, they are going to suck out loud again.

With Byram, the Hawks can have their cake and eat it, too. They don’t need to decide between best and need, because the best player available is the one they need. Unlike the current crop of defensive prospects the Hawks have in Harju, Boqvist, Beaudin et al., Byram projects to be ready on both ends of the ice immediately.

His 71 points in the WHL were third among all WHL D-men. His 26 goals led all D-men by far. He played on the PK, and his PIM numbers show he’s no shrinking violet, so he’s got appeal to both nerds and the hardest giardiniera farters in town. And he was only seven-fucking-teen!

You probably won’t ever get anything like that from Harju. There aren’t grumblings about his defense like there are with Boqvist and Beaudin. Though you never want to pin your hopes on an 18-year-old D-man, Byram is about as ready as you can be.

The Hawks should take Byram because their defense is a shambles. Maatta is a $4 million prayer who’s had more bad seasons than good. On a team comprised of two second-pairing guys (Murphy, Keith), a ton of 6s and 7s, and a bunch of kids who might not actually know how to play defense, Byram would immediately stand out. He’d also give the Brain Trust breathing room to trade someone like Boqvist or Harju as part of a package for a real D-man.

This shouldn’t be hard. The Hawks need better, faster, NHL-ready D-men. Byram is that. Pick him.

Why the Hawks Shouldn’t Pick Byram

More than anything, the Hawks shouldn’t pick Byram for Byram’s sake. As the years have gone by, it’s become clearer that good defense is born-on-third-Bowman’s clitoris: He can never find it, always looks in the wrong spot, and the things he does when he thinks he’s found it cause more agony than ecstasy. But man, oh man is he going to brag about even getting in the area code.

Re-signing Jan Rutta. Trading Rutta for Koekkoek, then re-signing Koekkoek. Not (yet) capitalizing on the Myth of Erik Gustafsson. Bragging that Brandon Motherfucking Manning was just about to enter his prime. And that was all just last year! You look at just some of these moves and wonder whether Bowman even remembers how the Hawks won all those Cups. It wasn’t with bloated and middling-at-best D-men. Yet, that’s his refuge of late.

More seriously, you can maybe make the case that the Hawks have a logjam at defense and that Byram might not have room to fit. Disabuse yourself of that notion, because it’s horseshit. The “logjam” is Seabrook; Forsling; Koekkoek; Dahlstrom; a fading Keith; and a bunch of defensive maybes in Boqvist, Beaudin, and Harju. Byram could walk into camp and break that logjam up in one or two sessions. But you watch Stan & Co. make that argument when they draft someone other than Byram and continue trotting out this Eric the Clown blue line next year.

Unless the Hawks made the Maatta move as a table-setter for someone like Dougie, it’ll be a huge disappointment if they don’t take Byram. He’s a gifted skater with proven offensive skills who is good at worst at playing defense. This Core isn’t getting younger, and if the Hawks want to squeeze one more Cup run out of it, they need fast D-men who can push play and hold their own in their own end. Byram is that guy right now, and he’d be the only one with those credentials on the Hawks for Game #1 if they take him.

Pinning your hopes on an 18-year-old D-man. Just slap us sideways and call us the Sabres.