In years past, a matchup like this at the height of the holiday fervor would have been circled and starred on the calendar. But as has been highlighted ad nauseum, whatever juice this rivalry once had has been diluted not only by time but by realignment as well, and the game in Vancouver last month was a decidedly tame affair that reinforced the notion. This will be the Canucks’ only visit to West Madison in the regular season, However that is not to say that this game is meaningless for either side.

For the visiting Canucks, they’ll be facing a quick turnaround from last night’s loss in Dallas, their second straight in the aftermath of their seven game win streak that preceded it. That game also featured another familiar sight with Roberto Luongo getting yanked in the third period in favor of backup Eddie Lack. Most signs point to Lack, whom the Hawks have never faced, getting the start tonight. He’s been solid in his 9 appearances with a .928 save percentage, but contrary to popular misconceptions, he’s the preferable choice over Luongo who’s been slightly above average this year (2.19GAA, .919SV%). Despite all that’s been made of Borat’s implosions on UC ice, as a general rule he’s been excellent here with a matching .928 save percentage over the course of 15 career starts. Lack, on the other hand, only has a .915 save percentage away from the sticky icky of BC.

Regardless of who is in net, the defensive corps in front of the crease still features a healthy smattering of #2-#3 defensemen in the forms of Alexander Edler and his elbows, Kevin Bieksa and his mouth, and Dan Hamhuis who as always has got this all playing about 23:00 a piece for Torts. However Edler is out, and former Piggy Ryan Stanton, who had played quite well for the Canucks after being pushed out of the numbers game here, will be out with an ankle injury, so look for the third pairing of Yanick Weber and Andrew “A-Minor” Alberts (of “Fuck You, Alberts” fame) to be ripe for the shredding.

The forward corps is a familiar tale of the Twins leading the way, tied for the team lead in scoring at 32 points a piece, which is down a bit from their usual pace in no small part thanks to Torts’ oh-so-subtle focus on defensive commitment. In a move that defies logic yet is somehow working, Ryan Kesler’s move to wing has been not only positive for him as he leads the team in goals with 15, but for his second line center replacement Mike Santorelli, who’s having a bit of a breakout year with 26 points already and is a team-best +14. This is also still a group that still features the likes of Alex Burrows, Jannik Hansen, Zack Kassian, Dale Weise, and Tom Sestito, all of whom have a track record of shitbaggery in one form or another.

As for our Men of Four Feathers, all indications show that the status quo will be kept from Tuesday’s lineup construction in Nashville, with the exception being Jason Labarbera will be making his debut in a Blackhawks ballcap tonight, backing up Antti Raanta as Kent Simpson was sent back up I-90. Labarbera will now be the fifth goalie the Hawks have dressed while not even halfway through the season, which should be a testament to the construction of the team even if Corey Crawford did get some extremely large paper this past summer.

One element to look for will be to see who will stare down the Sedins for most of the night, as Q has never been shy about getting matchy-uppy against them even in the regular season, especially at home. The Canucks are as top heavy as they’ve ever been even if their overall scoring is down, but if they’re dancing circles around Bollig for the entire night, they still have the ability to absolutely go nuts. However if Q doesn’t toss them out there against the twins on the regular, it’s a bit of a backtrack from the line he’s been trying to feed regarding that unit being a checking one.

Furthermore, while the Nucks are generally as stupid as ever, taking a 9th-worst 12 minutes in penalties a game, their PK is tops in the league at 89.8%, allowing only 12 power play goals and scoring four of their own shorthanded. Even if the Canucks are just now barely above water in their possession (51.4% Corsi), that advantage is multiplied by making teams have to beat them 5 on 5, something the Hawks could take note of.

It might not be the blood feud it was four or five years ago, but these two teams still have a ton of history that could still very well be boiling under the surface. And on top of that it’s a solid matchup for both teams facing opponents that take away things the other does well. And the law of averages dictates that this game can’t be nearly as big of a snooze fest as the last game was. Let’s go Hawks. 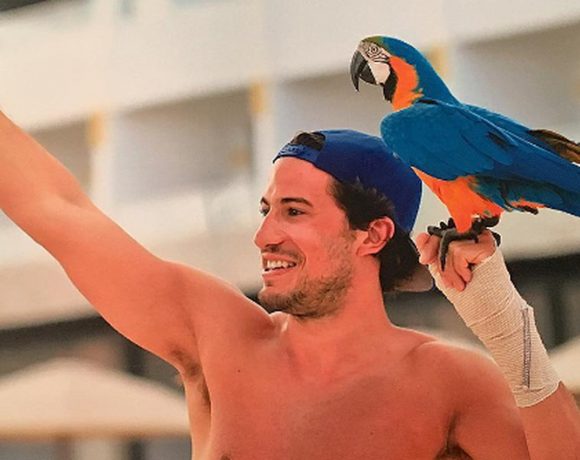 Game #51 – Hawks vs. Canucks Douchebag Du Jour: Michael Del Zotto Has Made $20 Million, You Will Not