Probably the most telling sign that this should be a game to forget is that our wire image service doesn’t have a single picture up from this game. And that’s probably for the best.

Things felt weird to begin with after Marian Hossa took the warmup but was a late scratch with a lower body injury. That coupled with the fact that Khabibulin was starting can stand as evidence that the Hawks’ coach wasn’t taking the Predators too seriously, and that had a trickle-down effect to the product put forth on the ice, with the Hawks just shooting directly at a green goalie’s chest and just assuming they’d score. Having both goalies shit their collective pants at the other end doesn’t help. Neither do flat footed penalties or abstract defensive positioning. Doubting Barry Trotz comes at its own peril, even when his team is in the midst of a four-game skid having been outscored 17-2.

Best to just move along, nothing to see here but merely the third pointless game in a month and a half. Well that and these bullets. 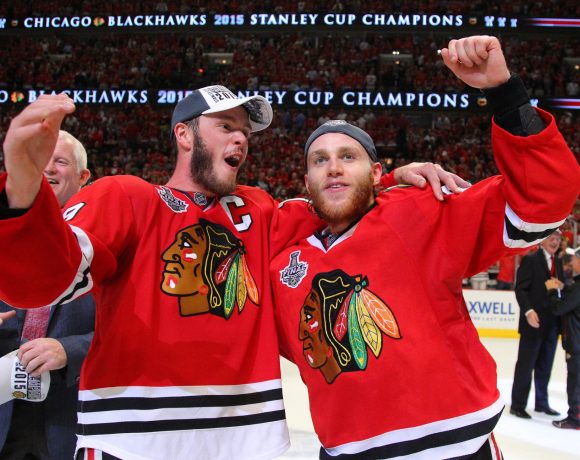 Someone Gonna Step To You, Snoop Dog?: Hawks at Ducks Preview/Pregame Thread/Running Out Of Salt