Quite the weird and wonky series here, as the Sox and Twins split in every way possible, from the double header to the full 9 inning games. The Sox pitching staff (other than Lance Lynn) was pretty suspect here, with Dallas Keuchel and Dylan Cease not exactly having their best stuff. On the other end of the battery, you have two catchers who if you combined them might equal one Yasmani Grandal (but probably not), highlighting the need to perhaps add another catcher at the deadline for Rick Hahn, especially since catchers and knee injuries aren’t really compatible.

On the offensive side of things, this was a split as well with long periods of inactivity puncuated with a barrage of hits and runs. Jose Abreu and Yoan Moncada are both scorchingly hot right now, with both of them smashing the ball to all fields. After the 1st game, things cooled considerably for Tim Anderson, with his 16-game hit streak coming to an end Tuesday night.

All told, the Sox gained a half game on the Tribe and kept the stupid Twins right at the bottom of the division where they belong. One would assume this would make Minnesota sellers at the deadline, because they have some quality pieces they can move.

-What a waste of an outing for Lance Lynn here. Other than one mistake in the 6th to Nelson Cruz (which has happened to a LOT of pitchers over the last 15 years), he was pretty dominant, only allowing 6 baserunners in the 7 innings he pitched. Fresh off his new paper from the Sox, Lynn did nothing to imply that Rick Hahn didn’t make an excellent move with the extension. He deserved a better fate, but if you can only manage 1 run in 7 innings it’s gonna be tough for any starter to get the W.

-Tim Anderson extended his hitting streak in the 3rd inning with another oppo dong off the guy from Mortal Kombat with the metal arms. Timmy is hitting to all fields with power right now, and honestly looks like one of the best hitters in baseball, except when he swings 3-0 with a chance to tie the game and popped out in foul territory. Stuff like this is going to happen when you have a free swinger, but overall I wouldn’t change anything about his approach.

-Garrett Crochet didn’t get any help from his defense or the reliever that came after him, ultimately taking the loss after Jake Burger had trouble making a decision on a Josh Donaldson chopper that loaded the bases. LaRussa went to Ryan Burr who got Cruz on a sac fly but then gave up a single to Polanco that scored what ended up being the winning run.

-Jose Abreu tried to drag the Sox back for the tie in the bottom of the 8th with a double that scored Tim Anderson, but was stranded there with a K and a pop out. Fart Noise.

-The Reynaldo Lopez Revenge Game never really materialized, but he pitched decent in his return to the big club. He gave up a single to lead off the game, then promptly advanced the runner to 3rd on a pickoff throw that was never within 10 feet of Jose Abreu. One Donaldson sac fly later and he was down 1-0. He later gave up a dinger to Mitch Garver, but other than those 2 mistakes looked serviceable.

-Poor Matt Foster got smoked by a line drive off the bat of Min Kepler, but at least managed to deflect it towards Danny Mendick for the out. He stayed in the game and had another ball hit at him. Not a great night.

-Codi Heuer came in and pitched a solid 6th inning, and Aaron Bummer continued his Jeckyll and Hyde routine by looking infinitely better than his previous outing.

-Jose Berrios only made 3 mistakes on the evening, and those 3 turned out to be all 5 Sox runs. Other than Moncada, Abreu and finally Gavin Sheets, Berrios kept the Sox hitters off balance all night with his sinker while striking out 8. It didn’t matter in the end, as Gavin Sheets did this with a 4-seamer Berrios tried to jam him with:

-It was pretty apparent at the start of this one that Dallas Keuchel didn’t have his A game. He labored through 5 innings, only giving up 2 but he had to battle the whole way. Min Kepler took him WAY deep in the 2nd inning after an 8 pitch at bat where Dallas was up on him 0-2, which was the theme of the night. Keuchel had no issue getting ahead of hitters, but was unable to put any of them away. I have no evidence of this, but it feels like him and Seby Zavala weren’t on the same page for most of the night.

-Brian Goodwin saved Keuchel’s bacon in the 5th with a diving catch on a sinking liner hit by Nelson Cruz that would’ve scored at least one run and quite possibly two. I once again am forced to applaud Rick Hahn for one hell of a pickup in B-Good. He also singled in Jose to give the Sox a 2-0 lead in the 1st inning that wouldn’t last.

-Jose Abreu is a goddam beast. He finished a single short of the cycle, which in and of itself is kind of mind blowing. He also lifted this absolute moonshot in the bottom of the 8th to put the game out of reach permanently for the Twins:

-Michael Kopech pitched a decent 2 innings, really only giving up one mistake to (who else) Josh Donaldson, who smoked a 3-1 fastball about 15 rows deep. While Kopech didn’t have his A+ stuff, it was still good enough to get the job done. He probably could’ve gone one more, but TLR decided he wanted some Ryan Burr. The Twins did too, apparently because Donaldson singled on the first pitch he saw, then Polanco got to him again with a 2-run dong to (temporarily) put the Twins on top. The Sox’ options for reliable relievers in the 7th and 8th innings are practically non-existent, so Rick Hahn has quite the job ahead of him in the next few weeks.

-Andrew Vaughn came up big in his pinch hit situation in the bottom of the 8th, scorching a single to left center field that was hit so hard that Adam Engel nearly got drilled at home after he held up for half a breath before dashing from 2nd to home in a thrilling play to tie the game.

-Yoan Moncada is locked in. Beware.

-Billy Hamilton, ladies and gentlemen. After pinch running for Gavin Sheets in the 7th, he came up in the 8th with the go-ahead run on 2nd and 1 out. He didn’t waste any time, lining a single down the 3rd base line past a diving Donaldson to score Zack Collins from 2nd. You just gotta love how this guy plays the game.

-While his stat line doesn’t look too awful, Dylan Cease didn’t exactly set the world on fire in this start. He threw way too many pitches again, and when he missed his spots it was right in the middle of the zone (see: Kepler, Min).

-Codi Heuer has once again highlighted the need for Rick Hahn to acquire bullpen help at the deadline. The inconsistencies of a very young crew has been exposed over the last few weeks. The high level at which the starters have been pitching covers up a lot of those warts, but when Keuchel and Cease have less than stellar efforts, the pen has been overexposed.

-The Sox hitters didn’t help much either, stranding 14 people on base and generally making Michael Pineda look like a world beater (he’s not). Leury Garcia hasn’t been great in the last 7 games, posting a .174/.321/.304 slash line with 9 strikeouts. The catching crew of Seby Zavala and Zack Collins have sucked out loud as well. Here’s hoping Yasmani has Eloy-like healing abilities.

-Billy Hamilton was a lone bright spot in this game, going 2 for 4 and directly being responsible for the Sox first run. He fired a double down the line, then promptly stole 3rd and was brought in with an Adam Engel grounder that Assbag McGee couldn’t handle by 3rd. Love it.

Next up is a weekend series up in the remains of Giannis-Town with some of the most marquee pitching matchups you could possibly hope for:

Brewers-White Sox probables for this weekend:

If that doesn’t get you excited for baseball, you’re clinically dead and I can’t help you. Granted, whenever you get exciting pitching matchups like this, instead of duels, you end up with an offensive explosion so I fully expect 56 total runs this weekend. Either way, should be fun. Take 2 of 3 and get the hell outta there. 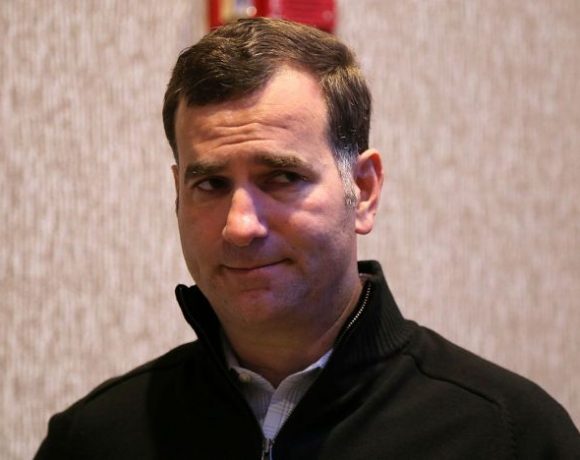 Series Wrap – Sox Lose 2 of 3 to Orioles: Whatever, Endgame Comes Out Tonight 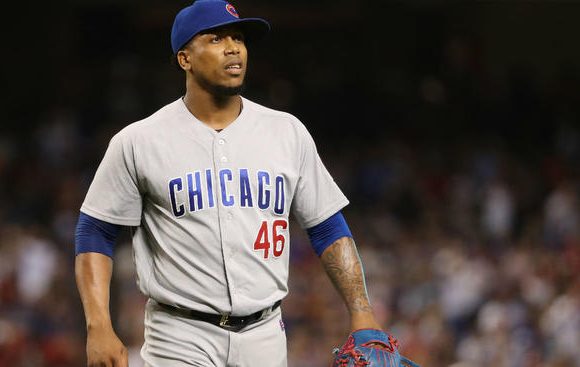