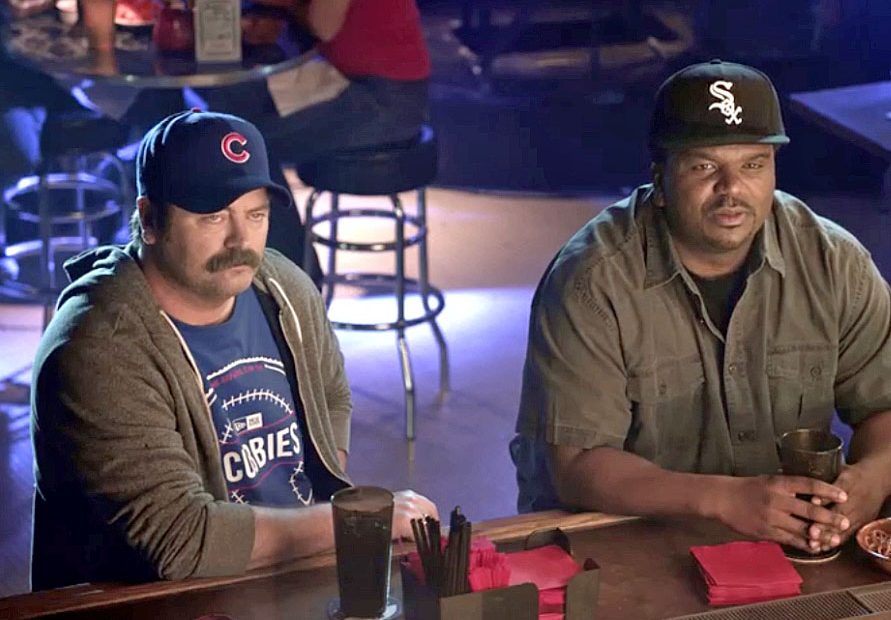 GAMETIMES: Tuesday and Wednesday at 7:05

WE’RE NOT LISTING OTHER BLOGS BECAUSE WE’RE ALL YOU NEED, BITCHES

I won’t lie. These games stopped being fun for me somewhere around 2008. Maybe earlier. At first I thought trying to be above it was a way to annoy my Sox-leaning friends. But then I was just above it. They were, and still are, a nuisance. They’re only that these days because of how much “meaning” the local media wants to attach to them to justify all the frothing about it when they’re just two more games on the schedule. I used to think they meant more to Sox fans, but these days it feels like even they’re over it. The Cubs have been contenders for things that matter for years now, putting these games in proper perspective. And Sox fans finally got their wish of a rebuild and have a ton of young players to enjoy watching grow up and that’s where their focus is, along with what the future might bring. Sure, two wins against the other side is always nice, but nothing that happens here is going to change what these teams are about. The days of Jerry Manuel trying to engineer his lineup and rotation in spring training for a Cubs series are long gone, and we’re all better off, that’s for sure.

Both teams come in off frustrating weekends. The Cubs only averted complete disaster thanks to a Anthony Rizzo 9th-inning homer off of Kenley Jansen. Meanwhile, the Sox took two straight from the Yankees to pull themselves up and look over the edge of the landing of .500, before their grip gave way and they dropped the next two to roll back down the hill a bit. .500 doesn’t really mean anything to the Sox in the grand scheme of things, but it would be a nice benchmark for team and fans alike to grab hold of as proof things are moving forward.

For this one, the Lester-Giolito matchup on Wednesday is going to grab the marquee. And that’s mostly due to Giolito, who’s been one of the best five starters in baseball this season. The Cubs just had to run the Dodgers gauntlet, so the idea of now having to put up with Giolito right after that probably sours the taste of food this week. Lester has been fighting it the past month, basically getting shelled in four of his last six starts and gutting through a four-run first inning against the Cardinals two starts back to keep that from becoming another bloodletting. Lester tried abandoning his change in his last start against the Dodgers, but that didn’t work. So it feels like he’s a touch short on answers.

On the other side, it looks like Yoan Moncada will return for at least Wednesday if not both. New call-up Zack Collins should go right into the fire, as they’re not going to break up the Giolito-McCann Axis of Darkness anytime soon. Or McCann could get both but hey, the kid is here so let him out of the house. McCann has pretty insane patience, to the point where he watches a lot of strikes. Also pretty big pop for a catcher. Sox fans should be excited.

Ivan Nova has held something of a voodoo sign over the Cubs before, with a career 3.97 ERA and a 5.5 K/BB ratio against them. I personally watched him out-duel Jake Arrieta in Pittsburgh in 2017, but thankfully a distillery tour before that game left me pretty “meh” about the whole thing. The Sox will have to deal with the ridiculously hot Cole Hamels, who hasn’t given up a run since May 27th.

There will still be sections of each fanbase who attach too much to these two games and the two that will follow right before the break. They’re shrinking in size, but they’re still there. And the local media will do whatever it can to stoke their fires. Inside the park you know you’ll have a fair amount of drunken arguments. But not as many as before apparently, because it wasn’t too long ago everyone would have balked at having these games at night. Not so much anymore. Let’s get it over with.