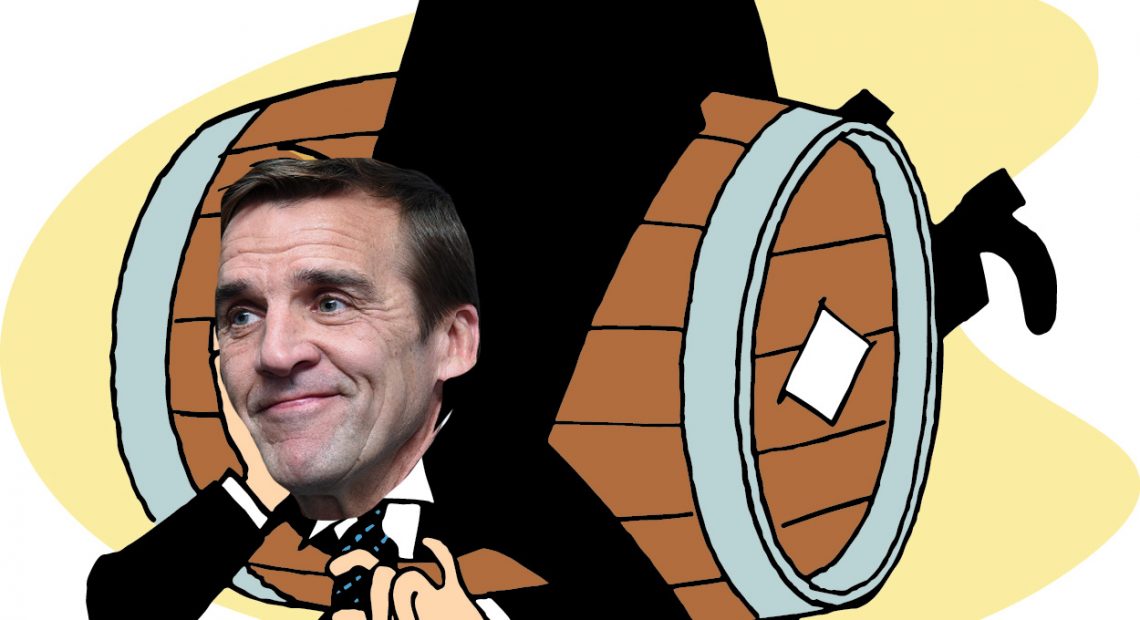 While I sit here and still try and wrap my head around the Olli Maatta trade and failing terrible and falling deeper into my own ennui, a Justin Bruan trade didn’t help today. He’s at least twice as good as Maatta, didn’t cost any players, and is only signed for one season so if it didn’t work you can all part ways after the year, or if you have young players ready to ascend. He actually does what the Hawks must think Maatta does but doesn’t, and he wouldn’t have cost any players.

Be that as it may, and this isn’t only a Hawks problem, but if you want to solve any problem your team might have, why aren’t teams coming, and I mean sprinting, to pick the bones off the Golden Knights’ cap problems. We’ve gone over this before, but let’s review: George McPhee needed only two seasons to completely bork a completely blank cap situation.

Sure, they could go over the cap by 10% until Opening night, which will help a little bit. Except Karlsson is going to gobble most of that up. And they could use David Clarkson’s LTIR. But as we learned with Hossa, using that in the offseason really bones you during the season where basically no one can get hurt. And you can’t make any trades.

No matter what here, the Knights have to move some people out. And they can’t take any players back. There can’t be a team more interested in taking only picks and prospects back in a trade, because they simply can’t cram in anyone else onto the roster. You should be dangling everything in front of them.

So why not call and see what Colin Miller would cost? Hell, aim higher and see if Shea Theodore can be pried loose. Someone’s gotta go. Find out who it is.

Or hell, let’s get nuts. Offer sheet Wild Bill. I don’t even know if he fits on the Hawks, but you can find a place for him on the top six. Go with your “3+1″model with Kampf as the 1. Offer him $6M a year because right now the Knights literally can’t match it. They have no space. Maybe Eakin or Haula are gettable to replace what you just lost in Kahun for a season. Who fucking cares? Get him over that barrel.

This isn’t even a Hawks complaint, because all the sharks should be circling around the Knights right now. If they’re such the darlings of the NHL and are so ahead of the curve, it stands to reason everyone wants their players. And they can’t keep all their players. Is there some rule I missed that the Knights can just spend whatever they want so everyone gets their comped rooms in the spring? It’s still hilarious that with a blank slate the Knights are in this spot. You would think it would have been near impossible. But McPhee made it look so easy.

Whatever, the Hawks made their move. I guess I’d better just be resigned to it. Ennui, here I come.