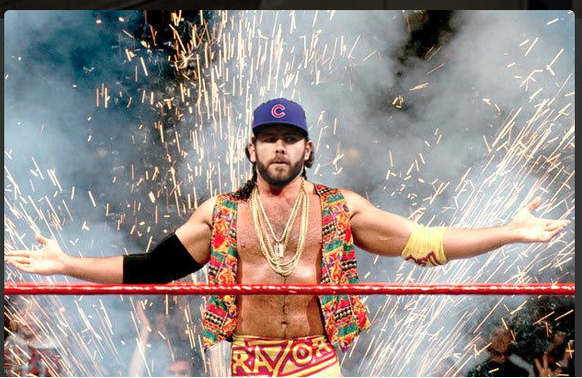 It’s a bit silly to talk about playoff previews, but given the way the Mets and Nationals are intent on sucking their own toes right now, it’s not hard to envision the Phillies being around in October. And with the Cubs at the top of their division as well, this is certainly a series that will draw interest from outside their locales.

Ah, but the headline isn’t so much a series between two of the NL’s four best teams, which it is, but the actual return of Jake Arrieta and his date with Yu Darvish tonight. Arrieta didn’t pitch against the Cubs last year, so this feels like the actual homecoming. Sadly, there will be fans and writers who will use this as some sort of barometer or definitive statement on the Cubs decision to move on from Arrieta to Darvish, which will probably ignore that Arrieta has basically been mediocre since leaving and is still heading the wrong way. Jake doesn’t strike out as many hitters as he used to, he’s walking more, and feels like a #3 starter these days. Lucky for the Phils, that’s all he has to be.

Aaron Nola is around to carry the ace-responsibility, though he’s had issues this year with control and being eaten alive by the BABIP Dragon. He is giving up harder contact than he did last year, but he shouldn’t be surrendering a .364 BABIP. Zach Efflin has been the breakout star this year–perhaps the one Nick Pivetta was supposed to be before imploding. He’s cut his walks in half and gives up a startlingly low amount of hard contact. Cole Irvin was a top prospect who is now up, so it’s a pretty effective rotation that can live with an ok-to-good Arrieta instead of a dominant one.

The other narrative that will be barfed up repeatedly until esophaguses are worn away is Bryce Harper coming to where he “should” have been, and whether or not that’s worked out for either. As the Cubs have one of the best offenses in baseball, it seems to have been fine for them. Harps hasn’t set the world on fire which has him on every Philly fan’s enemies list already, and he has struck out a ton, but he’s also gotten on base a ton. He’s hitting for more than decent power, and his defense has actually been good considering that right field in Citizens’ Bank Park is like 15 square feet. His presence on on-base tendencies have certainly helped Hoskins behind him, who has MVP numbers. Jean Segura is having a luck-infused renaissance, and Cesar Hernandez is also having a boom start. J.T. Realmuto hasn’t really got going yet, and third base continues to be a black hole for the Phillies, but it’s a decent lineup

The pen has been an issue. Only Adam Morgan and Hector Neris have been accountable, with everyone else either having control or homer problems or both. David Robertson being hurt hasn’t helped, and same goes for Victor Arano. This is where you get the Fightins most easily.

God help us if Darvish doesn’t have a good start tonight and Arrieta does. There’s a Cole Derby on Wednesday, and that Nola-Lester matchup on getaway day is actually the best one of the series. The Cubs don’t need a litmus test, we know their good, but it’s always fun to see how they do against their fellow glitterati. They took two of three from the Dodgers and have split with the Brewers. This is the cream of the crop of the East, so should be enjoyable.