Pigs In Zen: The Mid-Season Blues 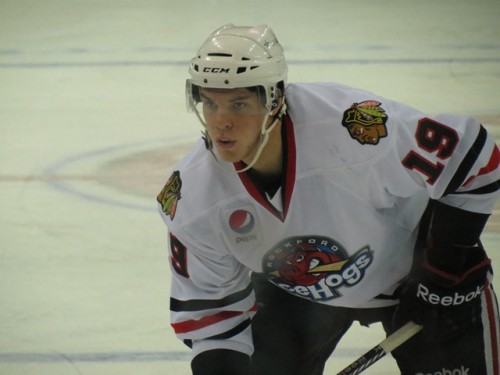 Week 16 was not stellar by any means for the IceHogs on the scoreboard. Despite cleaning up their defensive game and amount of penalties taken–only nine minors were assessed to the team in two contests–they dropped both games on their schedule and find themselves with a record below .500 for the first time since November 21st.

The IceHogs were in action on Friday, January 25th against the Chicago Wolves and they were essentially down from the time the puck dropped. Wolves captain Darren Haydar gave the visitors the early lead at 1:12 of the first period. IceHogs defenseman Shawn Lalonde tied the game up about midway through the first period, but Haydar struck again during the second period to give Chicago the 2-1 lead and the victory.

The Hogs killed off all five power plays that the Wolves had, including a four minute power play when Lalonde was sent to the box for high sticking. Throughout the tilt, the Hogs maintained a very physical type of play. Some heavy hitters from Friday night were defensemen Ryan Stanton and Dylan Olsen and forward Philippe Paradis.

The line of Terry Broadhurst, Brandon Pirri, and Jeremy Morin were all over the ice on Friday. They generated many great scoring opportunities, especially in the third period when they were desperately making a push to tie the game, but nothing came of them. Pirri missed the net on a couple of prime chances–including a 2-on-0 rush.

The IceHogs were back in action the following night as the Oklahoma City Barons rolled into the BMO Harris Bank Center for the first time in 2012-13. IceHogs captain Martin St. Pierre gave Rockford the 1-0 lead at 10:12 of the first period, and then Kenndal McArdle gave Rockford its lead back in the second period with a power play goal to make it 2-1. The Barons had some good fortune in stealing the lead from Rockford as they had the game tying goal go in off of Terry Broadhurst‘s stick and the go-ahead goal bounce off of Brandon Svendsen. Jimmy Hayes gave the IceHogs life at 15:28 as he tied the game up at three with a shot from the slot. Less than two minutes later though, OKC took the lead with a shot from the point by Colten Teubert to make it 4-3 and they never looked back.

The loss was Rockford’s fourth in a row and they now sit in last place in the Midwest Division with a record of 20-21-1-1 (42 points). In the Western Conference, they are in 13th place, 5 points out of a playoff spot.

-Brandon Pirri had a really tough weekend overall. As mentioned before, he failed to convert on some prime scoring opportunities on Friday night and on Saturday, he just seemed to have no puck luck at all, despite shooting a team high 10 shots on net in both games combined.

-Shawn Lalonde had a solid weekend on the backend after sitting out the January 21st game against the Texas Stars as a healthy scratch and getting thrown out of the bench-clearing brawl game against Grand Rapids on January 19th. He did a lot to help generate offensive zone chances by keeping the puck in play at the offensive zone blue line–his defense partner Dylan Olsen also did a good job of that–and he played solid defense with and without the puck.

-IceHogs captain Martin St. Pierre and rookie defenseman Adam Clendening participated in the AHL’s All Star weekend. They helped lift the Western Conference to victory in the Skills Competition on Sunday night and the All Star game on Monday night.

-IceHogs forward Philippe Paradis and defenseman Ben Youds both skated in their 100th professional games on Friday night against the Wolves.

-Forwards Adam Hobson and Mickey Lang were signed to PTOs for Friday night’s game to help fill out the line-up with all of the suspensions from the bench-clearing brawl. Lang was released after the game Friday night. Hobson suited up for Rockford on Saturday as well and was released from his PTO on Sunday.

-Speaking of releasing players from PTOs, defenseman Brett Lebda was released from his on Friday. In 27 games played, the Buffalo Grove, Illinois native posted 11 assists, a team worst -12 plus/minus rating, and 18 penalty minutes.

-Forward Kenndal McArdle has played well for Rockford on his PTO and was rewarded on Thursday, January 24th when he was signed to an AHL contract.

-Friday, February 1 at San Antonio at 7:30 p.m. **The Rampage are broadcasting this game, for your viewing information. It will be on Fox Sports Southwest+. On Directv, it’s channel 677. I don’t know what channel it is on Comcast, Dish, etc. 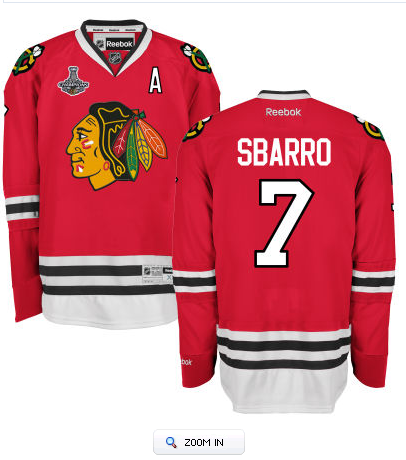 Sit Back, Relax, and Strap it Down – ’17-’18 Blackhawks Player Previews – Brent Seabrook