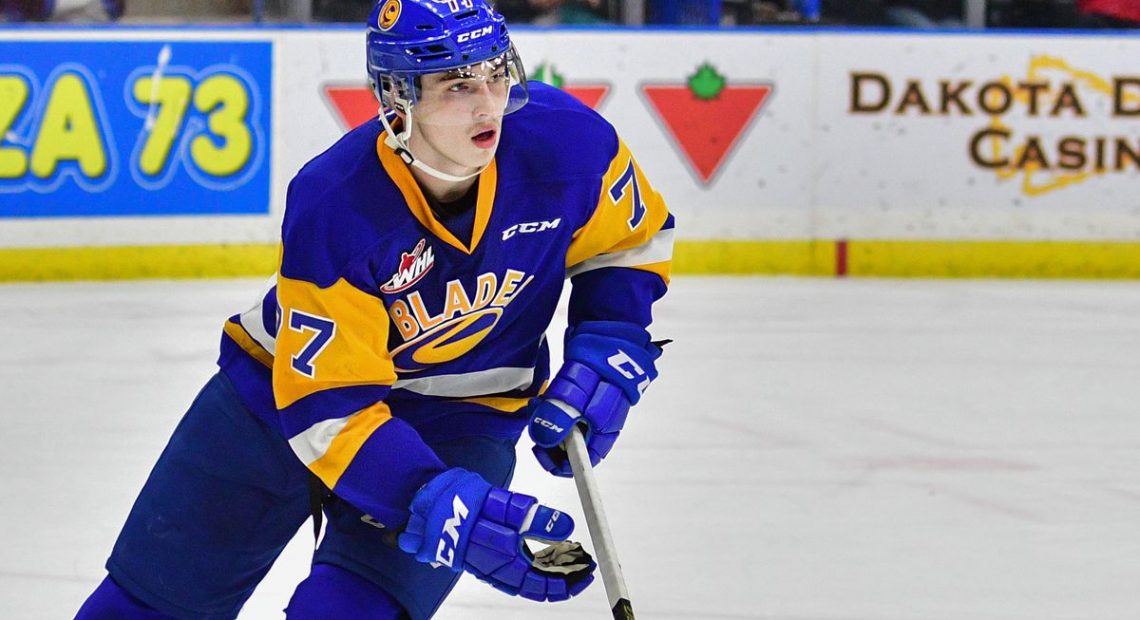 I knew it would happen this morning, and Jay Zawaski pretty much told me it would happen. But I didn’t do anything about it. Anyway, this isn’t about me. The Hawks used their third pick to take Kirby Dach out of the WHL.

So what’s Dach’s deal? If the Hawks tell you they weren’t smitten by his size, they’re lying through their teeth and even those are false. However, that’s unfair to Dach to merely call him a big body. As far as vision and hands, most will tell you Dach’s are only second to Jack Hughes, and might even be a match. He’s a highlight reel waiting to happen, and if hockey were to ever have a Magic Johnson type-passer, here you go. Dach is going to send a few fans, and one certain color analyst, into orbit a couple times with his deferential play, but the plays he will make probably make up for that. And you can add looking for your own shot to one’s game over the years. You can’t add how they see the ice.

Dach skates very well for a player his size, so if you’re having shivers about another Strome or Anisimov, don’t. He’s a better skater than both of them now by some distance and that might improve. 73 points at 18 in the WHL, probably the realest league of the CHL, isn’t anything to sneeze at, though it’s not galactic.

The drawbacks for Dach are that some scouts, ones that probably snort a lot, believe he can be pushed around and out of games. There’s also some question about whether he brings it every night, because the ability to dominate every game is there. He’s big but is going to need some time with Paul Goodman, and a lot of it. The hope for the Hawks, if any of that is true, is that A) Dach’s playoff performance in 10 games was something that refuted a lot of this, and B) being around Jonathan Toews will show him the way. We shall see.

So what does this mean for the Hawks next year? Stan Bowman said after the pick they’re going to give him every chance to make the team this year. So look for him to get at least some if not all the nine game tryout, and he’ll have to kill it to stick. But if the Hawks are determined to get him on the team, you’d have to believe that Artem Anisimov is a goner. We can only hope. Still, it’s a little strange that no later than 2020-2021, the Hawks will have two sizable, pass-first centers. Then again, you can’t ever be too deep down the middle. So whatever.

Still, the Hawks still have no answers on the blue line. They have no one poised to be on their top pairing who can either do it or is ready for it, and that’s going to need addressing. Even if Dach makes the team, the top six looks short one finisher, though maybe after all this time Saad is going to be it (HA!). That also might need addressing.

There’s a lot of boom promised with Dach. There’s also a fair amount of bust. And whatever he is, the Hawks can’t be done. And the notion that Bowen Byram went next and will be in the division, and he solved a lot more than Dach does right now…well, good luck, kid.