What the Hawks will see on the other bench is the team that has been rippin’ and rompin’, New York Cac-a-Laka and Compton their way through the Eastern Conference. The Capitals sit at 45-11-5 (really? 11?) and have an outside shot at eclipsing the Wings’ record of 62 wins in a season. Every night, even though they haven’t quite looked as dominant lately, they just seem to find a win. Even last out against the Wild they were pretty middling for 40 minutes, and then two goals in the third later they’re all shaking hands with each other again.

For any team to put up this kind of record, there has to be a slice of fortune going along with it. The Caps are actually only a “good” possession team, sitting just ahead of the Hawks in score-adjusted CF% at 51.6. What they do have are some elements you’ll recognize. A great goalie (though one who’s been stepping in it of late), a power play that can’t stop, and a generational scorer at the other end. Braden Holtby has been the Vezina front-runner all season, though in 2016 he’s only rocking a .907 SV% and was chased two starts ago by the sick bay Canadiens. At the other end, Alex Ovechkin only has put up his eighth 40-goal season in his career. Which in this day in age is simply stupid. There are so many stats that can point out the unicorn nature of Ovechkin’s scoring, but the one I stumbled upon that I like best is that since he came into the league he’s outscored everyone by almost 200 goals. He’s put up 515, and the next is Iginla at 356.

But the Caps are more than a goalie and one scorer. That’s as their #2 center, Evgeny Kuznetsov is the fifth-leading scorer in the league. There are few with better vision than Kuznetsov, who is particularly dangerous when he gets behind the net. He’s anchoring a second line with Justin Williams and Andre Burakovsky, who has 16 points in his last 16 games and comes equipped with one of the best releases in the game.

It’s a deep forward corps, with honest foot soldiers like Jason Chimera, Marcus Johansson, Jay Beagle, Michael Latta (both could return from injury tomorrow) and what the fuck we’ll throw in Mike Richards on the list too. There’s always Timothy Leif around to make engine noises while he skates around the ice as well.

The Caps will show up without their best d-man in John Carlson who will miss the next month. That would be a huge injury if the Caps had anything to play for, which they do not. It’s still a pretty solid group, with Matt Niskanen doing everything right next to Karl Alzner. Brooks Orpik has somehow not been a disaster, partnered with one of the more dynamic offensive d-men around in Dmitry Orlov. Even Taylor Chorney and Nate Schmidt have been respectable. Their record is mostly deserved.

For the Hawks, Ladd will slot right in to Toews’s left wing. Fleischmann was flanking Teuvo in practice, along with Desjardins. Eventually that will be Shaw’s spot. Ehrhoff is unlikely to play, perhaps to get some NHL practices under his belt after being in the AHL for the last little bit.

If you remember games with Trotz teams in the past, then you know how this goes. It’s a not-trap, in that it’s a trap higher up the ice where the Caps d-men don’t sink back from their points until they have to, they’ll gum up the boards on teams trying to break out and try and force turnovers when they go up the middle. It’s the only way, and you have to be quick and clean when you do it. Should you achieve that you can streak wingers behind the pushed up defense of the Caps. The Caps also attack in fours and fives, so the forwards have to backcheck hard to split it up while the Hawks’ defense tries to squeeze the neutral zone.

The Hawks are beyond using these games as any sort of measuring stick, knowing most results before April don’t mean jack or shit. The Caps might want to see what they have against the team most likely to come out of the West, so the Hawks won’t be totally asleep for this one. Considering the firepower on offer on each side it should be an excellent ad for the league. With the Stars coughing one up at home to the Rangers and the Blues getting simply flattened by the Preds, it’s a chance to take over first and put some distance on St. Louis. Should be a good one.

If you’re going to the game make sure to pick up a copy of our gameday program outside the United Center. If you’re not, you can get the digital version right here.

The Committed Idonije – Bears v. Lions Is Now Out 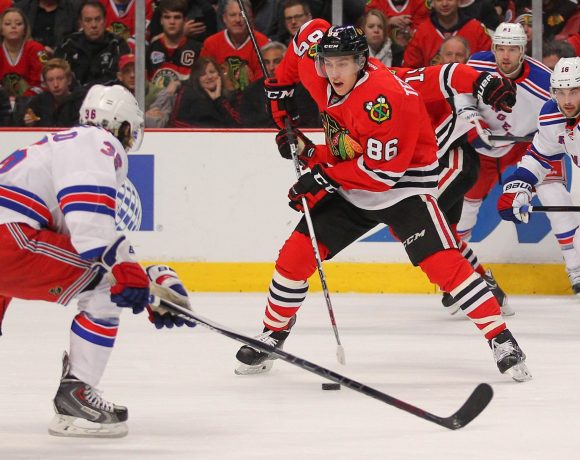 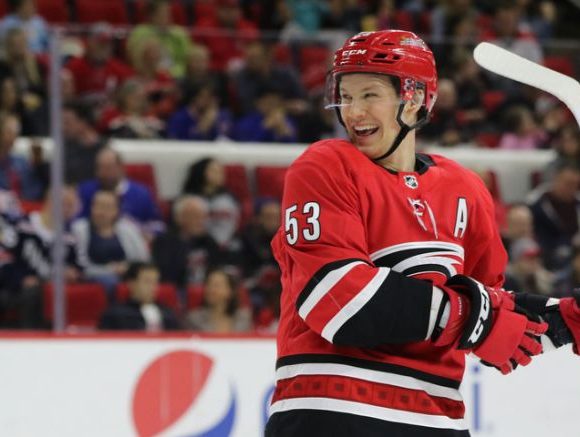