Luis Robert and The Importance of Impatience 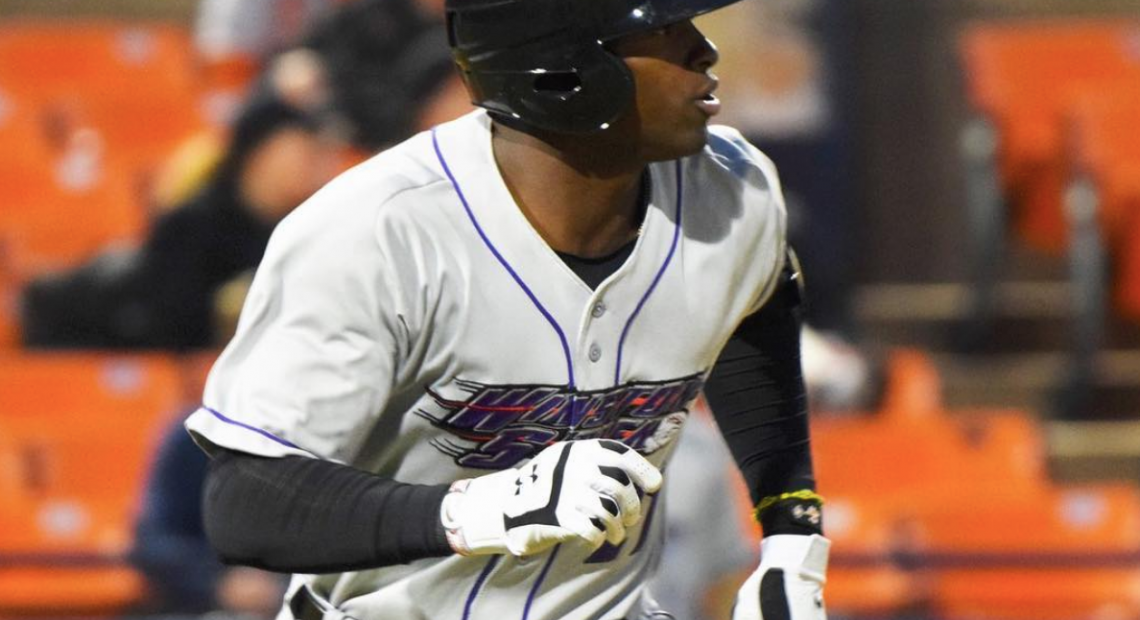 There have been so few things to get truly excited about with the White Sox so far this season that trying to figure out which one of them is the most exciting is kind of like a weird version of a positive Sophie’s Choice. In order to identify or work yourself up about any one of them almost feels like you’re ignoring or discounting the rest of them as not good. At the big league level there has been the dominance of Yoan Moncada and Tim Anderson coupled with Eloy Jimenez‘s encouraging start, but other that the big club offers nothing but disappointment. Plenty of the prospects are off to good starts, with Dylan Cease making a case to be in the Bigs by May, but for the me the biggest Sox story going right now is the pure dominance of Luis Robert in Winston-Salem (A+).

It’s not exactly surprising that Robert is playing well in A+ ball, because he’s probably among the most physically imposing players at the level and almost certainly the most athletic player. At 6’3″ and 185 with 70 grade speed, Robert would probably fit in just as well on a football field as he does on the baseball field, if not better. And while MLB Pipeline rates his hit and power tools at 50 and 55 respectively, he’s easily creeping more toward 60 grades on both.

In a perfect world, had Robert not dealt with and missed significant time due to injuries last year, he probably would’ve been in AA to start this year with optimism on him being in Chicago come August or September. There were some scouts who said Robert would be MLB ready by 2019, and Sox fans certainly hoped as much as well. While that hasn’t worked out, it’s pretty clear that he won’t be in North Carolina much longer, as keeping him away from Birmingham longer than Memorial Day would just be negligent to his development.

Through ten games now in Winston-Salem, Robert is slashing an eye popping .477/.521/.977, and before a two single game on Monday night that slugging percentage had been four digits. So far 10 of his 21 hits have been for extra bases, and half of those have been dingers, with a few of the monster variety. There may be valid arguments for letting Robert spend a bit more time in Carolina, but I have yet to hear a convincing one. He’s reached the point already where he is clearly not being challenged by what A+ pitchers have to offer.

A move to Birmingham and the challenges of AA baseball would prove to be the ultimate test for Robert’s offensive prowess. Regions Field is one of the most brutal to play in, especially for a power hitter given the deep outfield. And given that AA ball is full of pitchers who can pump 97+ MPH heat but lack control, which is almost definitely harder to hit than pitchers who pound the zone, if Robert can continue his torrid pace there, any doubt there may be about his sky-high ceiling would be removed.

That’s not to say that the Sox should be in any rush to get Robert to the majors. If he were to get to Birmingham and struggle, they would be smart to slow play that process and let him continue to develop there, but that would still be better for his development than just continuing to mash pitching in A+ when pitchers are clearly overmatched by him at that level.

But if Robert gets to AA and continues to rake, there is no reason for the Sox to even thinking about the brakes on his development. Given the quality of talent – or more accurately, the lack thereof – that they’ve been trotting out to center field this year, getting Robert out there would be a major upgrade both talent wise and from a watchability standpoint. And with the Sox having targeted 2020 as a potential contention year, getting him involved in the MLB as soon as possible only helps them inch closer to that becoming a reality.

I’m not saying they should or need to take the Juan Soto approach with Robert and call him up to the bigs if he dominates AA ball for two weeks. The contention plans and timelines of the 2018 Nationals and 2019 White Sox are nearly polar opposites, regardless of how last year ended for Washington. But Robert has the kind of talent and ceiling that should essentially remove any need for the cautious approach. If he doesn’t stop raking, don’t let him stop ascending.