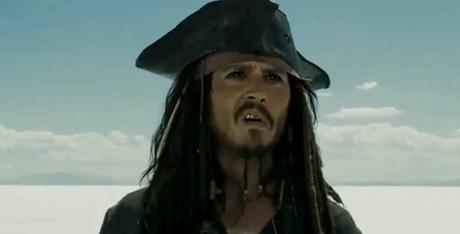 I think that picture perfectly sums up where we are now and what we’re all feeling. Confusion in a desolate place that we have no control of getting out of ourselves. We only need an army of crabs to guide us to the sea. Maybe we should start with Patrick Kane’s.

There are just some thoughts rattling around my head as we come up to the actual date that will mark the first time we really should have been at the UC and discussing other things. They’re all kind of infuriating.

-It’s been mentioned before, but the staring contest part of this is by far the most deplorable aspect of this. I know, negotiating tactics and all that. But this inhabits a different stratosphere than say, a bunch of machinists striking against the airlines or something. “Well we put our proposal out and now we’re waiting for their proposal but they said that they made their proposal and now they want our next proposal but we didn’t think it was a proposal and ours was  a proposal and they’re bad men and stupid heads and we just need a proposal.”

Neither side wants to be perceived as blinking, for that might indicate weakness that the other side can feast on and get more concessions. But you’d think the adult way to handle that then, if either or both sides actually wanted to come to an agreement any time soon, would be something like they could each just put their proposal in a box in adjoining conference rooms or something and hand them to each other at the same time. They could even put up a curtain or something, or have some sort of official give a command over a speakerphone so they do it at the exact same time and no one has to go first if that’s so fucking important.

But of course, that would mean anyone having any inclination to act like an adult.

-I feel like an under-reported and discussed aspect of this travesty is that it’s being led on the owners side by guys who are actually making money. When the NBA locked out last season, it was led by the Utahs and Sacramentos and Portlands. These teams were actually drowning, and had cause. It took Cuban and Buss and Dolan to sort of beg the other owners to end it, which while not desirable at least makes some sense.

Because of the gag order, we don’t really know what’s going on. But we see enough reports from enough trusted people to know that it’s Boston’s Jeremy Jacobs and Philly’s Ed Snider really driving this bus. We haven’t heard dick about owners from teams that are actually struggling.

How can this be? What possible motivation could these two thumb-dicks have other than to clear couple more zeroes on their balance sheet? It’s not like they’re trying to save their investment or team as those in Florida or Dallas might be. And don’t tell me they’re on a crusade for their compatriots, because I’m just going to go out on a limb here and say Snider and Jacobs give a flaming turd for their poorer partners in the league.

But because of the system Bettman has set up here, where a 3/4ths majority is needed to overrule him, he doesn’t need that much. Jacobs and Snider can find five or six buddies or people just afraid of them to go along with them, and Bettman has all the power he needs. It’s especially sickening from Snider, not only because he’s the one signing everyone to these ridiculous contracts. But he owns Comcast, so his local TV deal and a portion of the NHL’s national one basically goes from one of his pockets to the other.

You wish the NHL had someone like Mark Cuban, who didn’t care about the fines and went and talked anyway about how silly it all was. I’d love to know what some of the other owners are thinking.

-I didn’t even think about this until I saw someone write about it on Puck Daddy yesterday, but the atmosphere around this lockout is so different than the last time. There wasn’t a recession around the last one. And while I don’t care for the “millionaires v. billonaires” characterization of these things, there is an element of tone-deafness about this at this time that is pretty sickening. It played a part in the teacher’s strike here, a labor dispute that actually affects lives, as the teachers quickly ran out of sympathy from a large swath of the community that had lost all the benefits they were holding out for due to the porous economy and job losses.

With disposable income at a much lower level for people than it was eight years ago, you’d think these two sides would want to think long and hard about how much they want to start threatening those who hold that precious some. But again….tone-deafness.

-I know some people are a little panicked at active NHLPA member Henrik Zetterberg heading out to Europe, as it could signal that this lockout is going forever. It could. But if you want some oxygen, it could be precautionary, as spots that can be insured are starting to dry up  a little bit. Also, this could be a directive from the PA to show the owners the players’ resolve. I wouldn’t get too worked up about it until you have to.