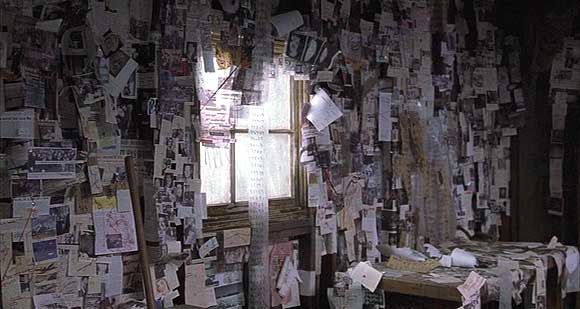 It’s not often we’ve sat here with the Hawks having a losing streak this long (although, full disclosure, I think a losing streak that includes two losses in the gimmicks that come after 60 minutes shouldn’t really count, but here we are. A different breeze and the Hawks merely would have lost three of five). When dealing with something unfamiliar there’s a tendency to overreact, if not outright panic. The Hawks do face some issues, so let’s get to them.

While Joel Quenneville doesn’t want to admit it, the biggest problem on the power play is that the Hawks can’t get into the zone consistently and with control. The Hawks, at least at the moment, aren’t a great forechecking team. If they were to dump the puck in, who do you trust to go get it back? Saad? Toews? Anisimov can’t get there in time. Panik maybe? Again, you can’t really say for sure with any of them.

So the Hawks want to carry it in all the time, but other teams know this. They’re standing up at their line, and also dragging one behind to counter this dumbass, drop-pass to Kane to let him do it all himself. That doesn’t work unless you’ve somehow backed at least a couple penalty killers off the line.

But like everything else on this team, it’s hard to know how to line that up. Do you put Toews and Saad on one unit? Let’s run with that. Have them with Schmaltz. Run it through Schmaltz on the left half-boards, mirroring what you’d do on the other unit with Kane. Have Forsling on the point and Anisimov playing, “Annette Frontpresence.” This gives Schmaltz three passing options from there–the point, cross-ice, and high slot–all of which can one-time a pass. If teams start to cheat there and smother, Forsling and Saad/Toews can exploit that space on the other side.

You’re other unit can have Kane running things as usual, with Seabrook, and Top Cat the threats at the point and cross-ice. This is what ADB does and really hasn’t been allowed to. He’s also nifty enough to run things himself if Kane is being smothered. It lacks a right-handed shot to occupy the high-slot, but Keith has played the rover before. It’s not ideal, but you can live with it.

Does that solve your entry problem? Not entirely. The “Kane Unit” doesn’t really have a QB, and I’m not yet convinced that Forsling is one yet on the other. But given how teams are just standing at their line, soft chips into the corner should be recoverable. And you only have to do it for a while before teams at least have to account for it.

And the Hawks just have to pick something and stick with it. This is what we do and we’re going to do it better than you can defend it. Changing your plan every single power play lets both your team and the other one you have no confidence and you have no answers.

The other option is to just team up Kane, Schmaltz, and Top Cat and let them do what they did in the preseason on the power play. Never stop moving, create angles where no one saw them, and just let Anisimov stand there with that dumb look on his face and bank it off him. I know sending three guys out there and saying, “Try shit,” isn’t a great tactical plan, but it probably works better than this.

-The waiving of Tanner Kero today probably signals that Vinnie Smalls is on his way up. He’s not going to solve everything. He’s probably not going to solve much at all. He makes the forwards faster, but speed isn’t the problem at forward. It’s a problem in defense. We’ll save the #FreeKempny discussion for another time.

However, Q’s slotting of Toews down the lineup seems to be something of an admission that he’s a different player than he was. I’ve been calling on the podcast to slot Schmaltz between Saad and Panik, Top Cat with Kane and Anisimov, and Toews between Hartman and whatever other goof you want. Make the other coach pick whether or not Toews gets to see third lines–which I’m fairly sure he will murder–or if they’re going to still treat him like ’13 Toews, freeing up your top two lines. I think he’s slowly getting to this.