Tonight is the biggest game of the year so far for the Blues, because of course it is. They currently sit two points back of the Hawks having played one more game, but trail in the regulation win column by six. Given the injuries the Blues have dealt with this year, it’s impressive that they’re still in the conversation for the division, but GM Doug Armstrong did his team a disservice by not only standing pat, but by openly mocking the LTIR process through which they could have manufactured some cap space, calling it cap circumvention. That’s not only a move covering the ass of ownership who isn’t exactly printing money at the Drink Scotch Center, but also adds fuel to the fire of the team’s inbred idiot fanbase who still believe that the Hawks have bought their three recent cups, because everything in St. Louis have to be done the right (read: white) way.

Even with this team currently missing Alex Steen, getting Jaden Schwartz back is probably a net win for the forward corps, particularly when playing on the opposite wing of Vlad Tarasenko. Schwartz has 9 points in 11 games since returning, with Tarasenko potting 8. Jori Lehtera continues to be one of the most quietly baffling and terrible contracts in the league, with 8 goals and 20 assists for a $2.75 hit this year, jumping up to $4.7 next year until 2019. And he’s the Blues’ top center. But even still this line contains the only East-West unpredictability up and down the Blues forward corps. Rob Fabbri (Milli AND Vanilli in one person) has been a nice addition as a rookie and figures to be an irritant for the forseeable future, but he still has a pretty unidirectional game. CAPTAIN David Backes is back to eating puppies at center, albeit on the third line in a defacto checking role, and at home he’ll probably square up against Toews much of the night. The Blues’ fourth line of Scottie Upshall, Kyle Brodziak, and infectious human waste Ryan Reaves is really one of the top scumbag units of recent vintage in this league.

On defense the story remains the same as well, with Jabe O’Meester and Alex Pietrangelo acting as a human shield taking the top assignments while Kevin Shattenkirk is allowed to freelance against lesser competition with better zone starts on the second pairing. Colton “Burpo” Parayko has cooled off after a hot start, with only one goal since before Christmas.

With Brian Elliott also now hurt, Jay Gallon will get the start in net, and since returning from a six week injury absence a couple weeks ago, he’s had a .905 save percentage in six appearances. That’s been better in his last three however, with 30 plus saves against the Canes, Senators, and Wild respectively.

As for the Men of Four Feathers, while the game is important within the context of the division, it’s clearly not important enough to them to have a less than 100% Marian Hossa play, as Hossa took the morning skate today but will not dress tonight. That leaves the lineup essentially the same as it was on Sunday, with Christian Ehrhoff still sitting in place of Trevor Van Riemsdyk, who it appears is approaching Bollig levels of unscratchability. Corey Crawford of course gets the start in net.

Though their overall possession share has dipped this year, the Blues still do a great job of limiting attempts at evens at home, with a mere 48.7 allowed per 60 minutes of 5v5. Factor that in with top 10 units on the kill and the advantage, and it will be tough sledding as usual. But these are still the Blues we’re talking about, and even the slightest elevation in stakes causes the blood to boil over on the ice and in the stands.

It’s the same plan of attack as always – if the early physical onslaught with the Blues forwards taking runs can be weathered and power plays can be capitalized on, then the dam will eventually break and a river of note-clad forwards will flow into the penalty box for the remainder of the game. But if the Blues get up early, the Hawks will pack it in and allow this team to ascribe more meaning to a regular season win than anyone in his or her right mind should, even if this one could swing things for seeding in a month. 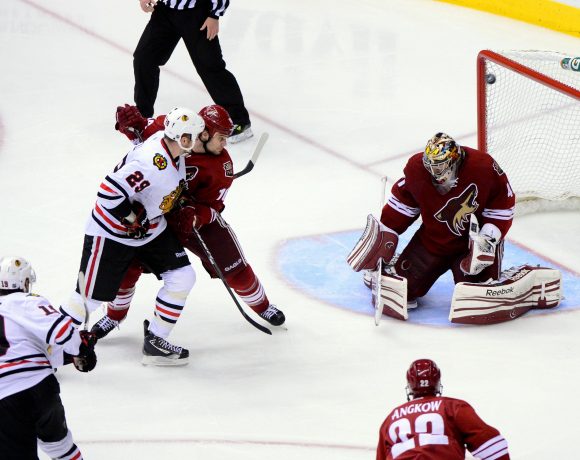 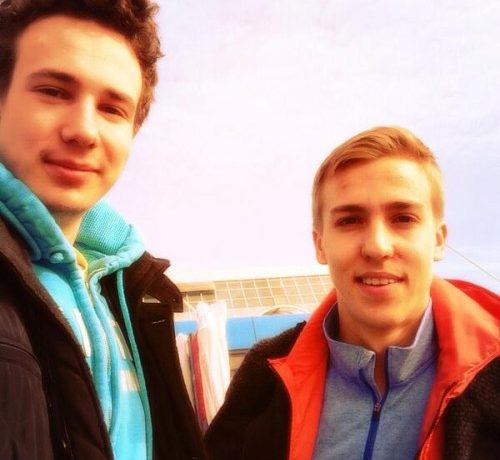 Sprint Time And Other Notes