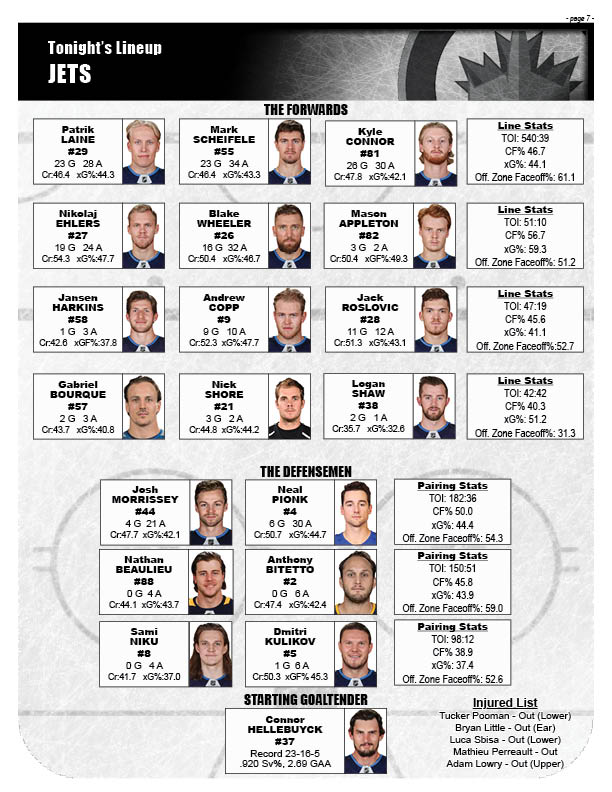 Notes: On the injury front, Josh Morrissey has been skating but isn’t close to returning, so that’s why Beaulieu is up with Trouba…Scheifele has been scuffling of late, with just two points in his last six games…Byfuglien returned from injury on Saturday, but it didn’t have the desired effect as they still lost to the Habs at home…Hellebuyck has been on a real heater in March, with a .926 after being pretty middling most of the year. He’s their great hope going forward…Captain Stairwell has fit in nicely on the second line, but wouldn’t seem to be the pure passer to maximize Laine…

Notes: It might be that Sikura is scratched in favor of John Hayden, not that anything matters at this point…Caggiula looked ok on his return, but he’s just a guy and we’re not exactly sure what Dylan Strome is supposed to do with that line. Then again, he has to prove he can be successful with someone else other than DeBrincat at some point…Is DeBrincat now a better goal-scorer than Laine? Discuss amongst yourselves… 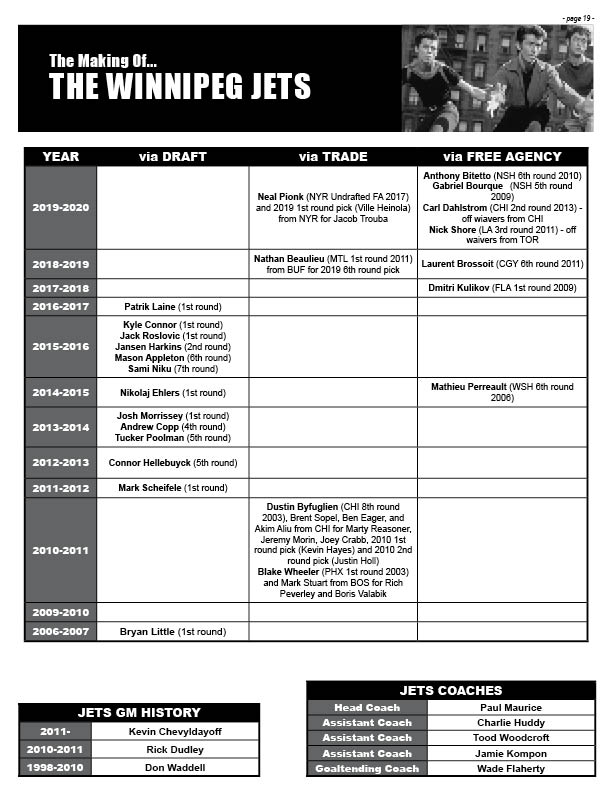